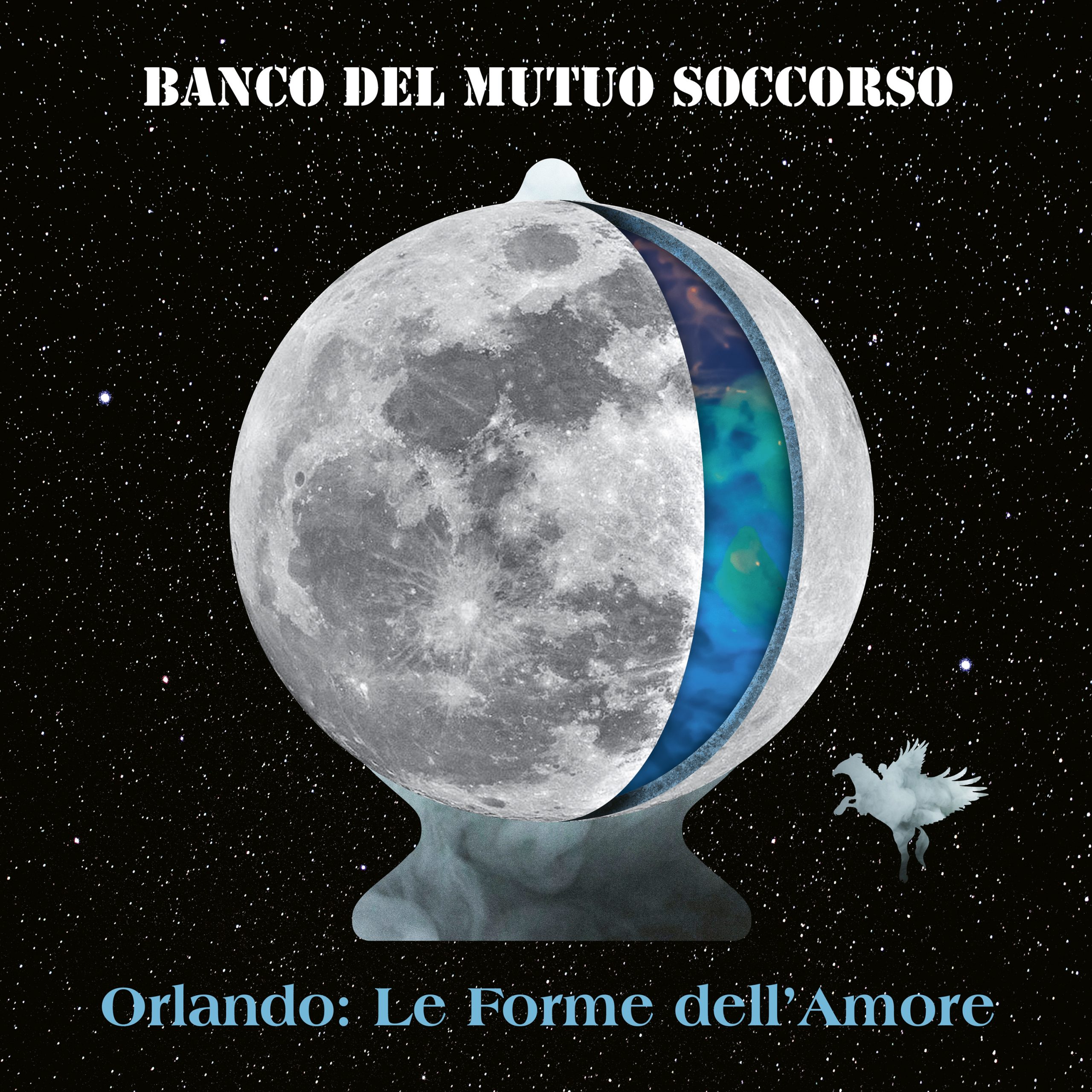 Banco del Mutuo Soccorso are a legend in the Italian progressive rock scene. Founded in 1970 by brothers Gianni and Vittorio Nocenzi, the band quickly gained popularity at home as well as internationally, thanks to their original take on progressive rock, mixing the influences of British bands like ELP and Gentle Giant with distinctively Mediterranean sensibilities harking back to the Italian “bel canto” tradition in opera. Iconic albums like Darwin! (1972) and Io Sono Nato Libero (1973) earned Banco a place among the “big three” of the Italian prog rock scene, together with Le Orme and PFM. Throughout the years, the band continued to release a steady stream of albums, but their career risked coming to an end after the tragic and untimely death in 2014 of their iconic lead singer, Francesco Di Giacomo. However, Vittorio Nocenzi found the strength to continue and recruited a new bunch of exceptional talents for his band (singer Tony D’Alessio behind the mic, Nicola Di Già on guitar, Marco Capozi on bass and Fabio Moresco on drums). After releasing their come-back record Transiberiana in 2019, Banco return this September with their 18th LP to date, Orlando: Le Forme dell’Amore (Orlando: The Shapes of Love), an ambitious concept album centered around Ludovico Ariosto’s XVI century epic poem Orlando Furioso (Raging Roland).

The album had a long gestation period, and some of the songs go even back to the years before Di Giacomo’s death and have been reworked extensively since then. The time and effort Nocenzi and his bandmates put into the project definitely pays off, though. Orlando is probably one of the best progressive rock albums I had the pleasure to listen to in recent years. It combines the textural and compositional depth of classic prog rock with an incredible sense of melody, striking a remarkable balance between complexity and accessibility. It is no mean feat. The history of prog rock and metal is rife with albums that seem written exclusively for the pleasure of those playing them, where displays of technical prowess and compositional complexity come across as sterile means without an end. With Orlando, Banco show that virtuoso playing and intricate, multi-part arrangements can also be used to convey emotions and to tell engaging and relatable stories. 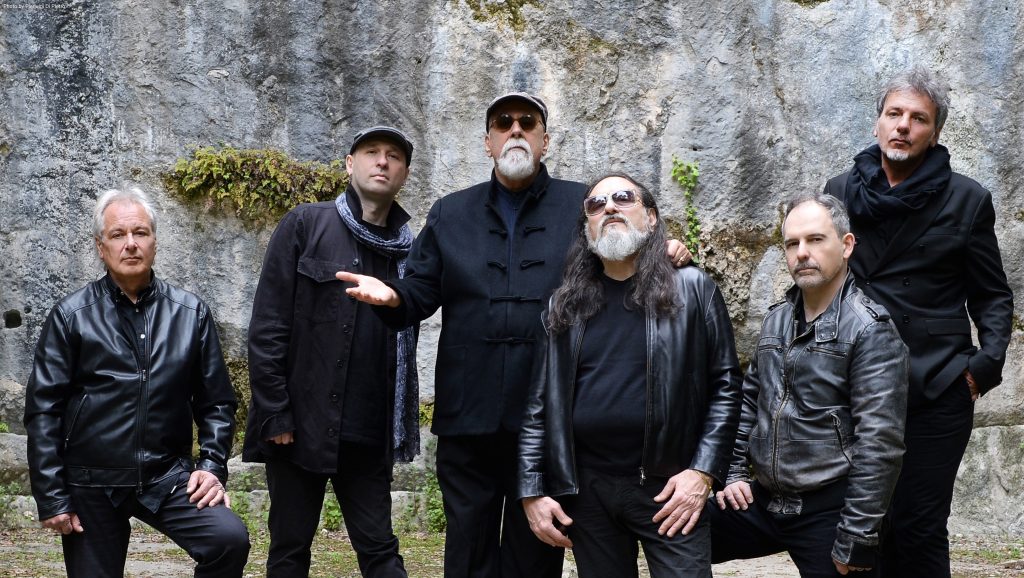 The way the album is arranged oozes class and sophistication. Each instrument is a voice in a colourful and ever-changing orchestra. Melodic lines get swapped between Nocenzi’s keyboards and the guitars played by Di Già and Filippo Marchegianni. Capozi’s bass is used both as a melodic and rhythmic instrument, depending on the needs of each song, while drummer Fabio Moresco is equally apt to switch from track to track between steady rock-tempo keeping and nimble playing. A vast array of compositional techniques is used, in a way that is always functional to the album’s narrative. In “Non Serve Tremare”, Angelica – one of the protagonists in Ariosto’s poem – runs away from the violence of war. The alternation between 3/4 and 7/8 and minor / major scales is a great expedient to create tension and release, capturing Angelica’s ambivalent feelings of fear and hope. The use of chromatic elements in “La Maldicenza” perfectly convey the perversion of gossip and slander. Elsewhere, delicate acoustic arrangements allow the band to express the more romantic aspects of Ariosto’s poem, whose themes of love and yearning are as important as the tales of heroism and war (“Serve Orlando Adesso”, “L’Amore Accade”).

But the beating heart of this album are the fantastic melodies that run through its 15 songs, making them so memorable and unique. There is something about the way the melodic lines are constructed that I find absolutely mesmerizing. It is not just that they are catchy and instantly accessible. They are also dramatic, interesting, and extremely rich in the spectrum of emotions and mindspaces they explore – from melancholy, to epicness, to raging fury. A former Italian X-Factor contestant, Tony D’Alessio is an incredible talent, and his full, expressive voice is the ideal conduit for the album’s melodic ideas. His heavy metal heritage (he played in a handful of minor Italian prog metal acts in the 1990s) allows him to be very convincing in chanting the rages of war (“La Pianura Rossa”), but his voice can also caress the ear in the mellowest passages. The singer’s histrionic performance is certainly one of the highlights of the record.

Another thing that stood out for me is how current and relevant Banco’s music sounds still today. It’s fair to say that many classic prog rock bands that are still releasing albums today, have not aged terribly well (Yes, for instance). These bands’ sound is firmly rooted in the 1970s and it’s difficult to shake off the impression that the same musical ideas are being recycled over and over again. Banco do not allow their music to be fossilized in the 1970s, but experiment with new sounds and techniques, from the user of vocoder to samples and loops. As a result, Orlando sounds fresh and contemporary. The unnerving opening bars of “Non Serve Tremare” nearly catapult me into a Radiohead’s album, while elsewhere the music incorporates the influence of contemporary Italian “musica leggera” (singer-songwriter / pop music) in its most sophisticated forms (Franco Battiato). Meanwhile, songs like “Serve Orlando Adesso” and “Non Mi Spaventa Piu’ l’Amore” look beyond European musical traditions and are built around a milonga rhythm.

The music is brilliant, but I must say it’s not fully supported by the sound production, which is a tad too light and weightless for my taste. The instrument separation is fairly extreme. While this helps in picking up the melodic and rhythmical figures played by each musician, it reduces somewhat the overall impact of the music. Moreover, the drum sound is pretty thin, which is a problem in the record’s heaviest passages (“La Pianura Rossa”). I wish the production could have been fuller and “meatier” to give the album the bigger and deeper sound it needs. I also felt the LP is perhaps a bit too long for its own good (just over 76 minutes). It’s actually not length per se that is the problem, but the way that the album’s narrative seems to get a bit garbled towards the end. The record achieves its emotional peak with the beautiful ballad “L’Amore Accade” (sung by guest vocalist Viola Nocenzi, Vittorio’s daughter) and one would expect things to wind down and conclude shortly afterwards. In fact, the song is followed by the quiet and meditative “Non Credere Alla Luna”, whose cathartic bluesy coda feels just like the perfect place to end the record. Yet there are three more tracks and over 20 minutes of music left, including the mini-epic “Moon Suite” which alone lasts 11 minutes. While each of these songs is quite beautiful per se, they feel unnecessary in the context of the album, spoiling somewhat the emotional arc that the album’s narrative had traced up to this point.

Orlando is nevertheless a stunning return for Banco del Mutuo Soccorso. The album possesses the timeless elegance and beauty of the best rock operas out there, masterfully combining melodic accessibility with the virtuoso playing and complex arrangements of prog. It is epic and romantic and it feels modern and relevant. As such, it can appeal to a host of different fans, from 1970s prog rock aficionados to younger metalheads who may have a soft spot for musicals and theatrical repertoires and artists (Trans-Siberian Orchestra; Arjen Anthony Lucassen – especially his latest Ayreon’s album Transitus). Highly recommended!