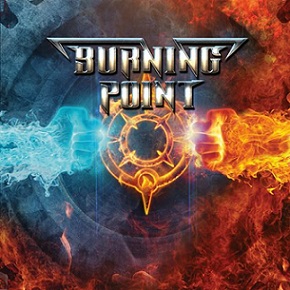 Finnish Burning Point have been one of power metal’s steadiest bands since their debut Salvation by Fire in 2001, with Burning Point being their sixth album to date, but they haven’t really garnered too much of attention throughout their career with reviews often being pretty middle of the pack as well. Equipped with three new members, their self-titled album now seems to be some sort of re-boot and one of the lynchpins of this is the addition of former Battle Beast singer Nitte Valo as new vocalist.

Now Burning Point is not a completely new album per se, because out of the eleven tracks here, there are four new songs, one cover version and six re-recorded versions of songs from the first three albums. That being said, the edgy female vocals definitely add a dimension to their sound that they have been lacking so far and they might be on a good way now to be able to get a more pronounced profile out there. 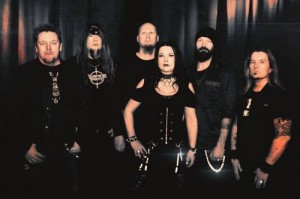 Out of the new tracks, sharp opener “In the Shadows” and energetic “Find Your Soul” definitely are among the best tracks the band around Pete Ahonen have ever penned, especially the former being capable of splitting a hair in half with its riff. Nitte’s edgy delivery fits the sound of Burning Point better than Battle Beast’s and she is single-handedly elevating the songs to the next level. Even older songs, such as “Signs of Danger”, “Dawn of the Ancient War” and “Into the Fire” strongly benefit from some added punch and her vocals.

Almost all of the choruses are very catchy, which lends to the songs’ memorability as well as a nice counterpart to the sharper guitar work, with the songs working the best overall, when they add a bit of crunch to them, whereas the slower and a bit “softer” compositions at times tend to lack a bit of excitement to keep up the attention, with semi-ballad “My Darkest Times” or the already mentioned “Queen of Fire” being prime examples for a drop in intensity and also quality and also give an idea why Burning Point are where they are at within the scene.

It would be obviously interesting to hear how a full album of brand new tracks with Nitte on vocals would sound, especially if these would be of the same calibre as “In the Shadows” or “Find Your Soul”. Either way Burning Point could be a turning point for the Finns and the newly found edge might very well be their ticket to more exposure. Never has their brand of power metal sounded so interesting!