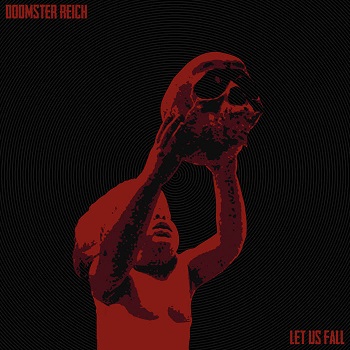 The End of Time Records

After releasing their debut full length in 2014, The League for Mental Distillation, Polish doom merchants Doomster Reich wasted no time in unleashing their next offering, a 2015 EP titled Let Us Fall. It was originally released as a digital download by the band before being picked up and released on CD by The End of Time Records in 2016. Let Us Fall is rather lengthy for an EP, clocking in at forty-three minutes, but the band only included four original tracks, opting to showcase three covers as a bonus.

Where the debut was rooted in jam band-styled psychedelia, Let Us Fall serves as a more focused effort. Doomster Reich offers fuzzed out doom metal for fans of Pentagram and Saint Vitus, and yes, the Hawkwind-tinged doses of psychedelic rock are still in full supply: just listen to “Come to My Kingdom” for a healthy dose. Rather than relying on the trippy wandering as a focal point, Let Us Fall sees the band bringing a doom metal album first and foremost. Sabbathian riffing and driving percussion lead the slow moving train out of the station, tendrils of smoke billowing behind. Bluesy leads and gruff, whiskey soaked vocals add a certain authenticity to the band’s old school approach.

Covering Pentagram, Saint Vitus and Bedemon should give one a good idea of where these guys are coming from. The covers are more than competent, giving their own take on some classic doom staples, but the EP’s standout is certainly the fifteen minute behemoth of a title track. Slow moving yet markedly catchy riffing, thunderous bass notes and simplistic yet head shaking percussion surround your senses as traces of psychedelic licks flit in and out quickly. It’s heavy, catchy and offers a great centerpiece for the release. 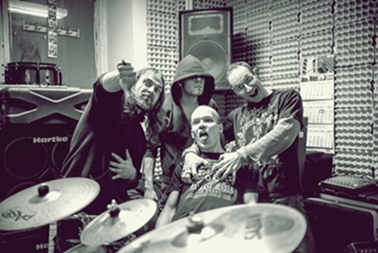 Despite everyone saying that you should never judge a book by a cover, Doomster Reich’s albums are an example of those rare instances when something should definitely be judged on how they look. The debut’s rainbow colored, distorted picture of a frog offers visions of an LSD trip that was backed by an album full of psychedelia, while Let Us Fall hearkens to a more straightforward and evil approach, conjuring images of Sabbathian grandeur. It’s a great step forward for these Polish doom merchants and one that should see a few heads turning their way.