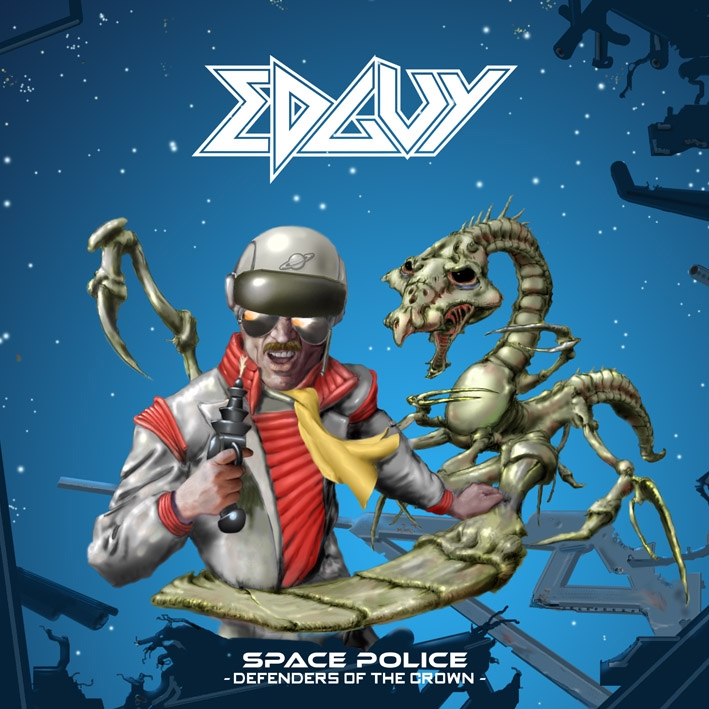 You have the right to remain…in space!

Reports of this album’s power metal roots have been greatly exaggerated. I’m not one of those purists (read: elitists) who decries a band when their sound changes or someone who clings onto the early Edguy albums as gospel. Aside from a fair amount of singles and isolated album listens, Edguy’s new album, Space Police – Defenders of the Crown, is my first real exposure to the band. I’ve heard the horror with which people detest the newer hard rock efforts of the band, and I’ve heard the general distaste with which people regard Tobias’ new lyrical motifs. Frankly, I don’t understand those opinions.

Just to get this out of the way, “Defenders of the Crown” and “Shadow Eaters” are the standout power metal tracks, complete with speed, catchiness, and soaring choruses. They wouldn’t be amiss on an Avantasia album, and the latter is my favorite of the album where it just seems that the band lets free on all fronts. Both tracks are undeniably going to wriggle their way to earworm status for all listeners, but it’s the hard rock in between that really seems to polarize this release.

Everything seems promising enough until you have a double take on “Space Police” when you hear Tobias doing his hilarious and unintentional mimicry of Focus. Fortunately for everyone, this is only a momentary hiccup, because despite the cringing that you bear witness to when listening to that portion of the song, the rest of the song remains focused and catchy, with an almost-anthemic chorus. The real pitfall of the album first arrives with “Love Tyger”, one of the blandest and most generic hard rock songs anyone could possibly come up. Tobias pulls off his best Brian Johnson voice, along with the trademark AC/DC riffing, to pull off an absolute borefest. Quite conversely, “The Realms of Baba Yaga” and “Do Me Like A Caveman” prove to be the best hard rock styled tracks on the album, with their memorable hooks, furious solos, and engaging structure. Tobias’ raspy delivery actually isn’t out of place on these tracks, and the songwriting doesn’t seem as phoned in as earlier. 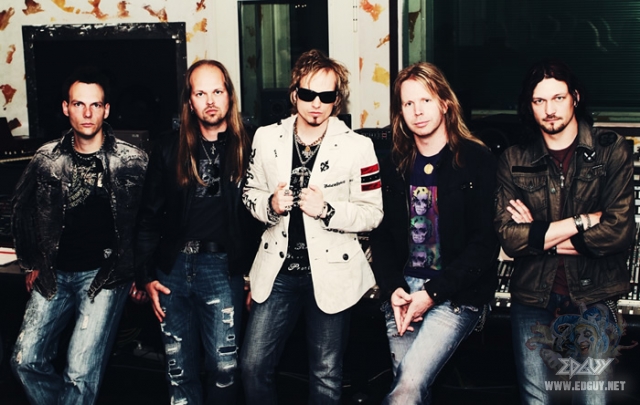 The insanely catchy cover of Falco’s “Rock Me Amadeus” provides some well-placed comic relief, or at least I hope it’s intended to, but the ballad rock song of the album, “Alone In Myself” and the subsequent “epic” of the album, “The Eternal Wayfarer” are rather monotonous and tedious to stick out all the way through. The latter overstays its welcome tremendously, and the former never creates an identity for itself. I can say without any hesitation that were it not for the current production and mixing standards, a lot of the portions of the album would not be amiss on an AC/DC or Journey B-side. That level of erratic genre-shifting just isn’t going to work to your favor, and dividing the fanbase within an album isn’t wise musicianship.

Siavash is The Metal Observer's college junior correspondent. Now working as a resident assistant at The University of Texas at Austin, he passes time by unfairly asserting his power over residents, crying over his prospect of finding an internship, and ping-pong. He plans to quit ping-pong soon.

One thought on “Edguy – Space Police – Defenders of the Crown”