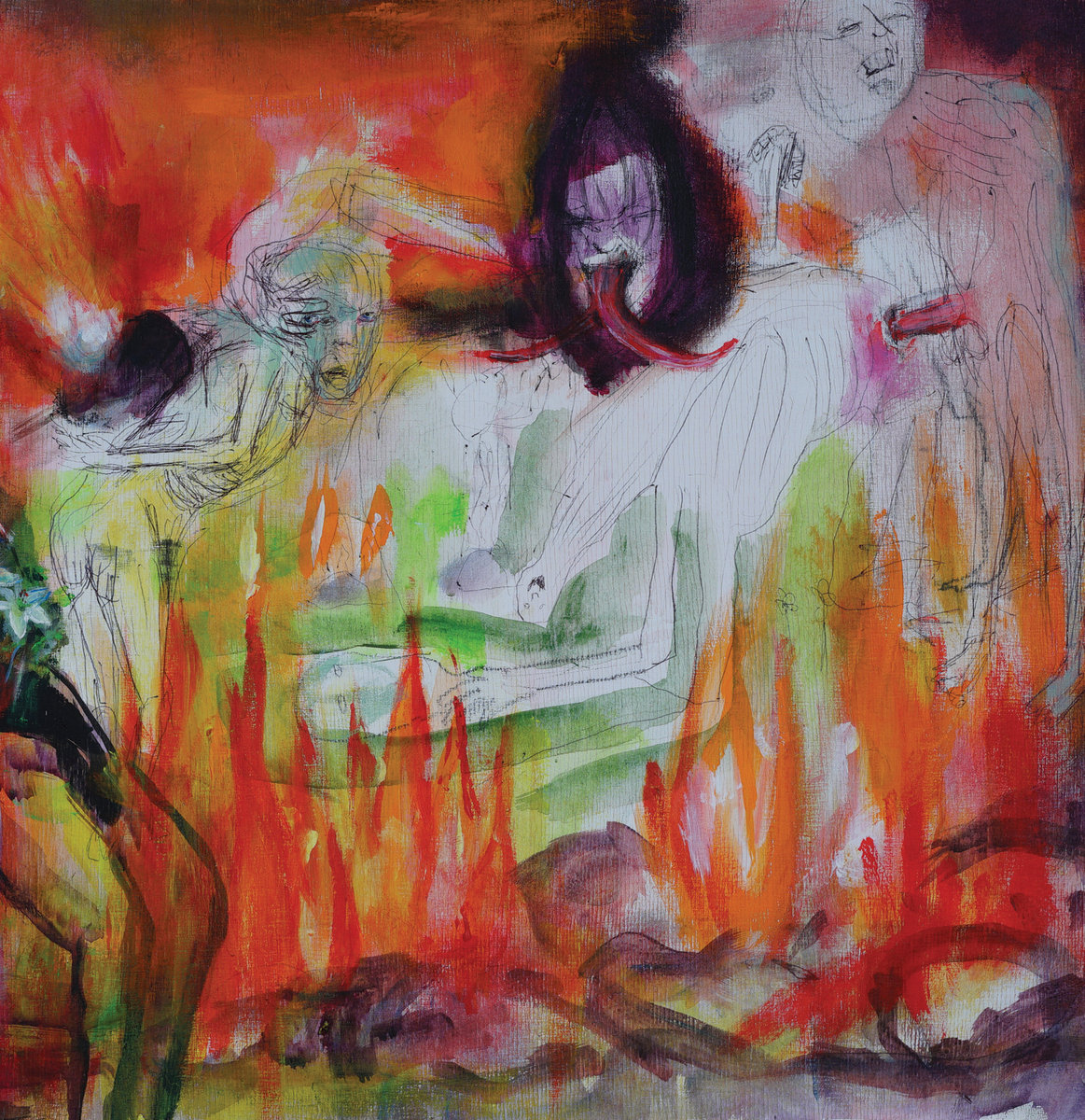 Have you ever been so angry and depressed that you turned Finnish? If not, listening to Fleshpress might make you reconsider. As it’s one of the many projects Mikko Aspa is involved in (Deathspell Omega, Clandestine Blaze, Stabat Mater), you cannot really expect anything too pleasant-sounding. However, if you appreciate the more manic and dissonant style of metal in general, Fleshpress play a style that should be right up your alley.

Right of the bat, the squealing guitars lead into a doomy trudge and dissonant riffs that indeed hint at some DsO moments. That is the four state corner of subgenres where Fleshpress operate – the ugliness of sludge, the slow desperation of doom, the dark simplicity of black metal riffs, and the cold distance of ambient. However, the music of Hulluuden Muuri the songs are somewhat impressionist in form, almost as if it were a jazz band playing the aforementioned monstrosity of subgenres. The production is also rather accessible and light, reminding me of what some post-black metal bands usually go for. Don’t expect the sound to overwhelm you. 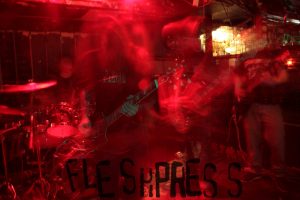 The intent of Fleshpress doesn’t seem to be tearing your soul (completely) to shreds. Hulluuden Muuri is ominous and intense, but doesn’t go over the top when reaching for these goals. Neither the sound, nor the instruments are being pushed too close to their limits. In fact, the guitars have a fairly playful flare to them – just listen to the leads in “Siintävän totuuden häikäisevä kajo”. The sole exception to this constellation takes form in the insane vocals. Screaming helplessly in Finnish, you can feel what kind of a scarring experience Fleshpress could become, but chose to subdue just a little bit.

However, the record’s relative accessiblity is hardly a downside. The best moments of the record come in tracks number 2 and 4 (… I’d rather not attempt saying their names out loud), both of which are poignant and built up very well. The album is relatively short at 33 minutes, and over a third of that time is dedicated to the final song, which is, in fact, the only song I’d consider bloated,  yet still enjoyable. The band sure takes its sweet time to do something worthwhile besides the token tremolo riff over a blastbeat. Then, a lighter doom section allows for a few good guitar licks until the crush comes again. But when all is said and done, the sense of climax is somewhat muffled.

Fleshpress are a group who seem to have a clear vision of what they want to do. With their latest effort, they succeeded in creating extreme music with a tinge of, dare I say, high-class culture. This is both a blessing and a curse. Hulluuden Muuri plays more like a caluculated artistic product than an honest-to-god bout of violent misanthropy. It is a record which is efficiently engaging, efficiently terrifying, but outstanding at neither.

From the strange country of Slovakia comes a metalhead and stand-up comedian. Living in Bratislava, he worked his way from Iron Maiden through a lot of thrash to a wide range of styles and bands. Even at 26, he has a strange knack for writing his own bio in third person.