Grave Digger is a band with an almost unbelievable longevity. Now in their fifth decade of releasing music, Symbol of Eternity is their twenty-first album, their catalogue besting even such giants as fellow German metal band Accept and the legendary Judas Priest. Throughout the years, their sound has shifted a good bit, but has stayed relatively consistent since the at least turn of the century. For those of us who like our metal on the rough and rugged side, those speed-infused heavy metal albums from the eighties are the best of their discography and sit nicely alongside the best that Germany put out in that era. But with the increase in popularity of European power metal, they shifted their sound into a smoother, more polished sound, loaded with flourishes and epic choruses perhaps best exemplified in their 2003 release, Rheingold.

Upon first listen, I didn’t like this album at all. At the time, I’d really just dabbled a wee bit with their later releases, as the only Grave Digger albums I spin with any regularity are the eighties ones. The initial experience of hearing such over-produced music was disappointing, but production isn’t everything and I firmly believe that music can and should be judged on its own merits whenever possible. So after setting my biases aside, I did find plenty to like here. And to be fair, if you’re going to do European power metal, high-level production is pretty much essential to the sound; speedy and gritty guitars simply don’t mesh when you have full choirs backing up every chorus. But the compositions themselves are arguably the strongest aspect of this record. From the opening scorcher of a riff in “Battle Cry” to the epic choruses in “Heart of a Warrior” and “Grace of God”, I believe the strength of the music would be apparent to almost any honest listener.

The album’s central theme is wartime atrocities committed in the medieval times, most specifically those executed in the name of religion during the Crusades in the Middle East. Grave Digger cleverly take this opportunity to incorporate Middle-Eastern melodies and instrumentation in tracks like “Nights of Jerusalem” and in the brief but hauntingly beautiful “Saladin”. But the title track is perhaps the most perplexing one of all: it starts with a droning, doomy, Saint Vitus-esque riff that segues into acoustic arpeggios, followed by the harshest vocals you can imagine that could still have a measurable pitch associated with them. And then the first vocal phrase ends with a borrowed fourth chord – something I’ve heard in a bunch of Beatles songs but never once in a metal song. 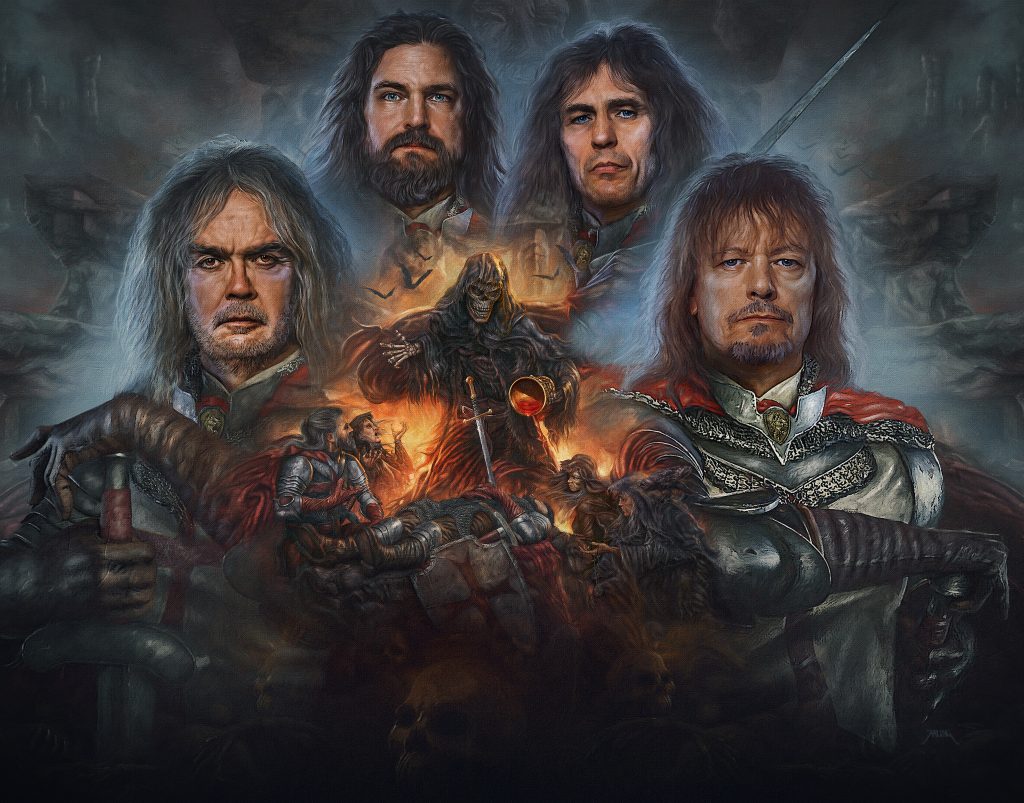 Ambitious, to be sure. But does it work? Hard to say. I can certainly appreciate the effort to create music of variety and depth, but the incongruities are sometimes a bit too much to swallow. Chris Boltendahl clearly has amazing vocal abilities, but the over-the-top harsh delivery over pristine guitars sounds odd to say the least, especially on an album whose overall production is far closer to Blind Guardian than Venom. The high points for me were mostly limited to the infectious choruses (and there are lots of those) or the few tracks where the opening riffs really stood out. But the rest of the album slogs along in between, and doesn’t deliver much else. I think that most power metal fans would probably find at least a few tracks here to enjoy, especially those who have a penchant for epic choirs (the awkward and ham-fisted lyrics notwithstanding). Grave Digger may not be what they once were to some of us, but they still know what they’re doing.

Dave is an engineer by trade and a composer by hobby. Though he dabbles in all genres of metal, if you don't think heavy metal is the best genre of all, he will fight you.