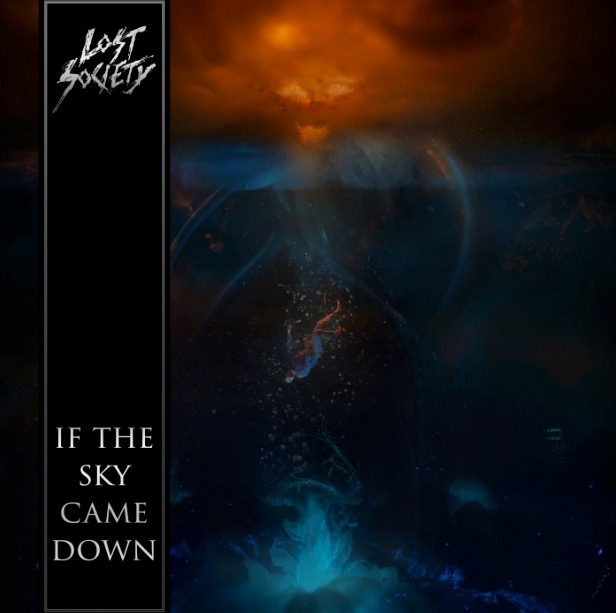 No Absolution is my favourite Lost Society album. There, I said it.

I’ve never quite understood the hate for groove metal. It’s basically all about catchy songs and big riffs. Nothing wrong with any of that as far as I can see, so long as the metal-as-fuck attitude is there…and boy did Lost Society have plenty of that! Now, thrash metal is my favourite music in the world, and I appreciate the fuck out of the Finns’ early material. Fast Loud Death is a barrel of frenzied fun; Terror Hungry is a tight, precise chunk of near-perfect 21st century thrash; and Braindead, despite being equal parts vicious and fun, was tonally inconsistent. But something about the ultra-angsty and severely pissed-off uber-riffage of their 2020 opus just hit my musical G-spot, no matter how much it divided fans. Here in 2022, I would’ve been happy with a stonewall copy of No Absolution, but alas I understand a band must evolve naturally and not just try to copy past achievements. Hence, we are presented with If The Sky Came Down, the next logical step on the quartet’s musical journey, but erring just a little too much on the melodic side for this reviewer to enjoy quite as wholeheartedly as its predecessor.

Whereas No Absolution sounded like Stone Sour with anger issues, If The Sky Came Down is more akin to early Linkin Park on steroids. Either way, both records have a sprinkling of a Slipknot-meets-Chimaira vibe about them, and it’s refreshing to hear a band wear these influences so proudly on their sleeves, as well as the likes of Exodus or Slayer. From the first few seconds of opening track “112” (also the first single), it’s clear there’ll be a heavier emphasis on melody this time. The musicians are firing on all cylinders as always – more variety in the performances when compared to previous LPs, but no less talent on display. Vocalist/guitarist extraordinaire Samy Elbanna still runs the show like a demented ringmaster, but he sounds more refined – like he’s been through a year’s worth of vocal coaching. Thankfully, he’s still capable of those vicious screams which make the new themes of self-loathing and despair less cringy and more convincing. I’m especially fond of ‘Somebody fucking kill me/before I do it myself!’. Lovely stuff.

The pre-release singles all do a great job of summing up the best things about the album. “112” has the rage and melancholy in equal measure, with a healthy dose of cheese surrounding its corny build-up section which sounds like it came right out of Spineshank’s school of songwriting. “Stitches” goes full-on Linkin Park with its synth intro, bouncy-as-fuck main riff, and chorus which just screams ‘2001’; and “What Have I Done?” shows off some of the band’s more technical capabilities with some precision syncopating, an anthemic chorus and a chunky breakdown. It’s a slight shame, therefore, that these superlative aspects are primarily reserved for the first half of the disc. The first 6 tracks are all potential bangers, especially track 3: “(We Are The) Braindead”. This monster is just non-stop fury and driving momentum, with Samy yelling at maximum pissed-off-ness – easily the best cut on the album and one of my favourite songs of 2022. After the hammering mid-tempo stomp of “Awake” and the rapid attack of “Underneath”, things seem to get a little weird… or at the very least, taper off in energy.

Both “Creature” and “Hurt Me” deviate from the schedule and would have been fine had they been spread out amongst the tracklist. However, in quick succession, the Coal Chamber-esque crawl of the former and the blatant sleaze of the latter sap the record of the momentum it had built. The title track injects some life into proceedings with a cracking groovy main riff and hymnal chorus, but it’s too little too late as we’re treated to a truly sorrowful finale in the shape of “Suffocating”. This is a cool song in itself – with some pretty amazing vocals from Samy – but something this mournful was the last thing we needed to cap off a mixed latter half of a metal album. Despite my gripes, each one of these tracks offers something a little different, and as a whole listening experience, it certainly takes you on a journey. If you hated the change of direction Lost Society took after Braindead, you will not be best pleased, but if you really miss the early 2000s, If The Sky Came Down will quench your thirst like nothing else.

Larry is a musician from Pembrokeshire, South West Wales. After being brought up on metal from birth (his father's taste in the avantgarde, heavy, and just plain weird was not hidden from him!), he now lives his life vicariously through the metal community. All sub-genres. Yes even nu metal. Sue him.