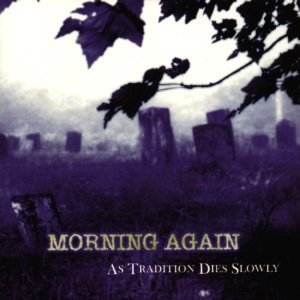 Morning Again was a metalcore band from Fort Lauderdale, Florida that was active between 1995 and 1999. The band released five EP’s, a compilation and two split releases (with Shoulder and 25 ta Life) and a full length album while they were still together, although two posthumously released compilations were also released. The band’s lone full length album, As Tradition Dies Slowly, was released in 1998 on Revelation Records, one of hardcore’s most infamous labels, one that used to focus on the NYHC youth crew scene (Gorilla Biscuits and Warzone) before branching into the then-growing melodic, post-hardcore style. Somehow this Floridian five piece got picked up Revelation for their full length, which is surprising given just how damn metallic their sound was compared to the rest of Revelation’s roster at the time.

Morning Again is another of the vegan, straight edge bands that used hardcore/metalcore to get all preachy, but despite their lyrics the band’s sound blew most of the scene away in terms of general heaviness and metallic riffing. Rather than the Slayer-esque riffing of bands like All Out War and Undying, Morning Again focused on a slower riffing style. It’s still crushingly heavy, perhaps more so than the aforementioned bands, but what Morning Again was extremely good at was incorporating melodies as an integral part of their sound, be it through trem picking or melodic licks trailing the end of crunchy riffs. There was a lot of talk around the time this came out that this album sounded a lot like a hardcore version of Slayer, but I don’t really think that captures the essence of what Morning Again was all out. This combined with strained, growled vocals and sporadic use of spoken cleans set Morning Again apart from their contemporaries.

Rather than the speeding riffs and thrashy licks, Morning Again seamlessly weaved chunky breakdowns featuring rolling percussion with slower paced, crunchy riffs. “Free to Decide” gives a pretty good overall impression, as the band puts it all out with frenetic riffing and fast paced drumming diving right into an atonal breakdown with the drums sounds almost tribal in their rhythms which jumps into trem picking and hardcore drumming and back again. The fact is, though, that Morning Again does this the whole way through the album, jumping all over the place while staying quite cohesive in their songwriting. The album is a tad front heavy, as the later half of the album begins to merge together into an amalgamous blend of metal and hardcore. There’s nothing inherently wrong with the closing few tracks, but after momentous tracks like “Stones” and “Murder You Call War” it’s hard to keep up pace. 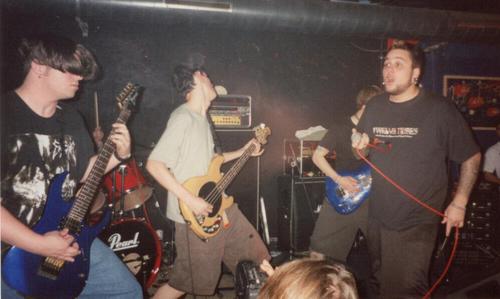 As Tradition Dies Slowly is one of the heavier late ’90s metalcore albums, but the band managed to complete it without falling into the usual Gothenburg rip off shtick. An album that both hardcore fans and metal fans can enjoy equally, which doesn’t happen too often, Morning Again struck gold with this album, but unfortunately they never put anything else together, as the band split a year after this was released. While scattered parts call to mind the work of other bands, there really wasn’t anyone else at that time (or now) that approached metalcore in the same way as Morning Again. Truly a unique album and one that fans of bands such as Strongarm, Shai Hulud and Throwdown should enjoy just as much as fans of All Out War, Cro-Mags and Unearth.