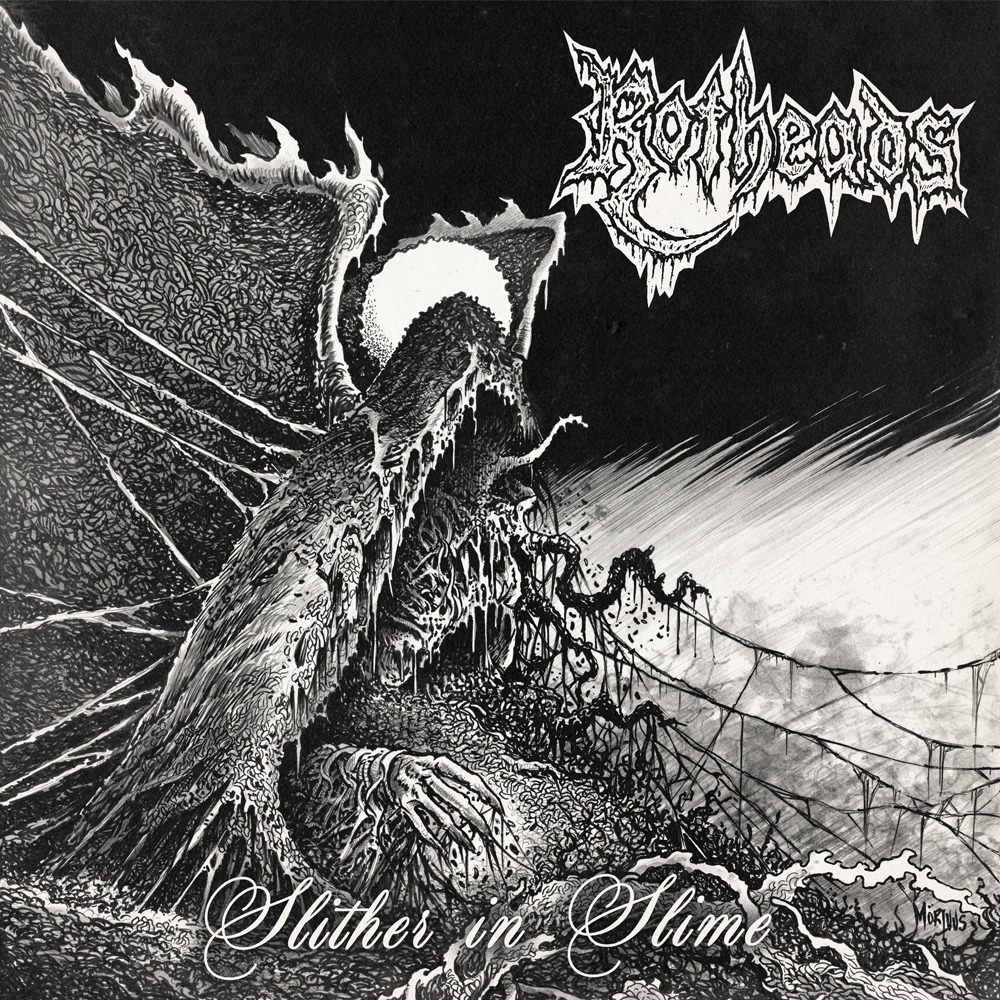 If you think about excellent, punchy death metal bandnames, quite a few of them were taken up early in the genre’s history (Death, Obituary, Carcass, Entombed) and probably play a part in the classic legacy of the bands that bear them. For Rotheads to have picked such an apt name after forming in 2014 seems remarkable, since it’s just the kind of universal term that should appeal to all death metal fans, even if it seems to have somewhat of a fun, death ‘n’ roll vibe to it. However, the only fun you’re likely to have with Rotheads pertains to your delight at rolling in ageing filth alongside the 4 Romanians who make up the current line-up. If 2018 debut album Sewer Fiends didn’t paint the picture clearly enough, Slither in Slime will surely confirm it once and for all. Still not sure? Allow me to get my hands dirty. 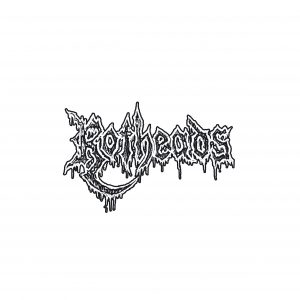 The muckiness of the Rotheads sound digs back in death metal history to the early days of the genre, particularly when it had recently become a cross-continental phenomenon and taken root in Finland. The quartet show little interest in brutality, although it ultimately emerges as a by-product at times, focusing instead on obscurity and atmosphere, which both show up in great amounts due to the mixing and songwriting choices. To start with the obscurity, much attention has been paid to getting the old-school sound right. Nothing sounds too bright or centralized in the mix, so that I get the feel of being in the middle of a rehearsal space with each instrument keeping the others in shade and darting out of the background from time to time. The drums and vocals, which often threaten to overpower in death metal due to more sudden application, have a limited focus until faster rhythmic moments, preferring to remain slightly unclear as the dark timbre of the strings sets the scene. Slower sections capitalize on eerie melodic insertions, while the surprising power of the bass proves a welcome treat as it lurks among sluggish grooves and even brings a sinister sound effect to “Skin Forest” with simple finger slides.

So much the better for me, since I love ornamentation in death metal, but I’m going to enjoy telling you that the first instrument heard as “Vampyric Inbreeding” starts the album is actually keyboard, playing quite a subtle horror motif. That briefest cut – the only one not around 5 minutes or above – never returns to the creepy intro ambience, opting more for loose flabby death growls, hammering blastbeats, and wailing thrashy guitar leads, but the vibe gets picked up again on most of the subsequent tracks. The uneasy churn of “Lost in the Cemetery Gardens” owes much to Edge Of Sanity and early Amorphis, also revelling in the slow and mid-paced grooves of Autopsy while incorporating lots of melodic highlighting, something that gives the song a hypnotic, haunting vibe a world away from standard modern death metal. In this light, the slightly thin guitars work wonders, giving away a little power to possess an inch more cut when entering the uncanny ponderous sections. Eventually, the keys return in “Gut Mauled”, “Spectral Visitation”, and “Dragged Through Existence”, mainly just for brief moments that form intriguing cameos, adding a similar ambience to the groans of bass and the gnarled visage of deep night shown on the cover art. 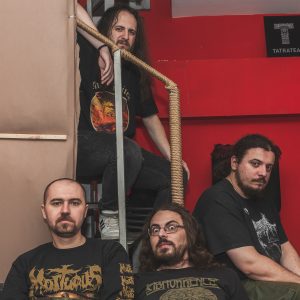 If that balance between saturated melodic playing and grimy slower grooves sounds like your thing, the adventurous songwriting should seal the deal, as it did for me. Should a death metal band be writing 10 minute songs? Sure, if they can grind you down as convincingly as “Dragged Through Existence”. Should a song called “Gore Coffin” contain a clean guitar break in kind of flamenco style? No problem, if it just spices up the gruelling riffing for a moment. Should the pace switch so easily between up-tempo fury and crawling darkness? Of course, that means Rotheads are doing things right! More recent acts that share some of these characteristics include Cryptic Brood and Druid Lord, though their doomy death offers a little less of the OSDM flavour compared to Slither in Slime, as well as rather more direct structuring and application of familiar elements. That’s not to say that Rotheads totally outstrip the competition or dream up something new with this sophomore album – “Spectral Visitation” seems rather regular and inessential, for instance – but this is a mightily potent slab of festering death and cobwebs nonetheless.