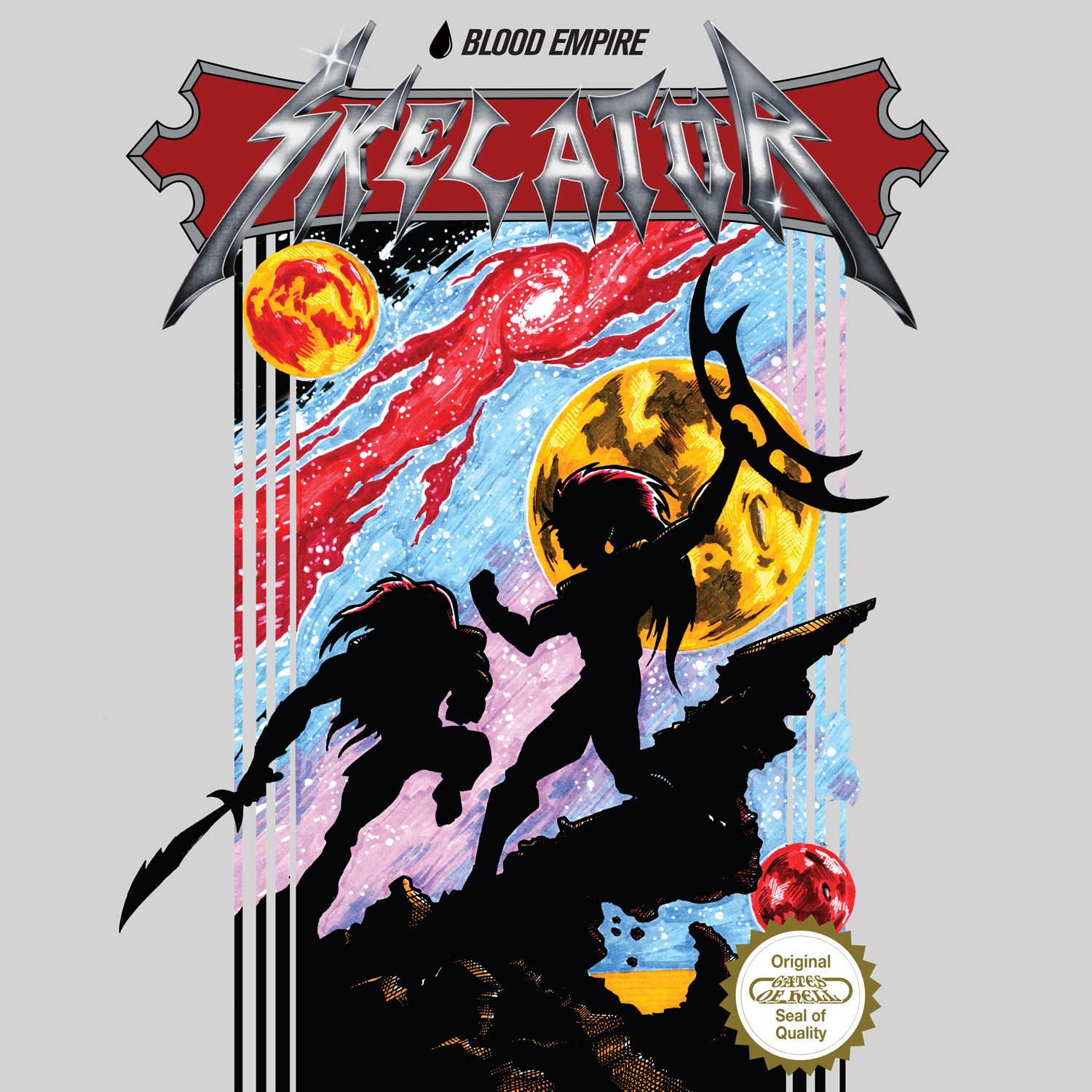 I’ve come to realize that I slept on Skelator for way too long, since not only am I very keen on the sub-genre that the US quintet represent – epic heavy metal, specifically with a speed metal element – but I’ve even listened to 2 other, newer bands that the current line-up are involved with. Those 2 bands are vocalist Jason Conde-Houston’s other gig in Mexican heavy metallers Split Heaven, plus new bassist Leona Hayward’s activity with Northern Crown, both of which I liked a lot though they didn’t really prepare me for finally catching up with a Skelator release. On this 22 minute EP, the five-piece deliver a mix of fiery and grandiose songwriting that reveres the history of Helstar and Manilla Road with a nippy modern crunch. This effort forms the first part of a mooted trilogy of releases relating to the character Kahless from Klingon lore in Star Trek. However, fans of epic metal will still hear plenty of “battle cry” and “fight by my side” in the lyrics, so don’t expect a particularly sci-fi atmosphere. 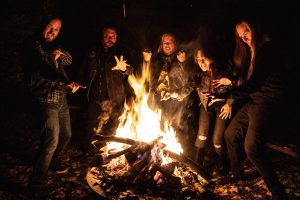 Blood Empire showcases the band’s ability at producing punchy faster songs like those that open and close the EP in addition to the extended melodic workouts that constitute the filling of the 4 track effort. Since “epic” sometimes means slow when placed in front of the words “heavy metal”, the mixed paces that Skelator generate make their music suitably exciting and arrestingly large in scope. “Deeds of Honor” demonstrates this at the outset by taking time to outline a brooding introduction before leaping into a rabble of classic metal riffing from which the grumble of bass is easily identified. Launching directly into each subsequent track helps the flow of the release no end, not to mention achieving a particular jolt of momentum that riffing speed alone cannot accomplish. For instance, “The First Empire” jumps out of the feedback ending “Good Day to Die” to produce a sense of real urgency, although this longest, almost 7 minute, number mellows to gentle clean textures and a balladic verse after just a couple of minutes, then has already branched off somewhere else by the time that section heats up again.

In terms of heavy metal expectations then, Skelator should find favour with most fans, especially as the instrumentalists cater to headbanging riff lovers and moments of lead and melody focus, occasionally verging on power metal during these passages, such as the shredding Helloween-style climax to “The First Empire”. On the other hand, Conde-Houston possesses rather a special set of pipes, indeed somewhat reminiscent of Helstar’s James Rivera, whereby his high notes end up laser-sharp and squealing while his mid-range instead vibrates in an odd fashion, not the same as early Mark Shelton but approaching his peculiarity. I don’t remember noticing this so much on Split Heaven’s album last year, yet when I go back to Electric Spell the same features are there: perhaps his unusual wailing timbre stands out more in the context of Skelator because of the manner that “Bloodwine” and “The First Empire” attempt to suddenly thrust into the skies, relying less on direct hooks than Split Heaven’s material. What I mean to communicate here is a warning to those who find it tough to overlook “difficult” metal singers, yet for my part I find a bit of eccentricity works well in this context, giving a spark to a slightly uneventful production job.

With shorter releases like this one, things can go wrong more easily, not least when a single mediocre track jolts the listen off the rails or when the balance of styles shifts too much to develop a clear picture of what the band were aiming for. Fortunately, Skelator have no such troubles with Blood Empire, the conceptual background possibly aiding overall focus and atmosphere, as well as forcing the longer cuts to employ useful storytelling dynamics. A few moments really electrify, those already described from the longest track exciting me the most, while all 4 songs can be enjoyed in slightly different ways. Admittedly, Skelator mostly worked on this EP without outside interference, so a continuation of the concept with a bump in sound quality would be pretty appealing to me. Despite the recent spate of Skelator memes promising a return after only a week, the 3 year gap between Cyber Metal and Blood Empire suggests it may be more likely that we are in for a couple of years’ wait.