‘And that…is how you do that…’

One of the joys of being a writer for me is discovering great acts I’d not yet been acquainted with and being able to big them up and share them with other metalheads. So it’s with a big smile on my face that I get to report back on my first foray into the work of Ireland’s death metal and grind juggernauts Abaddon Incarnate. The bowelshaking foursome may not just have released one of the most entertaining albums of this year, their new album The Wretched Sermon is several listens in rapidly becoming one of my favourite death metal records full stop. 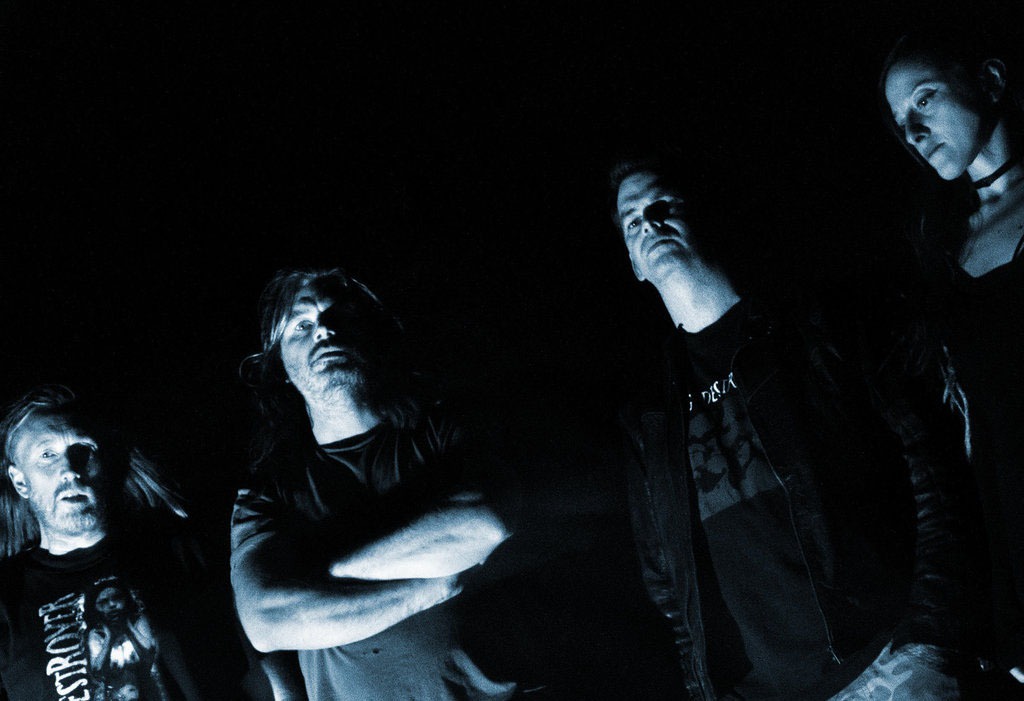 The enormous strength of the quartet comes from great experience and a very clear scholarhood of all things death metal and grind. These are combined with a unique creativity that makes all that old school sound and artistry far fresher than it ought to have any right to be, or indeed has been in recent years in lesser hands. The Irish crew pull heavily on the HM2 guitarsound and grind vibes of Sweden but add so much of their own flavour and experience to the mix that it feels new and invigorating throughout. One thing they bring to the fore that few bands do with success is having multiple vocalists trading barbs. All but one of the lineup contribute to the vocal battery and it enrichens rather than making things feel disjointed, the band have nigh-perfectly judged where a high harsh or a guttural low is needed within what is already excellent songwriting.

The hybridisation of death and grind can be polarising and I’m sure this record may well be no exception for some. Personally I feel that the death metal part of the sound is focussed on more, landing Wretched Sermon’s sound to me somewhere around a modernized Fear Emptiness Despair or Clandestine with a rocket strapped to it’s back, which might put grinders off, but then whenever the two styles meet, I could see the inaccessibility some find in grind, like some kind of heavy metal marmite, coming into play. As I love both death and grind, I adore Wretched Sermon, it’s a beautiful thing to me, but neither assume that the grind label means a 420 bpm cartoon 14 minute battery, nor that the death label necessarily means you’re not gonna suddenly find yourself with a gatling gun drumkit pointed at your noggin. Thankfully I can also report that Abaddon are such great writers you’re never going to get thrown into a 180, this album flows like wine. Tracks like the gorgeously gnarly Hyperchaos are the deathgrind equivalent of watching a master acrobat at work, absolutely stunning in their mastery of dynamics and musical coherency despite being so brutal and heavy.

I’m sure a record so bristling with creativity and jagged, physics defying abrasiveness as this probably won’t be for everyone, but for those well versed in the twin cities of OSDM and grind, this is a no brainer. This album is a work of death grinding mad art and deserves any plaudit that lands upon it several times over. Abaddon Incarnate have turned in what is one of the best deathgrinders I’ve heard in the last ten years, and I implore you to check this album out.