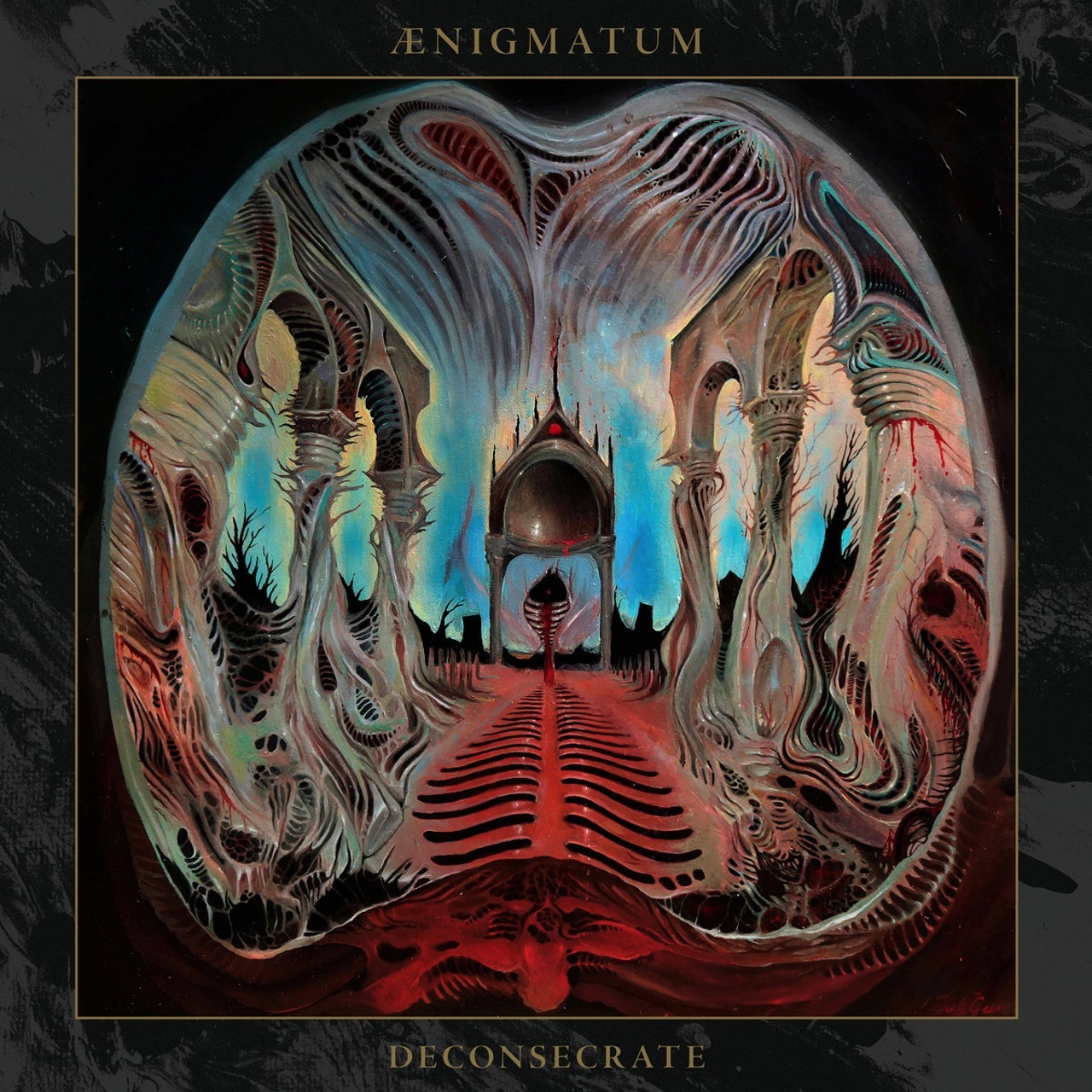 Juxtaposition of consonance and dissonance in extreme metal has very rarely been achieved in a functional framework, that doesn’t collapse under the weight of its own ambition, but Portland’s Ænigmatum admirably managed to pull it off. The band’s formula might not necessarily be novel or unprecedented per se, but such a degree of equilibrium between notions of technicality and melodicism has not been seen in a death metal context since North From Here – the second full-length by Finland’s mighty Sentenced. There is no evident similarity between the two records, it has to be said, beyond somewhat analogous tonal permutations, as the conclusions and paths taken by these two bands are wholly different. Ænigmatum‘s song structures are less focused on angularity for the sake of it (not that there’s anything wrong with that, you have a Demilich fan speaking here), and borrow more from the bottomless well of progressive rock/metal than meets the eye. The songwriting maturity of early At the Gates, Timeghoul‘s compositional prowess, unforgettable atmospheres instilled by The Chasm – all have been taken note of here. But this takes nothing away from the immense skill and tastefulness of Ænigmatum, who craft this colossus of progressive death metal with loving attention to detail and staunch reverence to the genre’s tenets. 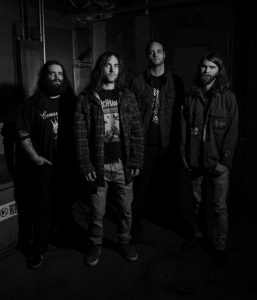 Ænigmatum‘s inception took place in Portland, Oregon in 2017, courtesy of Kelly McLaughlin (guitar, vocals), Eli Sage Lundgren (guitar), Brian Rush (bass) and Pierce Williams (drums). The band made their debut with the single-track Indoctrination of Mourning demo in 2018, before following it up with a full-fledged album a year later – the self-titled Ænigmatum [Headsplit Records / HSR169]. The next chapter in the band’s discography was 2020’s Adorned in Wrath demo, consisting of two songs (both of which would be reworked and rerecorded for Deconsecrate). It boasts peculiar, particularly nasty and cavernous production, which the band did not maintain going forward. Deconsecrate, Ænigmatum‘s second full-length, was released earlier this year by the ever-vigilant 20 Buck Spin, and embodies the final yet step in the band’s evolution, encompassing a certain tonal emancipation that most bands hardly ever arrive to.

“Forged From Bedlam”, Deconsecrate‘s effervescent opener, sets the stage for what’s to come, intermingling melodic hooks and restless, discordant riff work into a concoction that seeps sophistication and complexity, but with that tinge of soulful melancholy that permeates through the entire album. “Undaunted Hereafter” touches a more sinister, darker chord, at times even approaching black metal terrain, not unlike The Chasm‘s Deathcult for Eternity: The Triumph, which also uses black metal tremolo riffs to accentuate some of the transitions (and for momentary emotive emphasis, such as on “Revenge Rises / Drowned in the Mournful Blood”). Some of the sublime guitar harmonies enforced by Eli Lundgren and Kelly McLaughlin in this song put Dawn‘s Nær sólen gar niþer for evogher to shame. “Fracturing Proclivity” is of a more riff-centric variety, employing mid-tempo ones that pertain more to death metal’s usual pièce de résistance, all the while still featuring a memorable melodic solo closing the deal. The album’s centerpiece, however, is the majestic “Larker, Sanguine Phantom”. It opens with succulent and indelible atonal guitar interplay which vividly stimulates your cerebral cortex, before launching into a sequence of galloping, cascading riffs, that springs Therion‘s Beyond Sanctorum to mind, and songs such as “Cthulhu” and “Future Consciousness”. Ænigmatum‘s approach to chord progression in general is not unlike that of the oft-forgotten Swedish band (or rather, a Swedish band that is oft-forgotten to have been originally associated with death metal), especially when it comes to the songs “winding down” from heavier, riff-opulent sections to more relaxed, melodic passages.

Melodic death metal often divides opinions, and I belong to the category of people who believe that it is a genre of few distinguished highlights – At the Gates‘ The Red in the Sky is Ours, Catacomb‘s In the Maze of Kadath demo, the aforementioned North From Here by Sentenced, Ceremonium‘s No Longer Silent, Supuration‘s The Cube and Arghoslent‘s discography (if you can get past the incredibly offensive subject matter) being some of them. It greatly pleases me to see another album join the ranks of melodic death metal’s elite selection of material, which is an addition that this highly popular, but often ill-considered genre strongly necessitated, and who knows how long will we have to wait until another album of this pedigree comes along.

A peculiar chap from Kyiv, Ukraine, with a keen interest in extreme metal, avant-garde and philosophy, who is also utterly humorless and prone to literal interpretations and miscomprehension of nuance.