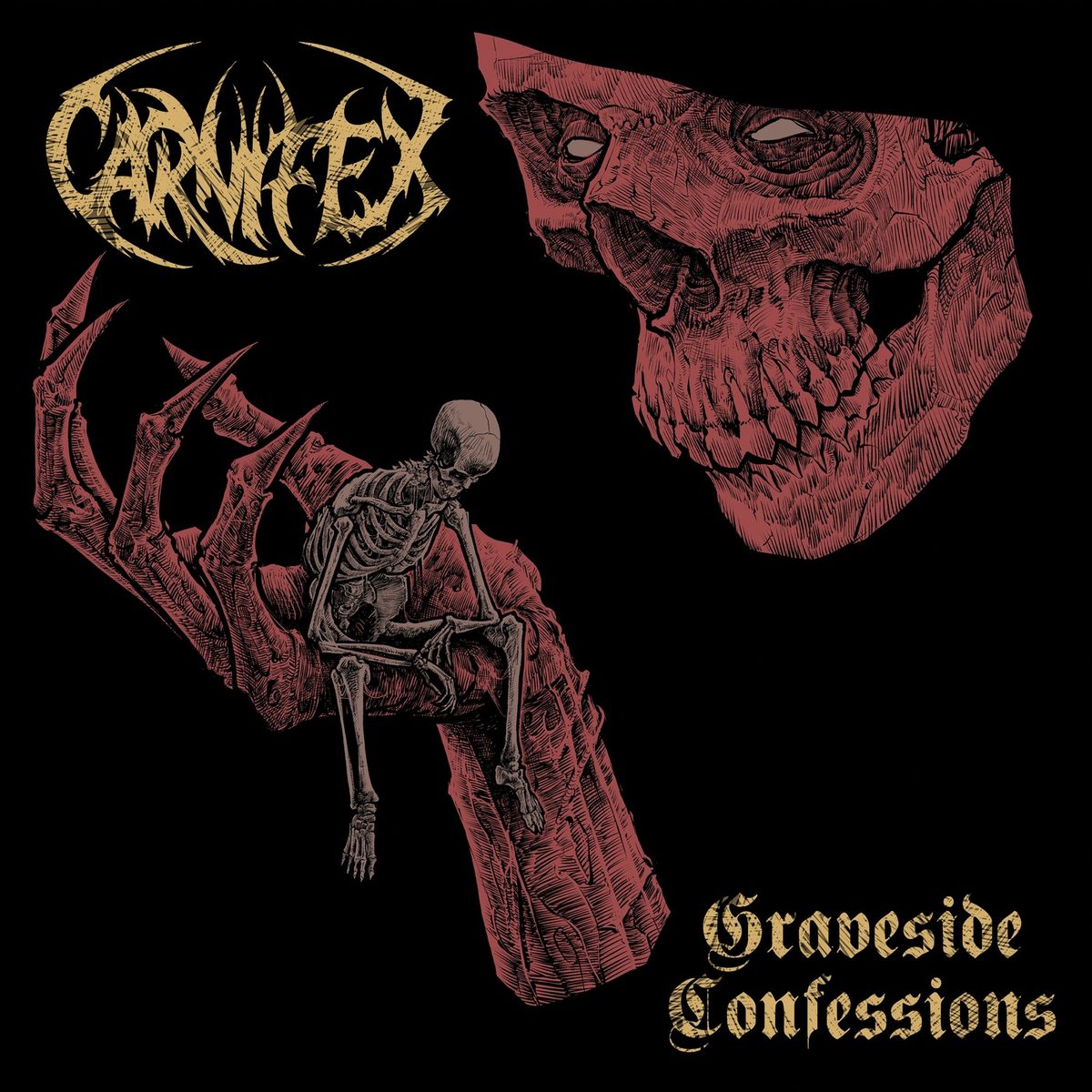 On Graveside Confessions, Carnifex have put together an extremely rewarding slab of fabulous extreme metal. Closing now on having two decades of experience behind themselves, the four piece have stitched together a rich tapestry of music here. They carefully intertwine modern melodic death metal and deathcore into an intelligently macabre album with a great deal of depth and a tempered, subtle brand of brutality.

Carnifex have for a long while been an act that have concentrated on being their best selves rather than putting too much stock in their reception. This leads to the kind of unaffected, personal and unpretentious metal that I always find the most satisfying. As with Distant earlier in the year, Carnifex’ positive, genuine and down to earth approach of ‘yes we’re a deathcore band, we’re fine with that’ rather than obsessing over how they’re labelled or approached by the critical elite leads to a much more level and pure approach to writing. On Graveside you can feel straight away a band focussed far more on how good the music they’re putting together is than how it may be viewed by laymen. In all cases when bands adopt this approach I feel it inarguably causes the end product to have more substance, and while there’s no dearth of style on this 2021 salvo, Carnifex deliver in spades with melodic death and deathcore flavoured substance. 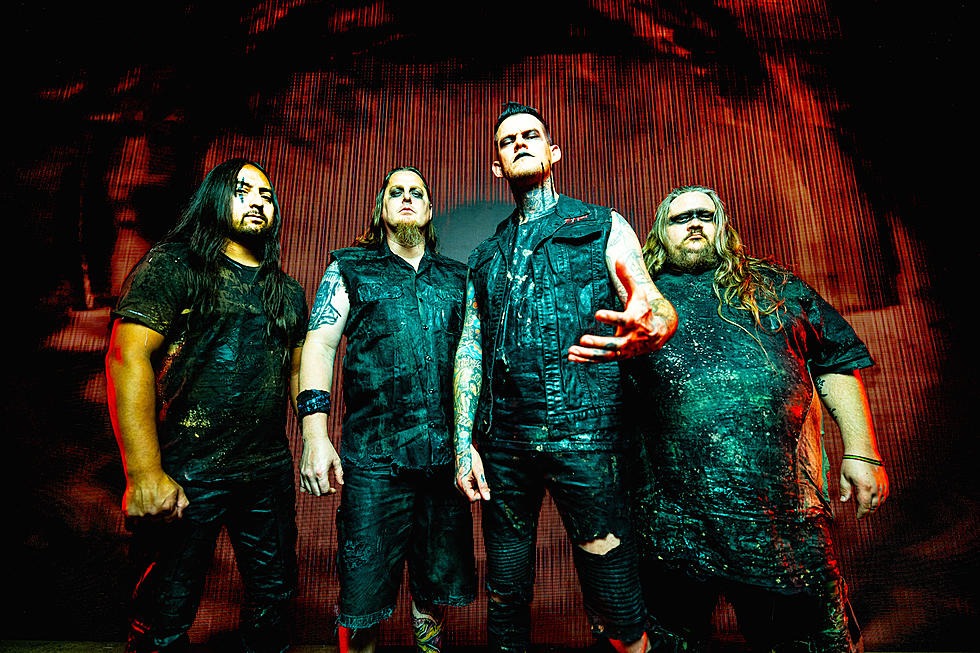 Tracks like ‘Pray for Peace’ or ‘Countess of Perpetual Torment’ show a band of long-experienced artists working exceedingly hard to deliver inarguably good metal regardless of genre. Masterful dynamic songwriting unfurls carefully throughout Carnifex’ tracks, ensuring that for the majority of the songs, the listener is constantly fed new sonic joy as the runtime flies past. There’s a powerful amount of extremity, but it’s underpinned with subtle depth and the flourish of artists who have dedicated themselves to their work. Most tracks carefully build layers to a monumental crescendo of dark melody and hammering riffage, and the results are immensely satisfying.

Speaking of artistic mastery, this record shows Scott Lewis on top of his vocal game, not to mention his lungs. Legibly earthshaking, I’ve frequently felt on previous outings Lewis is one of the unsung experts in extreme death metal vocals. His ability to progressively move between styles rather than audibly switch is a sign of a master craftsmen in my mind, his dynamic control of his voice is enormous. Where many bands either need two vocalists to play hacky-sack with the mic to execute multiple styles, or one vocalist needs to constantly audibly and mechanically switch gears, Lewis has the control of his voice’s gears a rally driver does of those in their car. This enables some silky smooth vocal dynamics that you just rarely hear in music this heavy.

There’s a few flies in the Graveside ointment I would certainly say despite my otherwise directly positive reaction to it. Running the album for over 62 minutes leads to two issues. One although this is smart, cleverly written and musically satisfying deathcore, this is still a heck of a lot of it to fit into your daily life in one go. The sidebar upshot of that runtime also is that some repetition inevitably occurs. There’s little here thankfully in the way of filler, unless you hardline respond negatively to rerecordings in which case you may poo-poo the inclusion of three rerecorded classic tracks at the back end of the record. There is however an unavoidable sense of similarity across the tracks thanks to how much is there all at once.

Meanwhile at times there’s an over dependence on certain styles of passages that do add to that intermittent repetition, and some instances of the decried juvenility of the subgenre sneaking into the lyrics. The worst you can say of this record at its least rewarding moments is ‘yep, it’s definitely deathcore’ but calling that a problem seems trite in the face of Carnifex’s lack of any pretentious posturing about being seen otherwise. Even at it’s most genre points, Graveside is nailing it. Given those ‘ah we’re just gonna do a fretless breakdown and scream fuck really loudly’ moments are literally one or two throughout that entire 63 minute run, I think hammering them for that is a you problem, a case of just looking for a reason to rip on an album because it’s a genre you’ve pre-assumed you don’t like rather than a genuine problem.

Whether Graveside Confessions opens the minds of the subgenre’s detractors really isn’t Carnifex’s problem or cross to bear. Hater’s gonna hate, after all. They’ve set out to make the best record they can, which is all you can ask of any band in any genre, and they’ve delivered a huge sounding, monolithic and memorable slab of immensely enjoyable melodic death/deathcore crossover here. It barely misses a step and where it does it gets right back into the match rather than flailing about on the floor.

This is the sound of a band who’ve always concentrated on being the best they can and ignored all the other static doing absolutely just that. This is a great metal record full stop, and a brilliant album within the deathcore scene. Care and attention has been paid to every aspect of it, and the result is a brutal, unforgettable chunk of melodic deathcore that deserves to be heard.