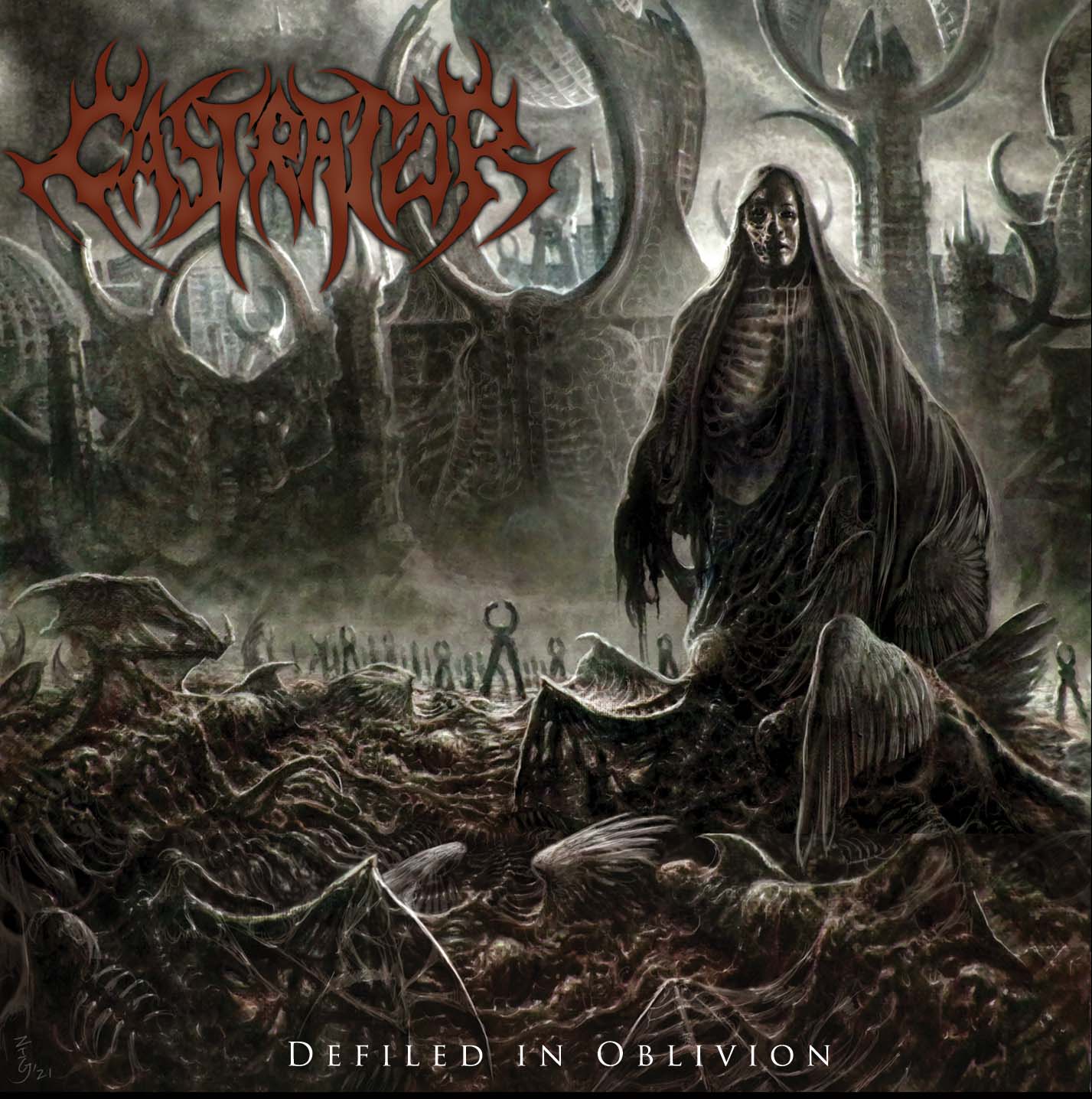 About 7 years between releases for stellar feminist death metal wrecking crew Castrator has seen a few line-up changes but noticeably a distinct change in sonic vibe. On previous release No Victim, the act sonically sat in a fairly brutal and technical place. Defiled in Oblivion comes flying out of a considerably more musty old-school mausoleum, though that escape is made with no less gusto. The brutality here is definitely more pestilent and arcane, but no less present as nine new rippers and a Venom cover deliver a bone snapping impact to the listener’s head. 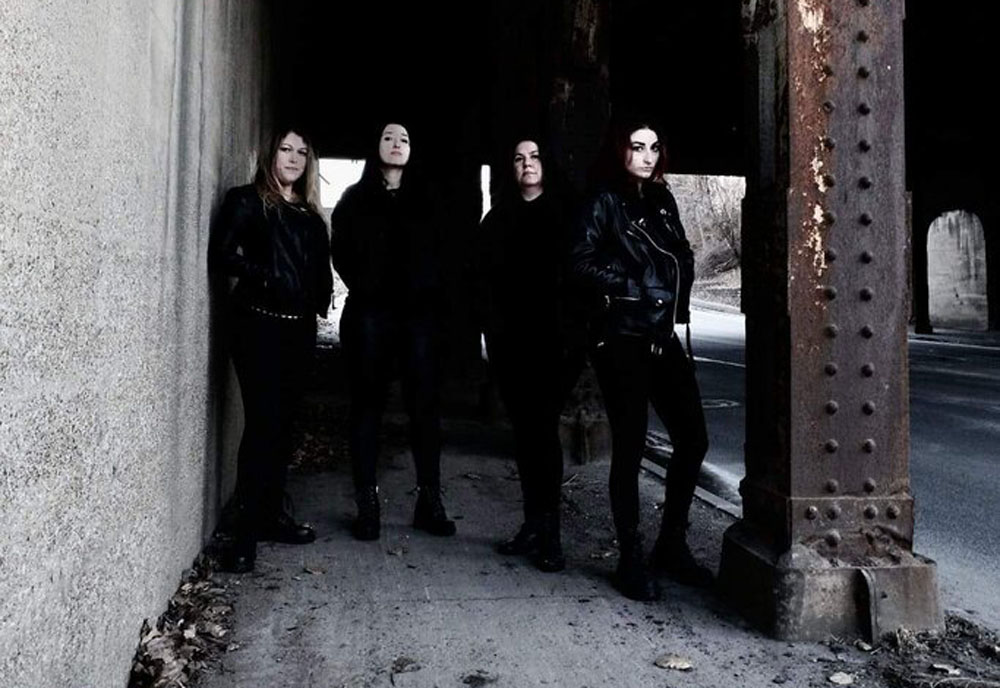 The line-up and pedigree of Castrator is as gnarled and brutal as it’s sonic imprint, a who’s who of women that are exemplars in the field of underground death metal. As such it should be no surprise that Defiled in Oblivion firmly brings the euphoric pain. This is damn good, super snappy occultly macabre sounding old school death, drenched with malice but filled with rot-coated hooks. The vocals are hellish, nicely and deeply guttural but with that trademark snear I love that you only get out of a female extreme metal vocal. The sound here is thick and juicy on all fronts, heavy satisfying beats slapping out over a carpet of warm fuzzy bass and fetidly meaty guitarlines. Defiled is immensely satisfying on all musical fronts.

With seven years in the bag for the act not to mention the switch round of a guitarist and a vocalist, it’s invariable the sonic profile of this fab death metal act would alter some. It’s initially a little startling how old-school the band’s first full length is, though quickly forgotten thanks to the fact that Castrator have attacked putting together a satisfying album in this style just as well as they did the technical brutality of No Victim’s titanic bludgeoning. It may be offputting to some but I would say to those who dug No Victim and find Defiled confusing, please persevere. It won’t be long before you’re happily lost in the mists of Castrator’s new surroundings headbanging euphorically to the older, mustier style they’ve adopted here.

The switch from something more brutal and technical to a sound far more pestilent, decaying and past-honoring maybe a big switch for some. However on Defiled in Oblivion, for this listener the Castrator juggernaut comfortably reward the patience between releases with a 10 hit ultra-combo of old-school death metal glory. It’s a massive departure from the original sound but given line-up changes and gestation period not to mention the pandemic, I feel that this is totally justified, and nothing to hold against this massively enjoyable album. Defiled in Oblivion is a fabulous first full-length and while I hope there’s less time between me and Castrator’s next chillout session, I’m glad I stuck around to hear this great slab of nasty, jagged and hugely satisfying old-school death.