Approaching Darkane’s first set of cuts in a whopping nine years, I have to admit I’ve always been surprised that the act hasn’t generated as much momentum as their fellow melodic death/thrash hybrid contemporaries such as say Soilwork, In Flames or Dark Tranquility. While it feels simultaneously like the rest of the scene’s loss not Darkane’s, it’s always seemed a shame they’ve not enjoyed the notoriety and celebrity offered to their more mainstream compatriots. To my ears, the Helsingborg crew have frequently had more ideas, considerably more riffs per square inch and certainly far more pure aggression than the majority of their peers. The nine years out of the game hasn’t left them with any ring rust at all, with new album Inhuman Spirits being what I feel is one of their most complete entries into their discography to date, welding a complex melodic sensibility to a metal-thrashing-mad base of death thrash. 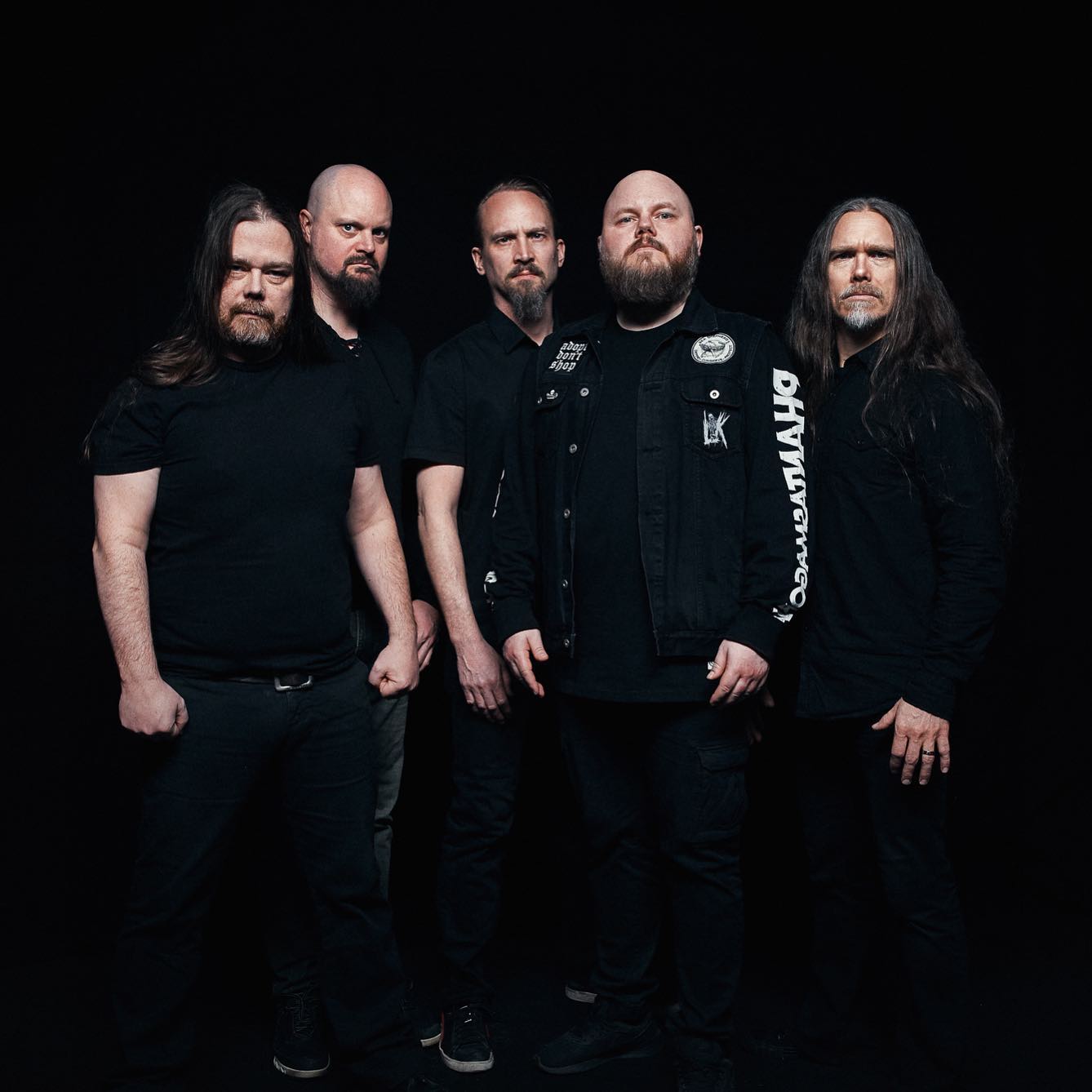 As has always been the case with Darkane, Inhuman Spirits is dizzyingly creative, straddling multiple subgenres at once, not stopping at death thrash or melodic death, folding in some well studied symphonic and progressive aspects into it’s experimental batter mix. Original vocalist Lawrence Mackrory delivers the trademark Darkane vocal performance, nailing the off kilter spacy cleans and demented barks that have defined the band in the vocal seat despite a few line-up changes in that area. He conducts a full metal orchestra of complex but high speed thrash and melodic death guitarlines that are jampacked full of vigor and personality, that dive and dart over hammering drum and basslines. Tracks like the macabre but hugely catchy Mansion of Torture show exactly why I feel this melodic death thrash killing machine are one of Sweden’s best kept secrets.

In truth, there are aspects of Darkane’s sound that are plausibly somewhat marmite like for listeners. The spacy, weird style of clean that Darkane have always employed regardless of the vocalist dropping the lines has always been an acquired taste I feel. The flat, I must stress flat musically as in flat as opposed to sharp, tone of the cleans they deploy is both a secret weapon stopping them from becoming syrupy like modern Soilwork or In Flames but a double-edged sword as it renders the clean brackets somewhat less accessible than they could be. For me that makes the eventual click into the brain of that style all the more sweet to digest, I always enjoy a band I have to take some time to get to know, but that could be a sticking point for those who like squeaky clean cleans and a heavy dose of syrup with their melodic death. I’d rather have the characterful tasty weirdness of Darkane over the clinically executed pop redundancy of modern In Flames or Strydegor any day of the week, but it’s worth forewarning the timid of the heavy dose of ‘man this is strange’ they bring. Also the distinct variety of any Darkane album is always dizzying and makes their albums slow burners rather than instantly absorbed sudden-death bangers despite their front-towards-enemy aggression being worn firmly on their sleeves. Inhuman Spirits is definitely the most straightforward and ‘quality over experimentation’ I’ve heard the act in years, but it’s still distinctly varied and complex, varying tones and styles throughout like some kind of constantly shedding reptile, which could throw some listeners.

So Inhuman Spirits then is Darkane at their best, a challenging, invigorating melodic-death-thrash titan that defies being easily pigeonholed, but as such requires careful attention from an open minded audience. It’s probably the most brilliant I’ve heard the Helsingborg mob at, with huge melodies, blistering aggression and their trademark bizarre variety of secret spices generously shared across it’s runtime, but it certainly won’t be for everyone. But it warrants attention from all, even if it turns out to not be quite for you.