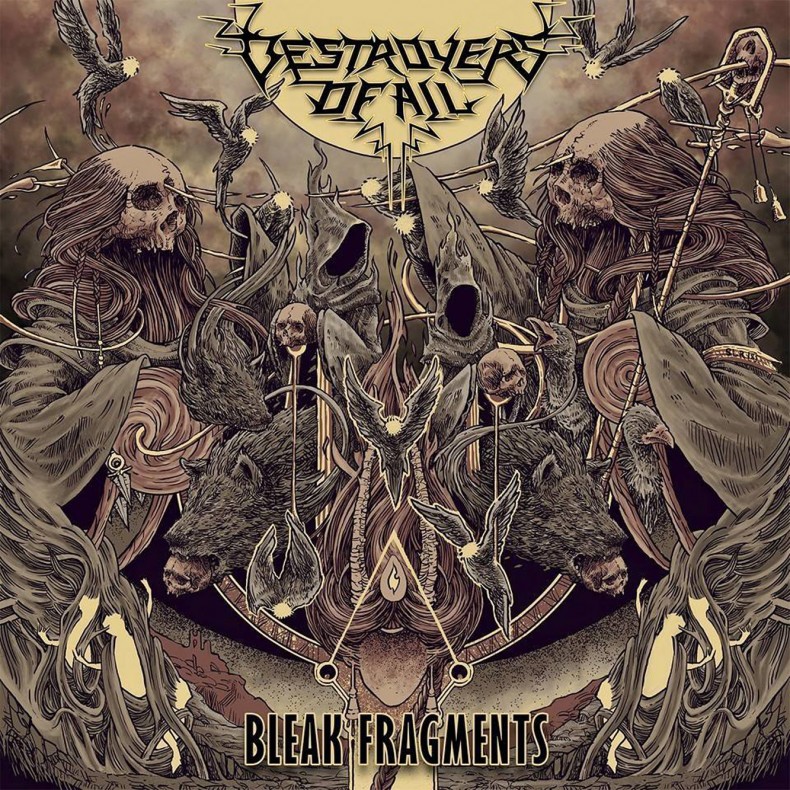 Destroyers Of All draw their influences from a melting pot of early-nineties’, progressive death metal. We’re talking all the big names; Death, Cynic, and especially Atheist, with flourishes of Morbid Angel and early Sepultura mixed in for good measure. If that sounds awesome, it’s because it is—even if Bleak Fragments isn’t the most coherent release out there.

Although Destroyers Of All’s sound is firmly rooted in progressive death metal, the overall result has a bit more in common with the more extreme end of the thrash metal spectrum (if such a distinction can be made). Being from Portugal, the obvious point of reference winds up—unsurprisingly—being that of metal’s most celebrated native Portugese-speaker, Max Cavalera. Bleak Fragments essentially sounds like early-Sepultura or later-Soulfly on some serious steroids.

It’s as if each track on Bleak Fragments has Destroyers Of All running frenetically through an obstacle course—where they are challenged to lay down such defiant fare as the thunder of pre-Arise Sepultura and mid-period Morbid Angel; the break-neck jazz breaks of Athiest; dazzling solos and bridge sections packed with flashes of Symbolic and Individual Thought Patterns-era Death; the symphonic grandeur of acts like Septic Flesh and Fleshgod Apocalypse; the many-layered darkness of Behemoth and even glimpses of At The Gates’ raw, unrefined period of early melodeath into the smoothed out sheen you’d expect of Arch Enemy—and each time the band pass with flying colors.

However, what Bleak Fragments essentially lacks are songs. While each transition between the tracks’ various sections aren’t necessarily jarring in and of themselves (most of the time), there doesn’t seem to be a whole lot of cohesion between where each section begins and where it ends. Destroyers Of All have packed these ten tracks with plenty of hooks and otherwise-memorable moments. Yet the disconnect between there moments is such that often a hook or phrase is brought back in and it feels like it’s been dragged in from another song entirely—so much having taken place since last it was heard—that they often serve to emphasize the disparity between the band’s compositions, rather than to strengthen them.

Bleak Fragments packs one hell of a wallop, and the sheer kinetiscism coupled with the nostalgic tones invoked by the record’s many (many) touchstones is more than enough to render the record an appealing and thoroughly enjoyable experience. However, the lack of coherent song structures (for the most part) does tend to inspire fatigue faster than perhaps Destroyers Of All deserve—highly recommended, albeit in small doses.