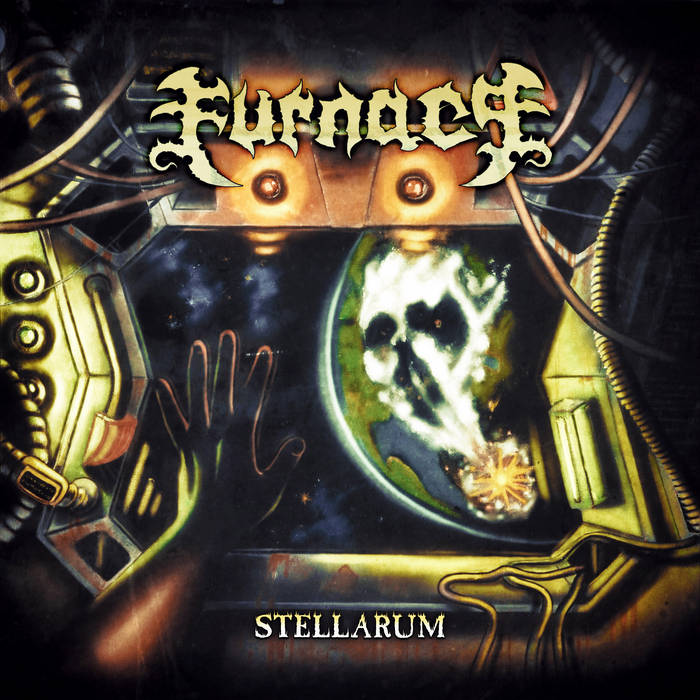 Relatively hot on the heels of the NWOBHM departure of Gauntlet Rule and the death thrash of the new Ribspreader banger, Rogga Johansson’s insatiable desire to create has birthed a new Furnace album into the harsh mausoleum shade. Furnace are one of the ‘one toothed man in a corn-eating contest’ busy Swede’s most intriguing and left of his general field acts, being a molding of 70s-referencing proggy metal melodies, deathly growls and more than a little twinge of proggy doom. The act sound practically nothing like Rogga’s usual fare, even largely disembarking from his Zombie Flesh Eaters via Anthropophagous The Beast normal lyrical content into eerie science fiction horror yarns, and as such are probably the most startling the furiously hardworking gent has been since multi-layered progressive melodic death act Demiurg bit the dust over a decade ago. 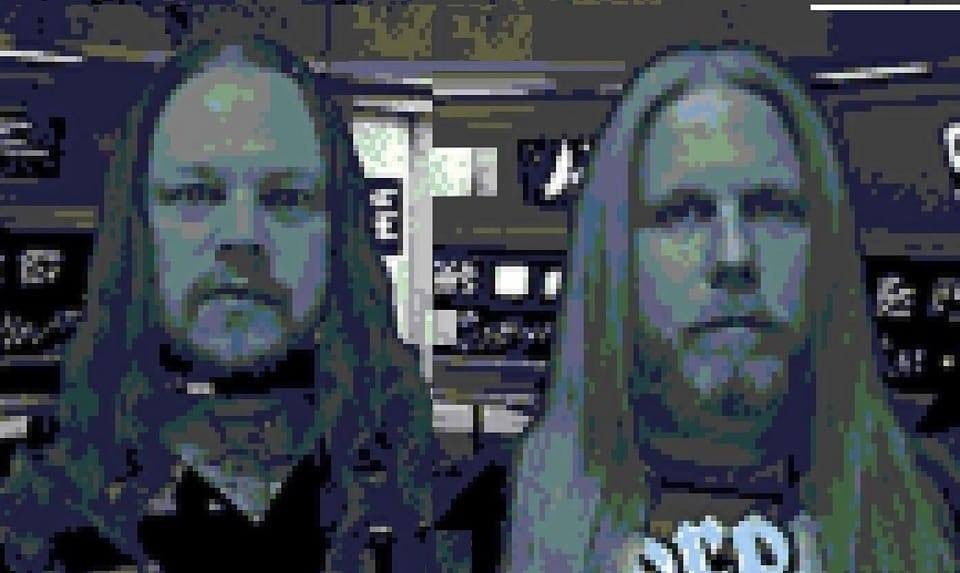 Rather than doubling down on the standardized HM2-augmented cavernousness of the Swedish Old School Death metal scene, Furnace instead leans heavily on what I would say is the sound of British heavy metal through the 70s to late 90s. One can just as ably draw comparisons with Paranoid or Songs of Love and Hate as one can a parallel with Transcend the Rubicon or Realms of Chaos here. It’s a kind of arcane melodic death meets progressive doom sound with a little industrial twinging going on, with huge melodic leads layering over punishingly crunchy bassline riffage. Rogga turns in one of his best vocal performances in a couple of years on top of this musical backing, clearly not content with harnessing how good a writer of leads and songs he can be when not shackling himself totally to genre norms and going the extra mile, turning in one of his most memorable vocalisations here since Demiurg’s final album. He is succinct, raw but vitally legible throughout.

At times the compositions on Stellarum get a little long in the tooth. As I’ve commented before in prior years on some of his projects, slower isn’t necessarily something Rogga seems entirely comfortable with. The accident of this is that the longer runnings on some of Furnace’s tracks instead of giving needed depth inadvertently leave them a bit stripped bare in vibes. However this is easily balanced out by rippers such as Man Reborn or Merging with the Dark that effortlessly twin an epic melodic sensibility with furious Stockholm style walls of riffmeat.

In Stellarum, we have one of the most complex and varied in flavour of Johansson’s work in a while, probably since his last outing under the Furnace banner. As such it’s far more experimental and less head down meat/potatoes done to a T than other releases from the man of 1000 riffs, and that could put the more purist headbanger off, but Stellarum is full of fresh ideas and endearingly classically flavoured melodic death doom vibes. It’s a really fun release that clearly demonstrates why despite his prolific nature, Rogga and his cohorts are forever worth checking in with.