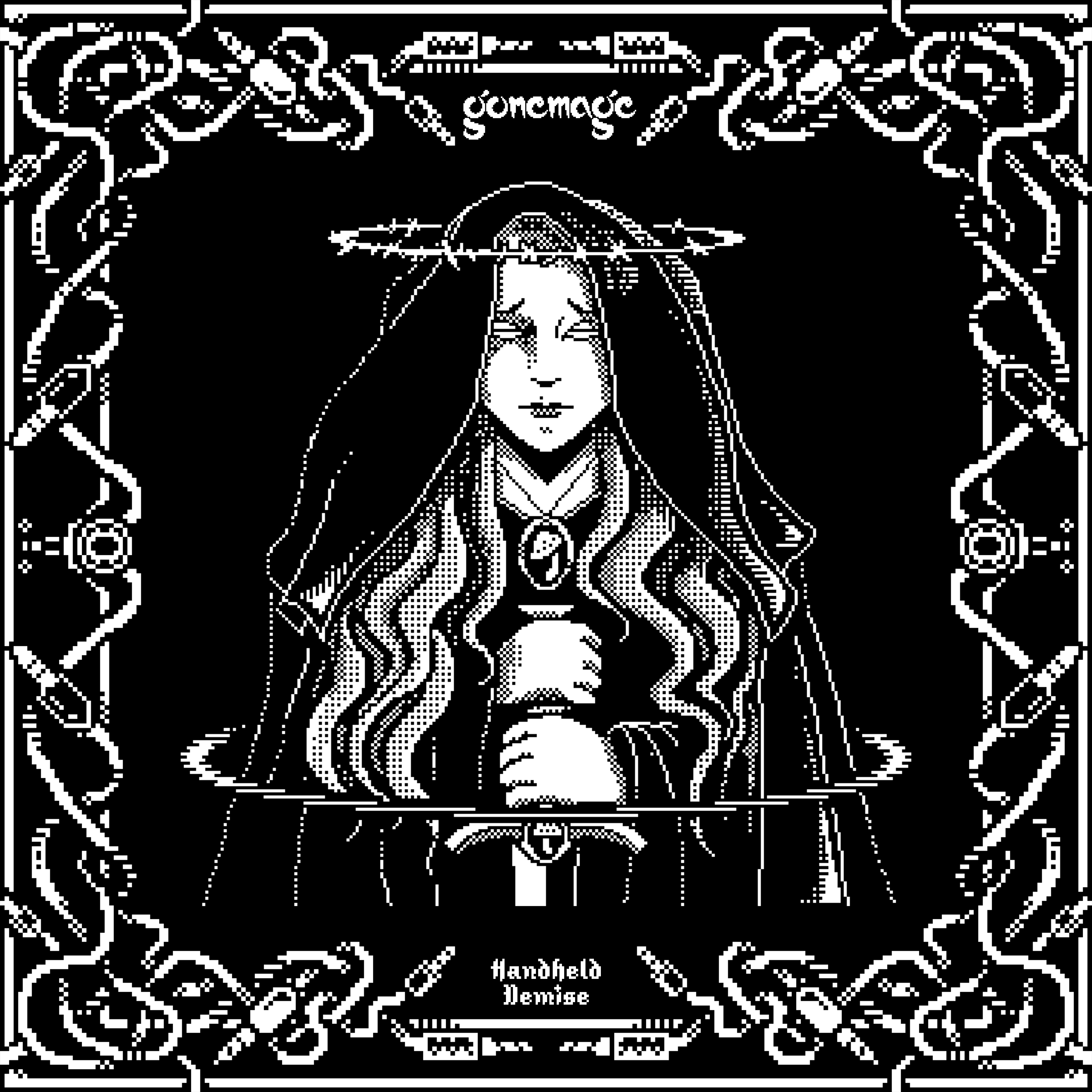 Plainly speaking, I’m not quite sure what I’m doing here talking about Gonemage, but rest assured that the solo project of Galimgim (aka Garry Brents, also of Cara Neir) and its third album Handheld Demise have both sucked me in quickly and thoroughly. However, due to the nature of the music as a weird mash-up of post-black metal, experimental noise, and electronic chiptune, I haven’t felt comfortable about listening to any of the songs from Gonemage. The single released early this year named “Luigi’s Expansion” might give a pretty acute way in to the madness at play here: a corpsepainted version of Mario’s brother adorns the front cover, while the song deals with his nefarious rise to power amid raw tremolo riffs, snarling vocals, and various bleeps and bloops that should inspire instant nostalgia for Nintendo lovers. Handheld Demise focuses on a range of slightly less obvious video gaming references, still with emphasis on the “pixellated” experience (both artistically and musically), though since I’m a music guy far more than a games guy I will leave the investigation of soundtrack specifics and samples to the experts in order to concentrate on the strict audio experience.

Probably the best reason to listen to Gonemage at all, the 8-bit synths surprise as a great lead instrument, not to mention that here they complement the not-too-sharp blackened guitar down to a tee. At the opening of “Disdainful Stroke”, the first cut of this 13 song platter, those instantly recognizable old-school gaming synths invert the regular guitar/keyboard relationship of black metal, drilling the melody line in buzzing tremolo style over more restrained backing riffs, which occurs a few more times over the whole 43 minutes. However, restrained certainly isn’t the most apt description for the album as a whole, since techniques from grind, noise rock, post-hardcore, and even post-rock get smooshed together to form a whirling dervish of attack and atmosphere that never does any one thing for very long. Distorted blastbeats create a racket even during more melodic moments like “Slowly I Watch the Shockwave”, where tranquil synths are cut up and thrown about by the choppy beats, while a mind-boggling list of 44 guests obviously make Handheld Demise maniacally busy. As such, even experienced extreme metal fans or electronic music freaks will need a bit of time to digest this. 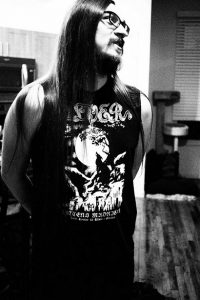 To put a different gloss on it, the Gonemage experience can be understood as conceptual experimental music forced through the filter of a grind album. In the first place, no song lasts 4 minutes except the 2 longer cuts at the end of the release, while many of the already short compositions end early and include brief outros that may or may not mirror the main content of the song. The formal chaos of the music finds its equal in mood, whereby any given song can fluctuate between nostalgia, rage, mischief, peace, and frenzy, rarely adding in that many steps between those feelings, though establishing the methodology of brisk, unexpected changes early on. In that sense, I admire what Galimgim has done to extend the pixellated aesthetic beyond mere illustrations, since the blockiness of the instruments, the rough distortion, and the sharp transitions all dramatize that aspect of the experience, transforming the chaos into atmosphere in a way that most kinds of extreme metal often struggle to do. For those more in tune with the background context of Handheld Demise, the listen promises to be an even richer patchwork of touchpoint references and new adventures.

The minor downside to Gonemage’s encompassing nature obviously entails being overwhelmed by the richness of detail here. Since almost all the songs proceed at high volume, velocity, and density, moments of relief like the game soundtrack feel of “Stranded in the Menace of Water” and the closing calm of “From Walls to Woods” seem more welcome, even if many of the songs contain minor descents from screaming noise too. Nevertheless, within the intense evolution of the songs I find satisfying trailmarkers that have stuck with me from the first listen or have gradually accrued since then. This proves how adeptly the songwriting has been handled, since Galimgim manages to keep most parts distinct despite the general roar of sound, plus somehow maintaining the direction of the album alongside the mammoth guest list. For those reasons alone, the sheer amount of work that Handheld Demise entails must be counted as impressive, notwithstanding the fact that I enjoy it plenty when it catches my mood right. A few other projects, both on the synth/electronic side and the extreme metal side, might attract the same crowd as Gonemage – for instance Tyrant Of Death and Master Boot Record – yet for me this proves a largely unique experience.