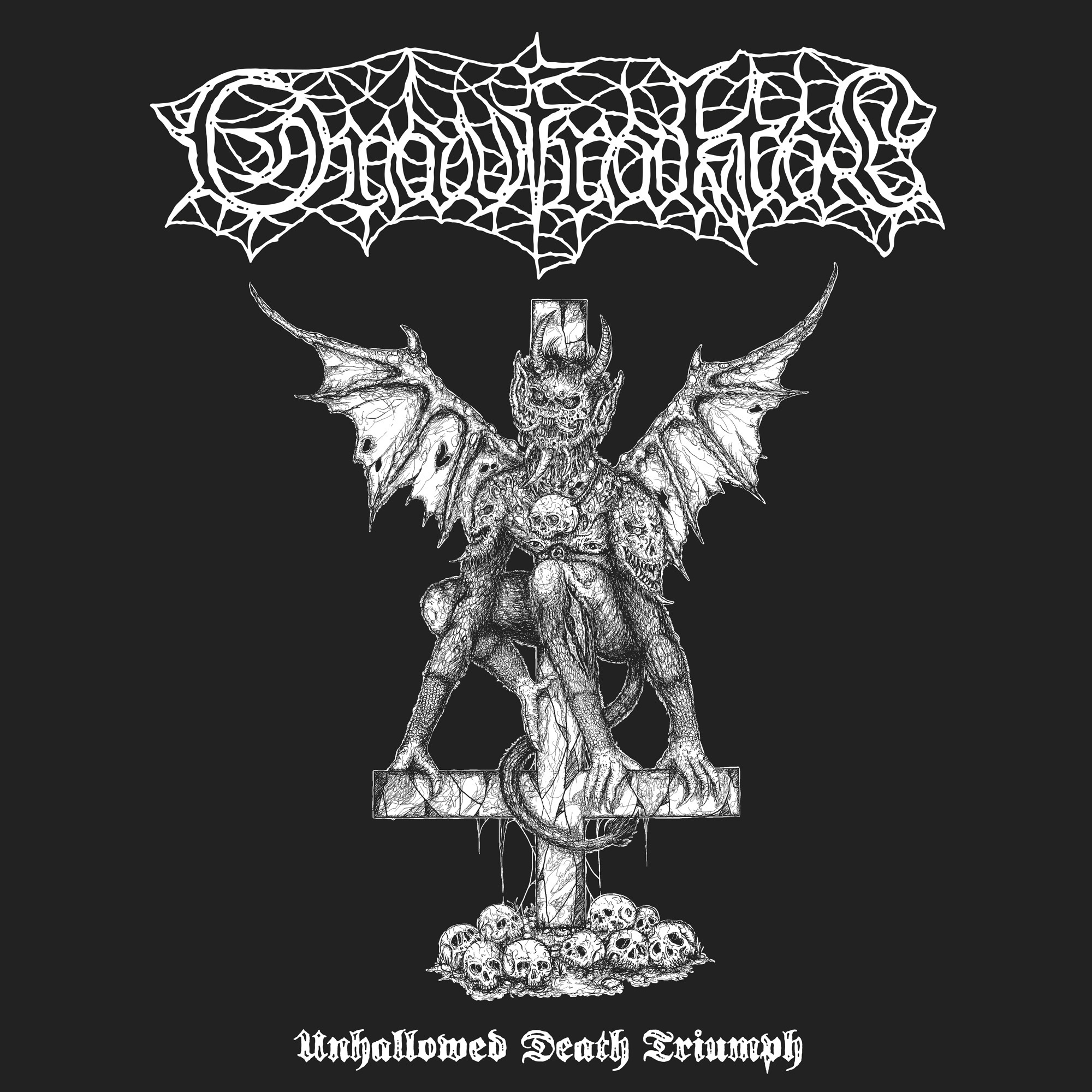 Gravfraktal is a new death metal band from Sweden. The band features in its ranks some well-known members of long-running projects; bassist/vocalist Warslaughter is from Diabolicum, Kill, and a former member of Bestial Mockery.[1] Drummer C.S. Johansson is from death/doom project Saltas and formerly Pagan Rites, while guitarist Terror is from almost too many projects to list, but the best-known ones are Runemagick and Sacramentum.

But, hold on, they are not the kind of Swedish death metal that immediately may spring to mind. Gravfraktal’s debut EP, Unhallowed Death Triumph, has very little in common with the crusty, HM-2 titans of the genre. And while it is melodic, it also bears scant resemblance to the Gothenburg sound. But it does have more than a passing resemblance to another Swedish powerhouse of death metal-Necrophobic. 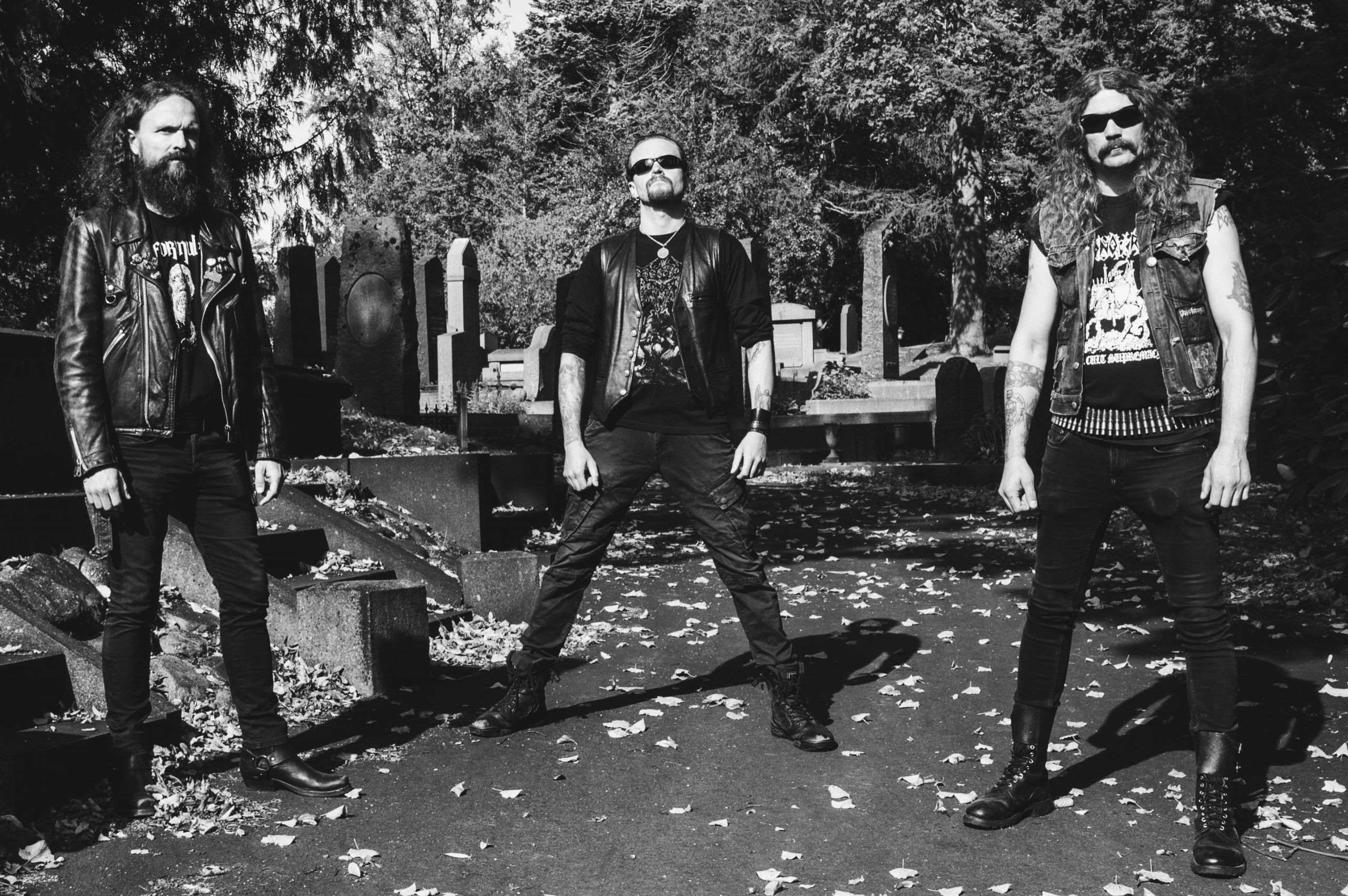 Gravfraktal sounds a lot like Joakim Sterner and company, straddling the line between black and death, the dark tremolo melodies, and using a similar vocal approach. There’s nothing wrong with that, considering Necrophobic have released some great albums; The Nocturnal Silence is a well-regarded classic and I’ve always had a soft spot for Hrimthursum. This also shouldn’t be a surprise, considering Terror’s time in Sacramentum, who also sounded similar to Necrophobic, although I would say Gravfraktal is less blackened, more death-oriented, and less melodic than Sacramentum.

Unhallowed Death Triumph is definitely a release that makes a great first impression. After the instrumental title track, “Carnage into Dimensional Oblivion” comes ripping out of the gate. It’s my favorite track on the EP, boasting a killer chorus and some eerie tremolo melodies and leads. It’s a brilliant track and certainly demonstrates that Gravfraktal have the songwriting chops to release a stellar album. “Putrid Gloria” is also solid, although it’s sandwiched between two stronger tracks. “Endless Grave Fractals” is another strong track, stronger than “Putrid Gloria,” but nothing on the EP is as good as
Carnage into Dimensional Oblivion.”

Unhallowed Death Triumph shows a band clearly still learning their identity, but they’re off to a good start. This EP is a solid recommendation for fans of melodic black/death.

[1] Full disclosure, Warslaughter also played in Sons of Satan, who have to be the worst case of NSBM denial I’ve ever seen. I couldn’t find any info on when Warslaughter played with them, for how long, or what releases he was on, if any. He seems to have left the project around 2008 and played in edgy but not NS projects since this time, which is the only reason I considered reviewing this.

Tends to like the dark, depressing, or filthy ends of the metal spectrum. He's also a huge horror fan and librarian by day.