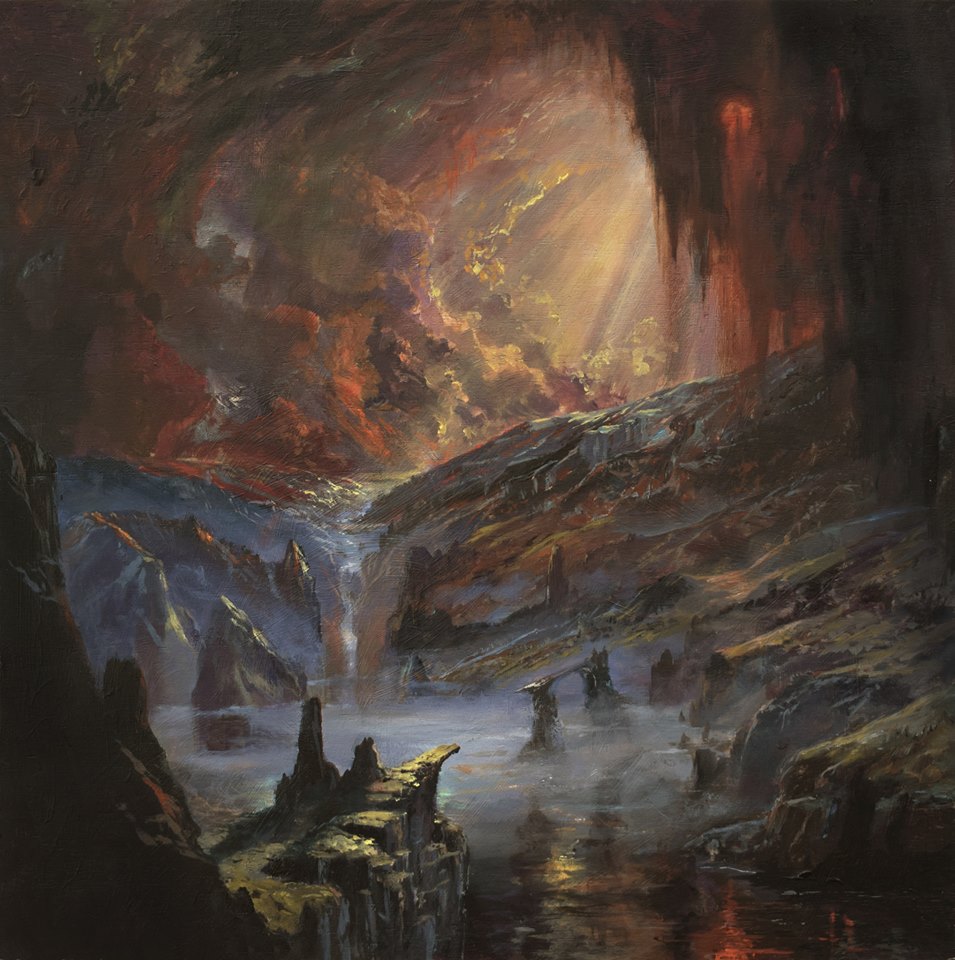 The Endless Possibilities of Melody

The stylistic drift many of the subgenres and divisions of death metal went through from the mid 90’s onwards is an interesting and sometimes quite disappointing phenomenon to watch. The genre mutated at an incredibly fast rate from 1990 to 1994 as the technical, brutal, and melodic subgenres reached heights that have since rarely been scaled and redefined what death metal could be. However as time passes and the offspring of these subgenre multiply, the most obvious external characteristics become exaggerated and turned into the focus of them until later generations have little semblance to their origins or in many cases, even death metal itself. Brutal death went from being an attempt to make an overall upgrade to all aspects of death metal whether it was raw velocity, complexity of songcrafting, and instrumental coordination but has mostly degenerated into slamming percussive filler and boneheaded dullness. Technical death metal’s expanding vocabulary of musicality ironically coincided with increasingly narrow applications that boiled down to becoming endless references to the most arcane of highbrow technique. Melodic death metal perhaps suffered the most; in fact, the grand majority of what passes for this subgenre is closer to various 80’s melodic metal styles (power and thrash typically) as if someone thought Painkiller would sound better when fused with sloppy Iron Maiden and Metallica leftovers before a touch of harsh vocals were added.

Enter the UK’s Horrified with the explicit aim of reclaiming the lost heritage of the subgenre and injecting a dose of soaring harmony into the burgeoning death metal revival. Beginning in 2014 as a primal mixture of Carnage, Consuming Impulse-era Pestilence, Autopsy, and 80’s Death on Descent into Putridity they would then explore the foggy gulf between the feral carnage of Dismember and Unanimated’s insidious black metal tinged approach in 2016 with Of Despair. This year, Allure of the Fallen builds on the aspirations of last year in an album that while their shortest to date, aims the highest with impressive improvements in playing capacity and storming melodic narrative direction. The jugga-widdle pedal riffing and breakdowns that came to characterize a fallen subgenre make no such appearances here.

Instead we hear sweeping tremolo patterns breathtaking in their scope supported by unusually active bass playing that liberally dots the album as Horrified explore multiple personifications of a central melodic theme. A wide variety of technique and concepts from both Dissection/Sacramentum/Dawn style melodic black and the more mystical, consonant end of death metal such as The Chasm, Alf Svensson era At The Gates, and Eucharist makes itself present. Broad strokes of tremolo riffing storm their way through shifting tides of tempo and shape, frequently harmonizing with expertise lead playing that chases alongside to build up harmony and continue momentum between each chapter of a song. The latter is important in how it helps to maintain continuity in theme when they change over to more conventional heavy metal style riffing to break up patterns, resulting in a few scorching solos to conclude a portion, or in moments of reflection as monumental chords serve as a backdrop for angular doom melodies to loom over the echoing death knell of each riff.

All of this is held together in structures that aspire not for the fractured chaos death metal is typically associated with but a smooth continuity between individual segments, each with its own distinct voice like characters in a great saga. Rhythm guitars set out the framework in which ghostly lead guitar rises and coalesces across lengthy compositions, the shortest of which is nearly six minutes in length. As momentum builds, the harmony utilized changes across each major shift in song direction from blizzards of fast picked racing patterns to tastefully strummed harmonies. Tempo is important but compared to other death metal, there is not much emphasis on precision rhythm playing or punchy rhythm as much of what is heard floats ghostlike and near disconnected from deftly executed drumming. Rather, lead guitar and how it changes across the various breaks in theme and individual sections of a track plays the central role, forming something akin to a second layer of storytelling to follow throughout each song. However there are moments where it fades back in order to allow powerful, mountainous rhythms to storm onwards and gain ground but this is typically to better distinguish individual riffs. Similar to The Chasm, there’s little in the way of repetition here but like 2009’s Farseeing the Paranormal Abysm, a constant sense of building and exploring theme is present but Horrified differ with a much more vigorous delivery, ever flowing in melodic sequences that are stretched out to their limits before they are settled with massive dirge-like concluding riffs that demonstrate their funeral doom metal influences at their most prominent.

If this album does have some flaws, it is the occasionally shakey nature of the songwriting. Some transitions between portions are very abrupt and sudden even if the highly involved lead guitar can cover for this. The counterpoint provided by bass guitar, while frequently interesting, has a few moments that sound a little out of place in how active it is. Some of the soloing occasionally sounds a little off key or awkwardly phrased. However while notable they thankfully aren’t fundamental flaws that affect the album to its very heart and are forgivable for the most part.

With all of this in mind, the significance of this album isn’t just in how it rediscovers why melodic death metal incredible when it first began, but also in how it sidesteps much of the shortcomings plaguing the 90’s death revival. It is a sound that one might say is old but it’s hard to say who it truly belongs to; lessons learned from 90’s black and death are apparent but rarely if ever have they been captured in such a form, one that brings to mind the more “epic” of recent death metal bands like Desolate Shrine and Monomakh. Regardless of where it fits in the bigger picture, it stands as a proud monument to the creativity still fetid and teeming within a genre approaching critical mass. Much has been said about the innovations of the dissonant death metal movement but as far as I am concerned, the movement is quickly deconstructing itself into oblivion. Horrified make it clear that the possibilities are just as endless, if not even further in their scope, with pure melody itself.