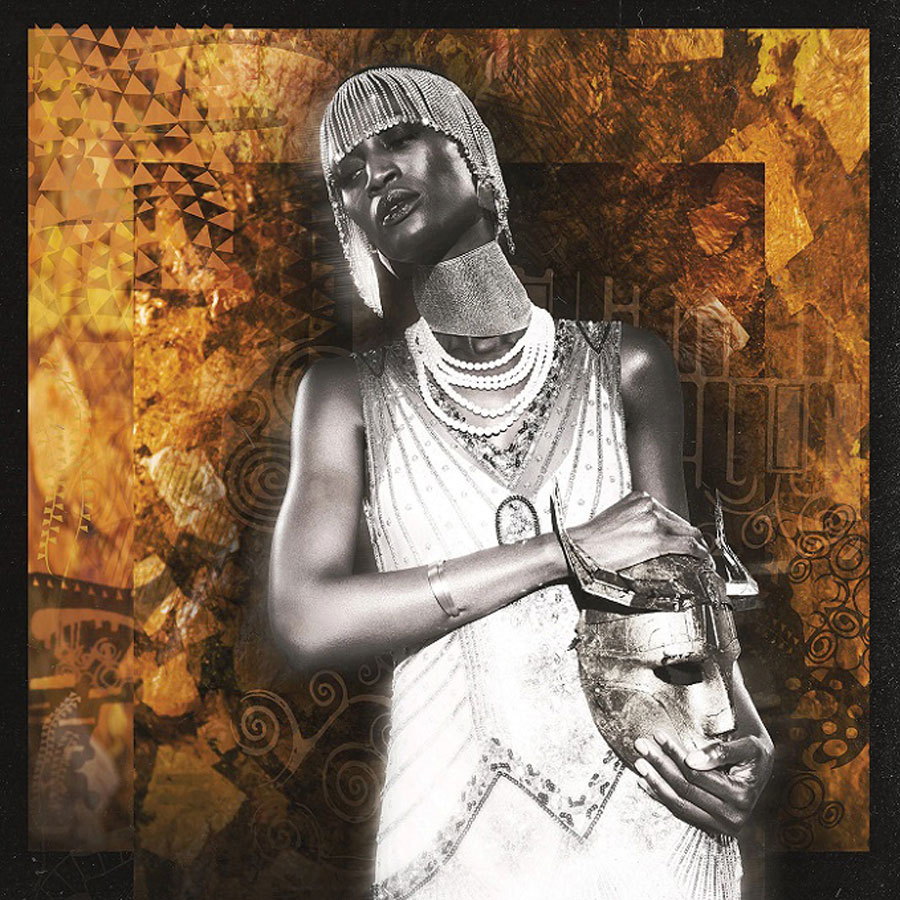 “Spirit of Ecstasy” is the fifth album of the New York-based experimentalists Imperial Triumphant, and it looks like they have decided to outdo here themselves. And everyone else. Since their first full-length album “Abominamentvm” (2012), their music serves as a great occasion for listeners and critics to parade their knowledge of music theory and explain how the band generates all these extraordinary sounds. If you are not strong in music theory, well, it does not matter, you can always take advantage of a legal loophole and refer to free jazz. And that’s what we’re going to do: there’s a lot more free jazz on “Spirit of Ecstasy” than on the band’s previous albums. 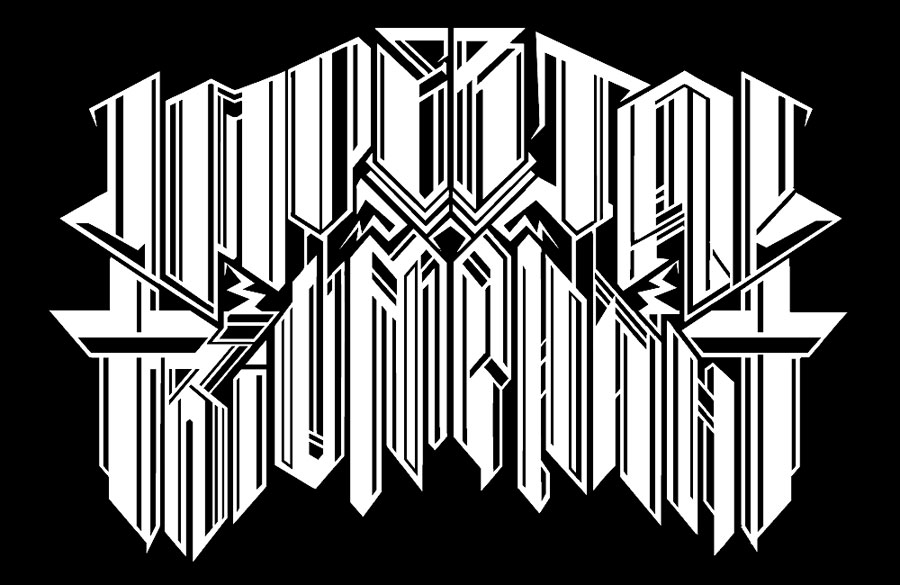 To be convinced of this, it’s enough to pay attention to the drum part, and it’s not that hard: the album contains an unimaginable number of intense drum fills. It’s kind of uninterrupted phrenetic fills and breaks that only stop when the blast beat or some abstract section/bridge starts. Add to this, by the way, that the double kick is noticeably raised in the mix, we hear it throughout almost the entire album, – this is a real drum hurricane. Mathematically precise hurricane.

The bottom section matches this realm of breaks – the bassist’s fingers constantly scurry around the fretboard, generating an endless abstract tune. While the guitar riffs that lean on this orgiastic rhythm section are not easy to follow at all. But maybe there is no great need for this – the guitar part can be very different, but basically its task is just to create some unearthly sound. Dissonant sound. Very aggressive sound. But just a sound, not a melody.

As a result, there is a feeling in too many parts of the album that Imperial Triumphant are on the verge of “cacophony”. “Death on a Highway” and “In the Pleasure of their Company” are the most striking examples of this “cacophonous” approach to composing music. Luckily for the metal mind that should feel immersed in antimatter, this “cacophony” is not at all a continuous act, as the songs follow some kind of structure, and there are even repetitions in them. So we have something to cling to in this “cacophony”. Okay, not “cacophony”, just free jazz.

But whatever you call it, this kind of music is mostly suitable for the soundtrack for protracted script transitions in movies, for example, by Lynch. And you can’t build an entire movie on script transitions alone. From this point of view, the previous album “Alphaville” looked much more like a full-fledged film, even in its most “radical” songs (“Alphaville” and “Transmission to Mercury”) the so-called “cacophony” is present in moderation.

Of course, there is not only a “cacophony” on “Spirit of Ecstasy”, here you can also hear the dissonant riffs throughout the sections characteristic of avant-garde black metal (should we qualify “traditional avant-garde black metal”?), but it has to be said they do not shine very often in their pure form. Well, almost every song starts with such a riff/section, also there are quite a few bridges/parts that contain clear dissonant riffs, but as already mentioned, in the main body of the song, due to the free jazz rhythm section, they just get lost, they drown, they melt from avant-garde black metal into something even non-metal. As a result, these “pure sections” are perceived only as a kind of tribute to the previous stages of the band’s history.

Imperial Triumphant is commonly compared to Deathspell Omega. Well, in the fall of 2010, when Deathspell Omega released their masterpiece “Paracletus”, Imperial Triumphant could only boast of the “Obeisance” mini-album, which constantly brings up deja vu (“Battles in the North”, “Anthems to the Welkin at Dusk” and some other classics), only excellent violin pieces dilute this feeling. “Obeisance” sounds good, but banal to the point of insanity. Today we have that Deathspell Omega, judging by their latest album, “The Long Defeat”, realized that moving further in the same direction is fraught with chaos (cacophony), and therefore decided to stop and turn aside, which explains the “softness” and melodiousness of their latest album.

Considering the stunning progress made by Imperial Triumphant in their music, we can say that they too have come to the very edge of the… okay, euphony. But unlike Deathspell Omega, they decided to go further, sacrificing the “orthodox” avant-garde black metal and taking free jazz as a “guiding star”. Most likely, there is nothing supernatural in the Imperial Triumphant newest music from the free jazz point of view – if you are able to listen to jazz. While the originality is going through the roof from the metal point of view. Of course. But if free jazz is played in the metal manner, it will still be free jazz, not metal. “Alphaville” was still a black metal album, with all sorts of additions and refinements, but black metal. Black metal on “Spirit of Ecstasy” is already perceived as just one of the elements of free jazz.

It would be a different matter if it ended there. But. Trombone and trumpet have already been used on Imperial Triumphant’s previous albums, and now it’s the turn of saxophone. How could it be without it. Of course. Enjoy “Merkurius Gilded” and “Maximalist Scream”. But please keep in mind that today the saxophone in black metal is a hackneyed subject – too often it is used when all the ideas from metal music itself have been exhausted. In its turn in “In the Pleasure of Their Company” we are dealing with some kind of competition between trumpeters: the brass (trumpet or trombone) is so dominant in this song that you feel genuine bewilderment when the lead guitar joins them. Maybe there are really too many wind instruments on “Spirit of Ecstasy”.

And to be honest, it’s not very clear why Imperial Triumphant needed a saxophone. A lot of bands use the saxophone to get originality in their sound, but Imperial Triumphant sounded original without that damn saxophone. Even without it they sounded like John Zorn, and it is almost impossible to go further than Zorn in his experiments. So why? If only for the purpose of making it even more obvious that Imperial Triumphant play free jazz and not black metal.

However, it is impossible not to admit that the whole jazz experimentation process works well with one of the former Imperial Triumphant “schticks”. What is meant here is brutal palm mute “chugs” in the spirit of the New York death metal scene: enjoy “Metrovertigo”, “Death on a Highway”, “Bezumnaya”, “Maximalist Scream”. This palm muting, by the way, is very consistent with almost growling vocals. In these fragments, the perverted atmosphere of Imperial Triumphant’s music is felt especially sharply.

Some songs stand out from the rest: “Metrovertigo”– a gloomy low end song; “Tower of Glory, City of Shame” – starting with an insane cacophonous orchestration in the spirit of Schnittke, at the fourth minute it unexpectedly treats us to a bright lick, this looped touching melody contradicts all the album material, so this is one of the most “sane” songs; “Merkurius Gilded” – opening with a melodic viol break (of course, it has nothing to do with those that were at the early Imperial Triumphant era), this song promises to be melodic, and indeed, despite the saxophone’s use, this is the most melodic song on the album; “Bezumnaya”… Well, perhaps this song serves as an ambient track on a “true” black metal album. Its name is translated from Russian as “Crazy [song]”, and here we really hear Russian speech! Oh, don’t worry, the words are spoken by someone who has already forgotten the Russian language, in his recitative you can make out phrases like “The sun is setting”, “Against the wind”, “We are laughing” – no reason to worry. 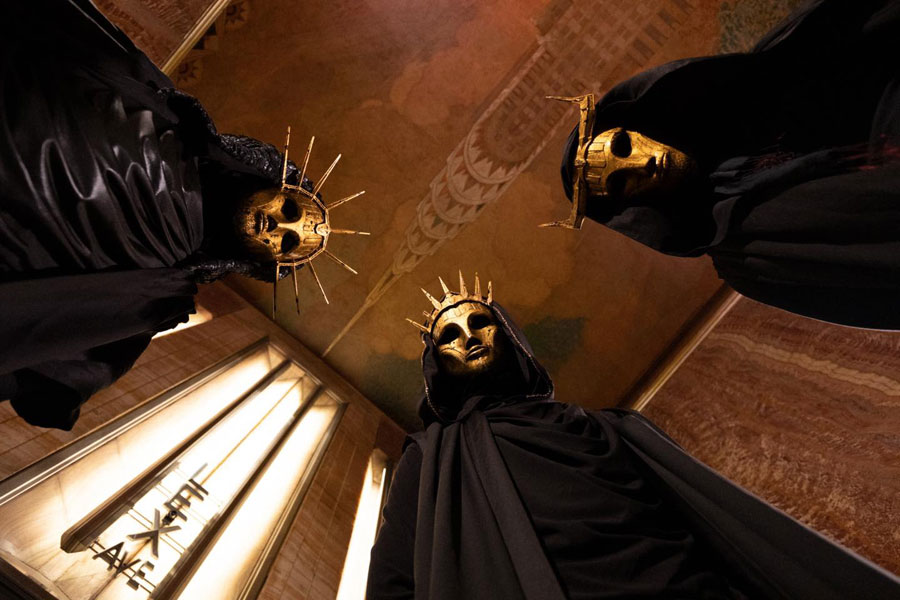 Summary. It is difficult to listen to this super-sophisticated stuff, although sometimes it is really interesting. Imperial Triumphant are masters at everything, they don’t revolutionize, they just push themselves to the limit. Yes, to the free jazz limit. But it would be better if they did all this without a saxophone.