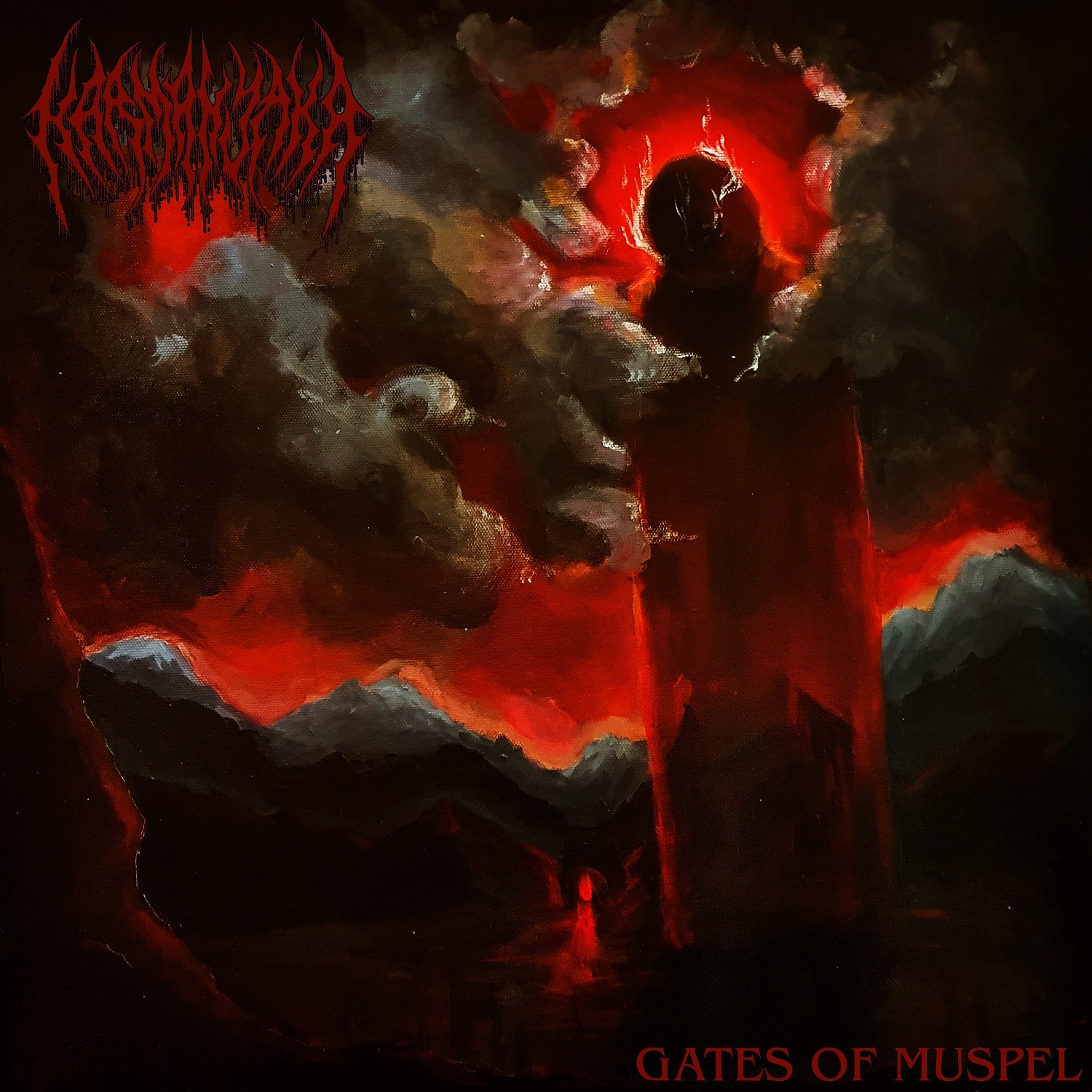 Today I’m taking my first look at Karmanjaka, a name that sounds like an urban crime occupation when I read it aloud, but apparently refers to a cave where a dragon lives in a novel by Astrid Lindgren called Bröderna Lejonhjärta (The Brothers Lionheart). You wouldn’t have to know that fantasy and myth are prevailing themes for these Swedes to get the most out of their third album, since the themes gel pretty well with general black metal trends anyway, though the source material comes from the Old Norse text known as the Poetic Edda, as can be glimpsed from song titles like “Ancient Aeon” and “Fenrir”. The five-piece have all chosen pseudonyms aligned with their Norse locale (attentive fans will have seen some of them before) and daub Gates of Muspel with plenty of heavy ballast, taut frostiness, and lashings of melody. As such, the 47 minutes don’t come across as too tricky or too simple, continuing the band’s steady progress since beginning in 2016. 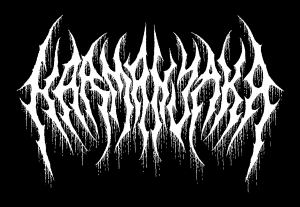 As with other groups broadening black metal with numerous influences, the pacing and style that Karmanjaka present fluctuates plenty across the release. Some of the ground-shaking power of latter-day Immortal can be found in the riffing department, though the epic strokes from both vocals and instruments indicate affinity with everyone from Borknagar to Insomnium. Nor is that the only coincidence with melodic death, seeing as the penetrating style of playful lead work is a closer match for Amorphis than even Sacramentum or Naglfar of the more pleasant Swedish black metal crowd. What’s refreshing for me in particular is the warmer than expected production, which allows the drums to bump along less intrusively than all of the above-named bands, turning parts of the music into much mellower rock jamming, actually verging on post-rock at a few moments. All the same, the drive remains in the loose growled vocals and icy jangle of riffwork.

With 8 songs varying massively in length from under 4 minutes for “Sorcerer King” to almost 10 for the closer, Karmanjaka offer a lot of different moods and techniques on this epic journey. Opening the title track very directly with attacking riffing, they change direction quickly to folky melodic accompaniment, a magical keyboard swell, and then more strident power that irons out the combative parts of the first riff. With the inclusion of that jaunty lead style midway through, the first track of Gates of Muspel already makes a great impression. Despite the increase in length for most of the other numbers, a sensible adherence to similar formatting keeps songs clinical, energetic, and – most significantly – always evolving. Karmanjaka repeat parts when they have to, particularly focal riffs in many of the cuts, and change direction with surprising economy, proving the capabilities of the rhythm section without outright advertising. Feeding back several times in succession into the resounding chorus part of “Sculpting the Heavens” shows the suss involved in working out the best arrangements even when less conventional. 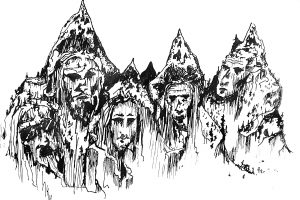 As the album unfolds, more and more little bits stick out to make the fairly unobtrusive Gates of Muspel extremely memorable. Little things sometimes, such as starting “Draug” with the bellow of a war horn and then smashing through a mega-catchy epic heavy metal lick, or larger manoeuvres like dialling down “Amongst the Waves” to lapping waters and croaked vocals for almost its whole length – all these moments leave their mark. Such welcome exploration doesn’t make me tempted to use the “progressive” epithet, which Karmanjaka appear to apply to themselves, though a couple of more deliberately complex moments may steer others to that conclusion; for instance, the relentless melody and rhythm barrage out the gates on “Sorcerer King”. I prefer to focus on the keening wind instruments and lilting folk hymn that come right after, which affirm the quintet’s attachment to their theme. Nonetheless, whether focusing on the more traditional roots of Karmanjaka’s sound or their broad-minded adventures, Gates of Muspel decidedly represents one of the better surprises from folk-tinged black metal environs.