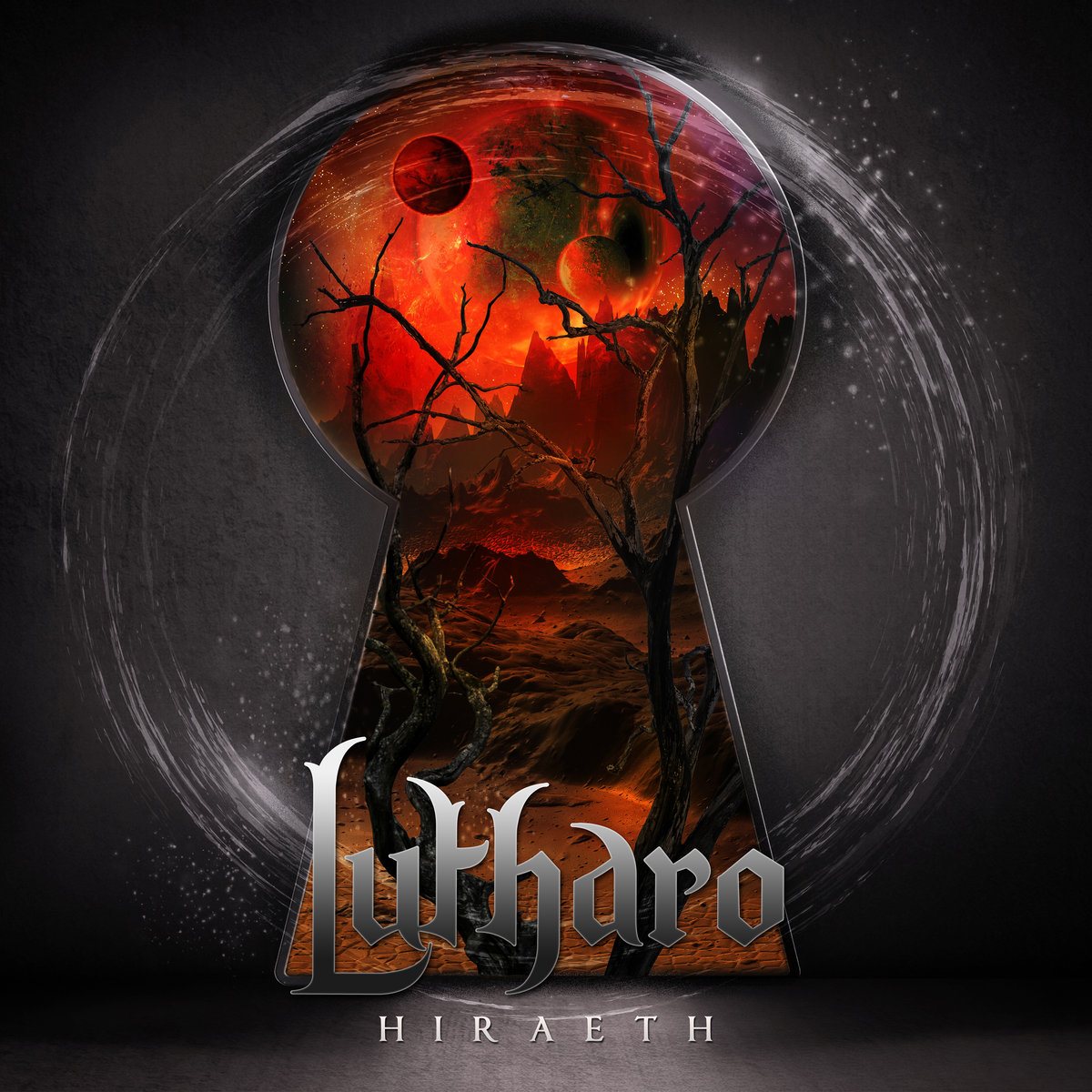 Hiraeth marks Canadian quintet Lutharo’s first full length outing, but far from the band’s first rodeo. Coming off the back of three EPs of sterling quality there’s a heavy burden of expectancy on this album for established fans. Excellent then that the LP’s ten tracks of fiery hybrid melodic death and thrash arrive shot through with the prowess of a hard-working, long-grafting veteran band, not to mention a sprinkling of power metal cinematics. Hiraeth is a powerful next step in the road warrior act’s journey.

On prior releases, the band have concocted and developed a heady brew of ‘front toward enemy’ melodic death, intelligent thrash metal and tastefully deployed hooky melodies. Hiraeth plows forward in this furrow with huge energy and a tempered confidence that demonstrates the hard work and graft Lutharo have already poured into their career. Hiraeth is bigger, faster and in a way that is quite surprising given already achieved heights, heavier than any of the band’s earlier cuts. 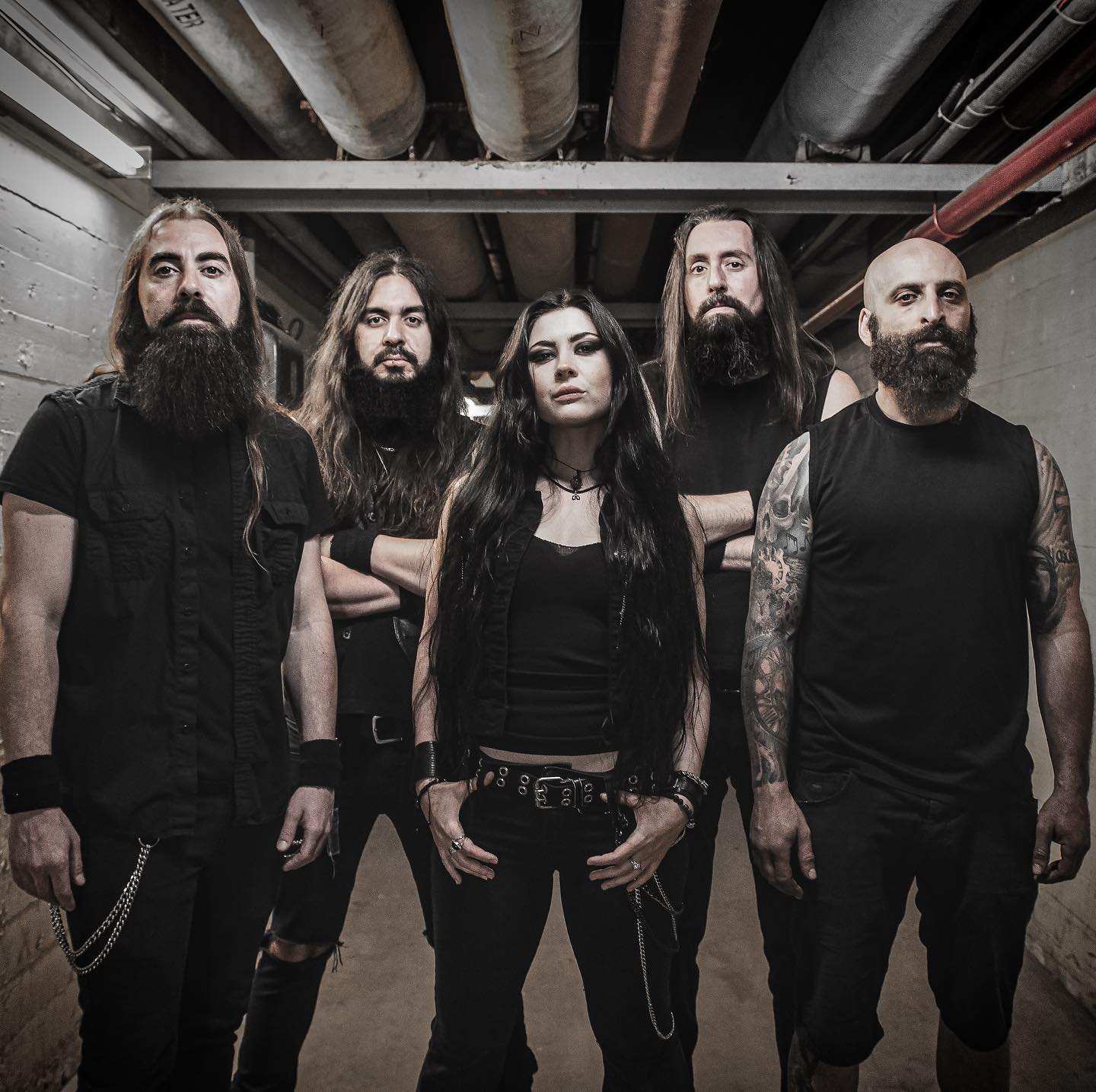 The five-piece deploy a sound that builds upon a base of high-speed melodic thrash and death with a great eye for epic songwriting and intelligent, smart use of hooks. Gatling gun riffage glues the listener to the wall, practically challenging you not to get out of your seat and bang that head, while huge melodies soar and dive in and out of that furious wall of noise. Riding those riffs and melodies is the defiant and sharp vocal performance from Krista. Her range is huge, deploying all manner of skills across the run-time, keeping her perfomance persistently excellent but also excitingly volatile. Powerful death and hardcore barks and growls flow into gorgeous cleans, which often hit vast cinematic highs.

Any prior listener to the act will know them for fist-pumping anthemic death-power-thrash with a great sense of dynamics, and none will be disappointed here. The style built in releases such as Unleash the Beast or Wings of Agony is developed even further here. Hiraeth is ten tracks of pure energy and likeable grit, showing off the bands hard-won skills in their ability to make all of their tracks memorable and full of enjoyable twists and turns. The sound here is vast too, prior EPs were no slouches but Hiraeth is as razor sharp on the production side as it is in its writing.

There are really few things here to moan about, as Hiraeth is drum tight. There is an enormous amount of energy and skill here to go around. I could perhaps see some purists of one style or another perhaps grumbling that the three core tenets of the Lutharo sound are so totally fused together, personally that wasn’t an issue. The ingredients of the recipe are very well blended here, the band having worked extremely hard thus far on perfecting said recipe prior, and as such I never found one stylistic aspect overpowering another to too great an extent.

One thing I did find interesting, and again I personally found a positive rather than a negative but bears mentioning with Hiraeth is that despite it being such a full-bore energy and speed fest, it requires, nay positively demands, repeat listens to get the best of. An initial scan listen would possibly give the listener an impression of similarity across tracks, an impression that is unfair to turn into a conclusion, and is only caused by how every track gives you a bit of each facet of the bands sound.

With that extra depth, for me this is an album that is not only a huge win for a band who have already repeatedly clearly demonstrated they are an act you can bet your house on delivering the goods, but a clear rebuke for any naysayer arguing ‘do we really need any more thrash/NWOHM/death metal revivals?’. If it sounds like Hiraeth, then yes. Yes we do.

In Hiraeth, Lutharo have delivered on the threat-laden promise of their prior trio of furiously catchy EPs with an adrenaline spitting slab of epic death thrash. Every one of the album’s tracks is a sharp, excellently performed kick firmly up the listener’s ass, and a potent middle finger to any thrash detractors still lurking about. After having been clear in their intention to gloriously kick the backside of anything in their way since 2014 (2012 if you count their time as Incarnadine), Hiraeth continues with that mission, dropping three quarters of an hour’s worth of vastly memorable pure melodic death thrash joy.