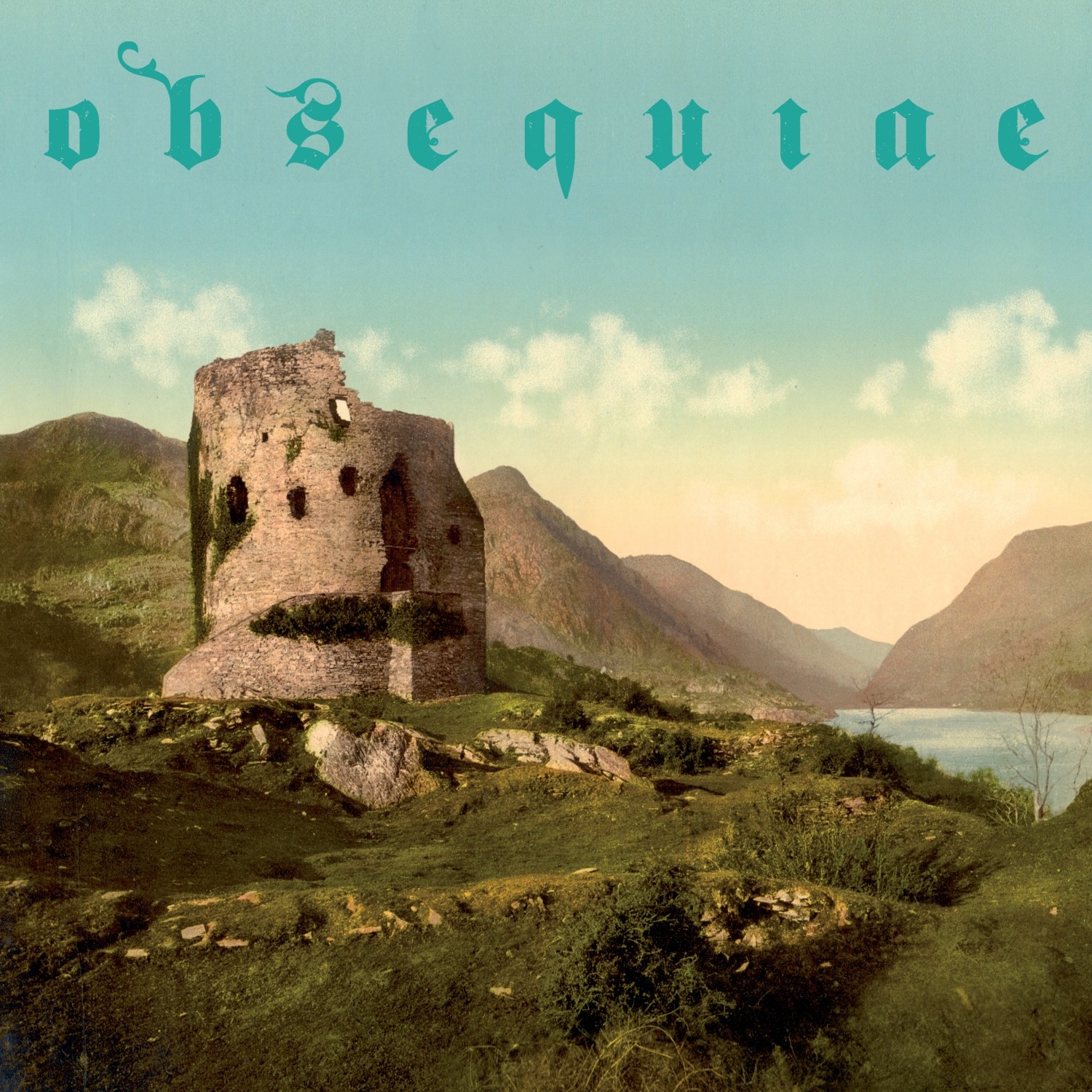 Majestic, soaring, triumphant, vast – these are terms many of us have come to associate with black metal ever since the sprawling ambitions of bands such as Burzum and Emperor to latter day acts such as Summoning and Limbonic Art. One could say in some circles this more grandiose aspect of black metal is more popular than its infamous associations with infernal demonolatry and incessant blasting but these are all characteristics associated with the genre during its 90’s makeover when it went from being a disparate grouping of bands from Slavic nations and South America along with countries such as Italy and Greece to a unified Scandinavian sound. Since 1998 however Minnesota’s Obsequiae have been crafting their won particular take on the “epic” side of black metal initially under the name of Autumnal Winds. They made shockwaves with Suspended in the Brume of Eos in 2011 and shot to the top with Aria of Vernal Tombs four years later. However one thing many noticed between both albums was the streamlining and decreasing of sheer technicality between them, going from an a surprisingly coordinated and demanding high intensity act to a slower, doomier one with notably simpler drumming patterns. However for this next album, the skills of jazz-influenced Vex drummer Eoghan McCloskey were brought along and the graceful harmonies of their older material have returned not in tempo but in intricacy. A return to form? Perhaps that would be appropriate but a synthesis of both periods of the band is a more apt description, one that has resulted in their strongest material to date.

On The Palms of Sorrowed Kings, Obsequiae take their combination of heavy and doom metal influences and classic Greek styled black metal, infuse it with an almost prog-like technical fluency, and deliver it with the viking-era Bathory esque sense of massive scope that the sophomore hinted at but here is delved into wholesale. Hill-levelling riffs create vast spaces occasionally augmented with backing frequently synths. In these verdant expanses Tanner sends armies of flourishing lead guitar harmonies, reaching levels of vivid melodiousness normally reserved for yet also reminiscent of the works of bands such as Fatal Embrace and Sacramentum crossed with a much more technically driven Rotting Christ or Varathron style compositional baseline. It’s the idea of the first wave of black metal, a nebulous ideal comprised of an odd mish-mash of older pre-genre styles, rearmed and enhanced for the modern day as both a bridge to the past and a voice of the contemporary. It works surprisingly well without really coming off as hollow half-hearted faux-oldschool redundancy as you might see in the saccharine blandness of reheated bite-free harsh vocals power metal mediocrity like Arghoslent and House of Atreus that frequently tries and falls face first in recreating this. A careful balance is maintained here or rather an expertise in knowing how to exploit and manipulate the sometimes fairly thin barriers that exist between Greek black metal and Hammerheart style viking fare and the older traditional and doom metal that informed it. Riffs echo and ring out like massive church bells next to select moments of furious blasting and stringent, driving melodies before flowing into slower articulate doomy leads, and Tanner’s storming voice screams out like a distant echo from some shattered medieval fortress. It might be easy to point out this band’s myriad influences from all across the spectrum of metal and for some even folk but the atmosphere and aesthetic they create has few equivalents today.

As with the sophomore, the album’s songs develop in a more “linear” or more accurately “narrative” fashion, unfurling from mounting patterns of riffing but guided by their impressive lead guitar playing as opposed to the more driving, rhythmic structuring of their debut. This is considerably less oriented towards pure ambience than most of the genre, driven by powerful riffs rather than texture in a way distantly reminiscent of Absu’s The Sun of Tiphareth with its visceral almost Manowar-esque guitar work and varied, tasteful drumming. While this this album does de-emphasize the rhythm guitar primarily relegating it to create a backdrop of massive rowing rhythms or big ringing chords, it allows Tanner to work through a variety of iterations of various lead guitar themes, connecting them through a changing panorama of mood and motif, carefully varying intensity and phrasing to flesh out the harmonious architecture that is the true backbone of each song. A lot of the album is carried by the sheer power and creativity of Tanner’s playing but he displays a careful eye towards how to link together various contrasting lead guitar themes, balancing sheer energy with moments of resonance and reflection with a good deal of breathing room for the slower meticulous patterns to contrast with more triumphant, layered ones that emphasize much more stately, arching technique. Underneath this Eoghan’s drumming works through a variety of his own particular patterns whether it’s subtly tinging the fluorescent intensity with concise punchy rolls and pounding cymbal work to unexpectedly savage blast beats that go into full chaingun tempo on a few occasions. Assisting this is a fairly prominent bass presence, mirroring the guitar work yet not without breaking away to harmonize or craft a few melody lines of its own. In the spacious framework of their sound, they have quite a bit of room to explore but intrinsically bonded to the wild guitar histrionics soaring overhead, adding vigour and bulk to what might otherwise feel very airy and distant.

Rooted in a reverence of the ancient and the mystical yet free from the retro-pandering and hollow tribute mentality of so many would be pretenders to the throne, Obsequiae’s third album shows them at their strongest and sums up everything powerful about their sound. It takes the roughest ideas that began all the way back in their earliest days and takes them to their furthest extremes guided by musicianship accomplished and creative in equal measure. It presents itself not as a recreation of a bygone era but a contemporary monument displaying what is still possible with ideas many would dismiss as dated and irrelevant in its paradoxical unity of the past and the present, offering a new vision of the future for black metal that refuses to follow completely in the steps of the second wave. The main avenue of improvement I can think of is a stronger rhythmic guitar accompaniment. While the lead guitar playing is probably the best I’ve heard this entire year, there are a few times Tanner comes dangerously close to stretching how much of it one can use to carry a song. Further enhancing the rhythmic core of the band could go a long way in helping to avoid that risk and open up some new avenues to explore along with just making the band a lot more viscerally heavy. It can definitely feel a bit lacking in some of the more visceral intensity of their older material. Regardless of these shortcomings, they’ve created a distinct space for themselves in the tumultuous state of the genre and one can only hope to see them push their ambitions even further in years to come.

The Palms of Sorrowed Kings releases on November 22. You can preorder it here.