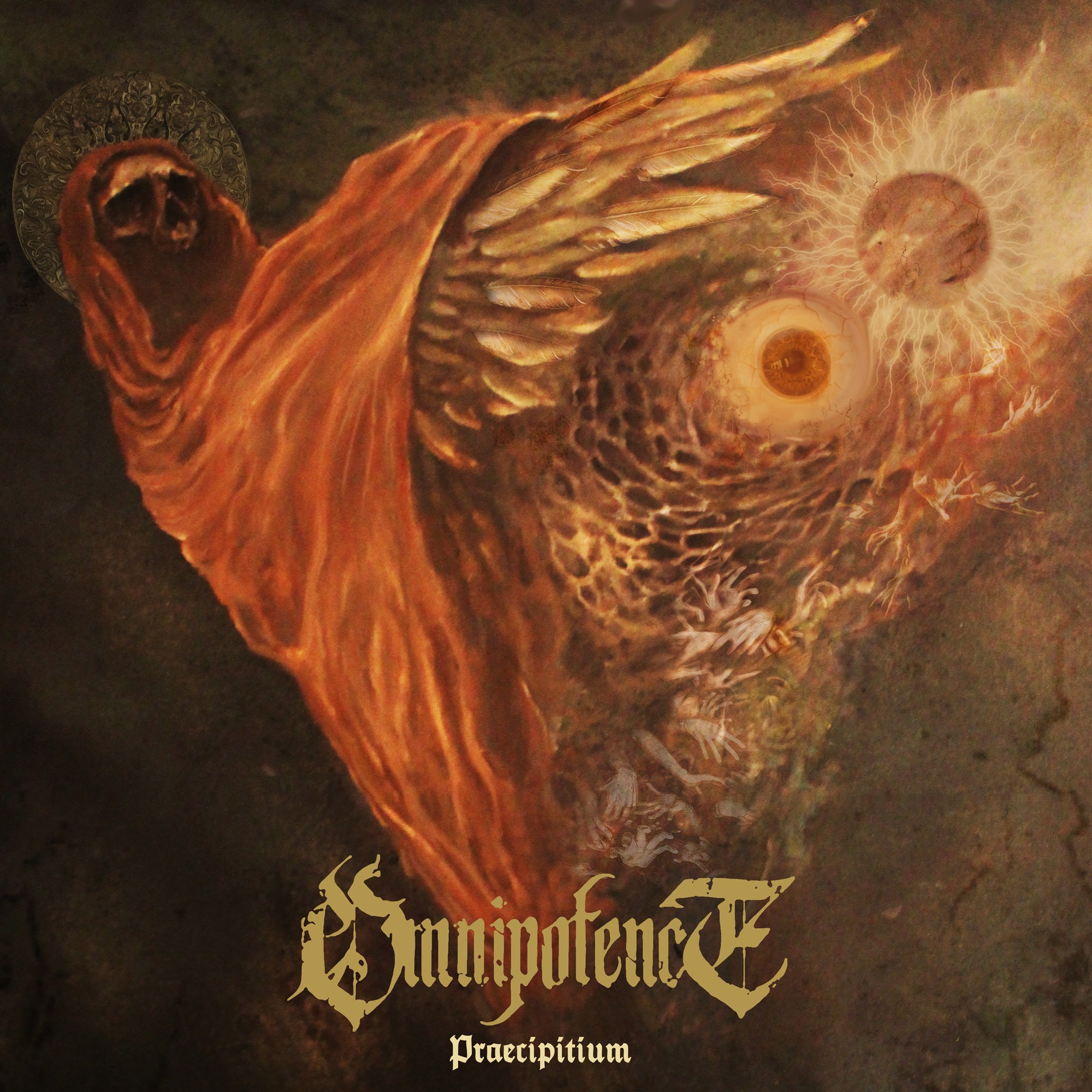 Normally, I’m not much of a black metal listener. I can enjoy the genre in a few specific configurations, primarily those that lean towards the first wave but save for a scant few exceptions, the classic 90’s Norwegian and Swedish sounds struggle to maintain my attention. I find too much of it too drawn out, its riffing distant ambient texture and its songwriting flat in its usage of rhythmic topography and its sense of melody broad to the point of sounding vague and perfunctory. However occasionally some bands manage to inject a familiar if tired idea with a newfound sense of vivacity and directness. Formed in Canada circa 2015, Omnipotence are recognizably in the second wave derived camp and check out all the boxes for genre expectations but as you can see from the score, that is far from the totality of their sound. With a ruthless riff driven sound and a distinct usage of melody, Praecipitium elevates itself above this densely saturated genre, taking the ordinary and morphing it into the extraordinary. 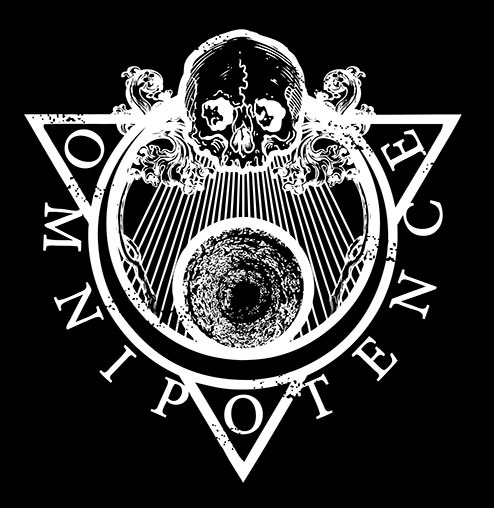 Omnipotence’s sound is characterized by a heavy emphasis on tremolo strummed action and grating background chords through which they weave this austere and to my ears somewhat folky sounding melodies that for many will be the star of the show. The former aspect sounds plainer on paper but in practice they have a great eye for making powerful rowing motions, frequently adding a muscular rhythmic foundation that avoids the empty soundscapes black metal can often find itself wandering in. It’s melody driven to the point that it sometimes wouldn’t sound out of place in the realm of Sacramentum, Dawn, or Vinterland. However, their style places a bigger emphasis on mounting intensity present in their powerful rhythms with the melodies stretching themselves out in lengthier patterns, turning into something halfway between the effect of a chilly blizzard outside one’s window and the antiquated sound of a sombre violin piece. While there are only two songs whose lengths go above the six-minute range, they still manage to cram a lot into each one. They’ll stretch out their riffing just enough to let it sink in, not fully emphasizing elongated texture as much as lengthier patterns that transition through changes in phrasing and tempo. There’s always a sense of progression in each song with every section that just starts feeling like it might come close to dragging using its tension and momentum to slide into a new and fresh set of ideas.

This balance between black metal’s sense of sustained atmosphere and Omnipotence’s own vicious attack gives their debut a clear sense of coherency and theming behind each composition. Melodies are often introduced on rhythm guitar are mirrored and harmonized with higher register technique, proceeding to be examined and contrasted from a variety of angles. Multiple permutations of riffing expand on this core idea, directing it to the next by frequently using vigorous lead melodies to move between them seamlessly, leading to a sound that while powerful and riff driven is also elegant and smooth. While the melodic nature of the songs as a whole might not be too impressive, it’s how the melodies build upon and relate to one another that lends to the album a stronger sense of continuity. It’s the substance that holds these songs together, songs that feel like they’re growing ever more expansive by the minute, thanks to them knowing when to go for resonant harmonies and when to let aggression help carry them through.  Just as importantly, they aren’t afraid to fit a wide variety of tempos into these five songs. Only “Lethiferous” would qualify as a blast fest (subsequently the weakest track with its heavy repetition) but the rest of the album has a good ear for using slower tempos to really draw out the full sense of raw power in each melody or kicking it up a few notches to emphasize their powerful and very distinct structuring. 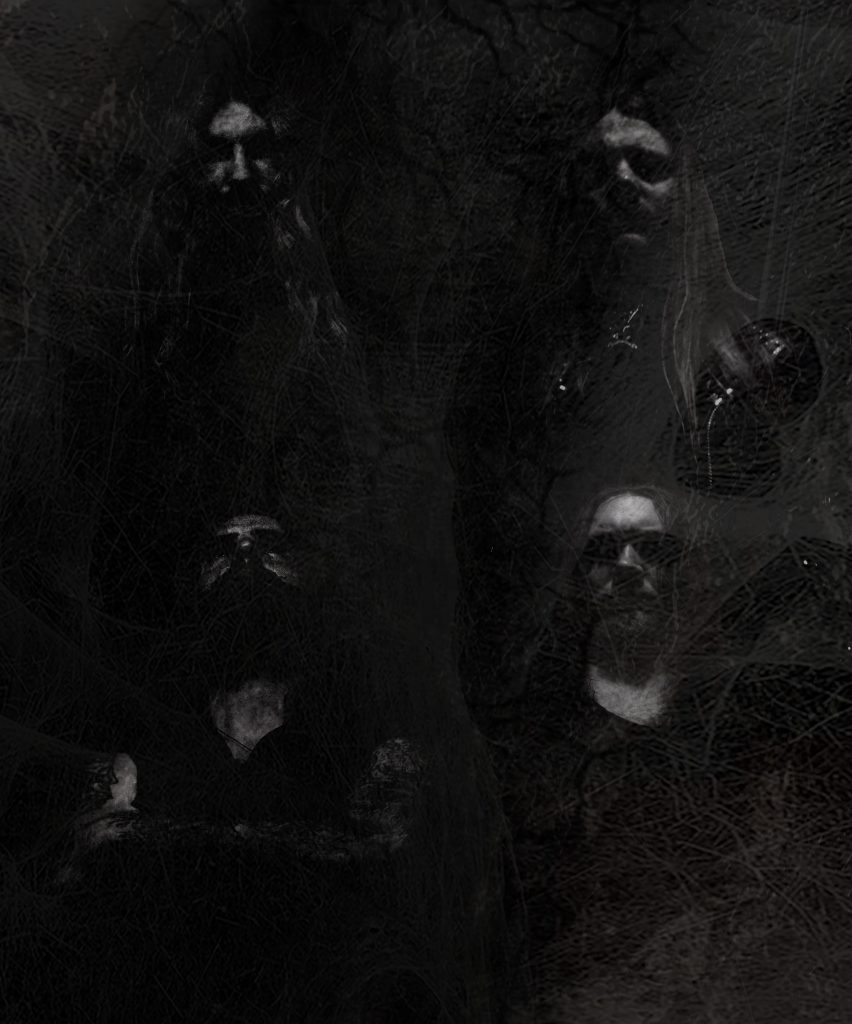 As someone whose main enjoyment of black metal comes in the form of bands like Obsequiae, Mortuary Drape, Verberis, Vassafor, and other purveyors of the genre’s murkier side, Praecipitium was a refreshing listen that makes it clear that things that might appear as stylistic flaws can be turned into strengths with the right people at the helm. Where the band can improve would be in having more moments where rhythm guitar can breathe and using a wider range of lead techniques; the tremolo harmonies are amazing as they are but sometimes they can be trying over longer periods. The rhythms juxtaposing and supporting them don’t always feel like they possess the same strength and creativity even though they’re still a slice above most of their competition. “Lethiferous” is also the album’s one throwaway track, sounding more rushed than the others. However this short debut still holds a great deal of promise and potential, hinting at greater things than its humbly short length might seem. For a riff driven and melodic yet never flowery or lightweight take on black metal give this one a shot.