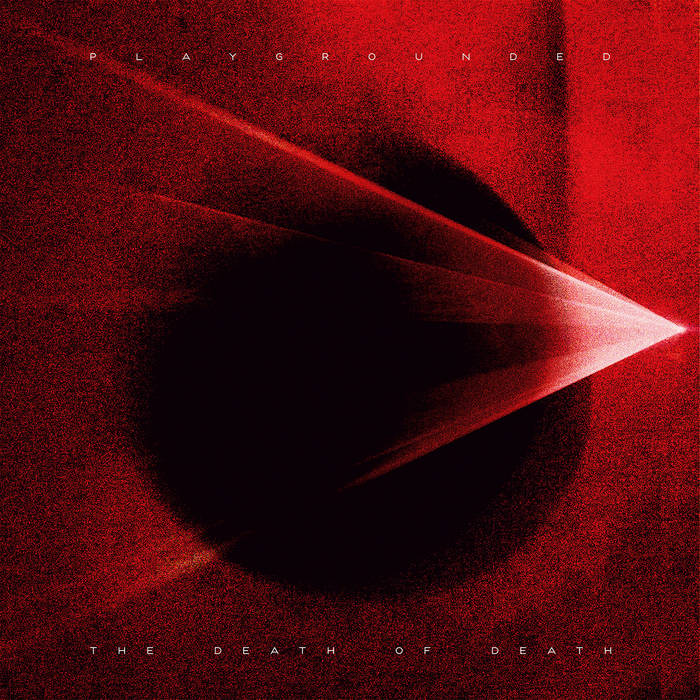 Prior to the release of “The Death of Death”, the third full length album by Netherlands based Greek prog rock outfit Playgrounded, I had barely ever heard anything from this band. I’ve had this album on the “to listen” list ever since its release in March earlier this year, and after finally getting myself to listen to it, the first thing I must notice is that this band seems to procrastinate riffs just as much as I seem to procrastinate reviews. The point here being that Tool fans should rejoice as we dive deep into the atmospheric dwellings of the band and noodle about in psychedelic bliss for a consistent amount of the album’s runtime. Yep, it’s a slow burner this one, but a rewarding one if such style happens to be your jam. So let’s get into the details and unpack this strangely peculiar piece of music.

The immediate Tool correlation might be the most cliche comparison one could come up with, but I can’t think of a better demographic for who might enjoy Playgrounded’s style. We’re looking at 6 songs spanning 40 minutes, and taking forever to reach a climax or actual hard hitting riff, or any semblance of a punch line. Underwhelming as that may be for some, it’s this precise quality to be patient that allows the band to weave a strange sense of peace and gradual evolution to their songs. The sound is heavily reliant on a thick deep sounding bass that reminds of The Ocean Collective, off beat noodling groovy drums and about a pint and a half of keyboard and special effect wizardry. Trying to sum up the feel of the album in a sentence, I’d say it’s a glimpse into the waking dreams of a half-asleep stoned alien. But metaphors aside, Playgrounded is playing a tight niche of intellectual music that will undoubtedly be a priceless hidden gem for the right audience.

Now that I’ve spent half a review making this band sound like a cheap knock-off of Tool (which they’re NOT), let’s get into what makes them unique. And that would definitely be the spacey atmosphere that comes across through the music, as well as the strong rhythmic intricacies that can be found through both the atmospheric and riffy parts. Such a moment can be found in the slightly Meshuggah-like chugs of the title track for instance. The interplay of drums and guitars over such sections is one of my favorite things about this band thus far. Additionally their ability to just surprise-kick into an open riff after geological eon’s worth of noodling about is utter brilliance. While so much of the music relies on slow gradual build-ups and fade-outs the occasional punch is such a satisfying contrast and we do get at least one of those in each song. And these sections are actually more reminiscent of The Ocean Collective than Tool.

While I can’t say I found a new favorite in this band, they definitely deliver a refreshing approach on the psychedelic end of prog rock music, and I can definitely see myself coming to this record when craving some old school sci-fi feels, because you can probably count on one hand the amount of bands that can elicit similar sensations out of their listener. Definitely check out this album at the band’s YouTube, Bandcamp or Spotify.