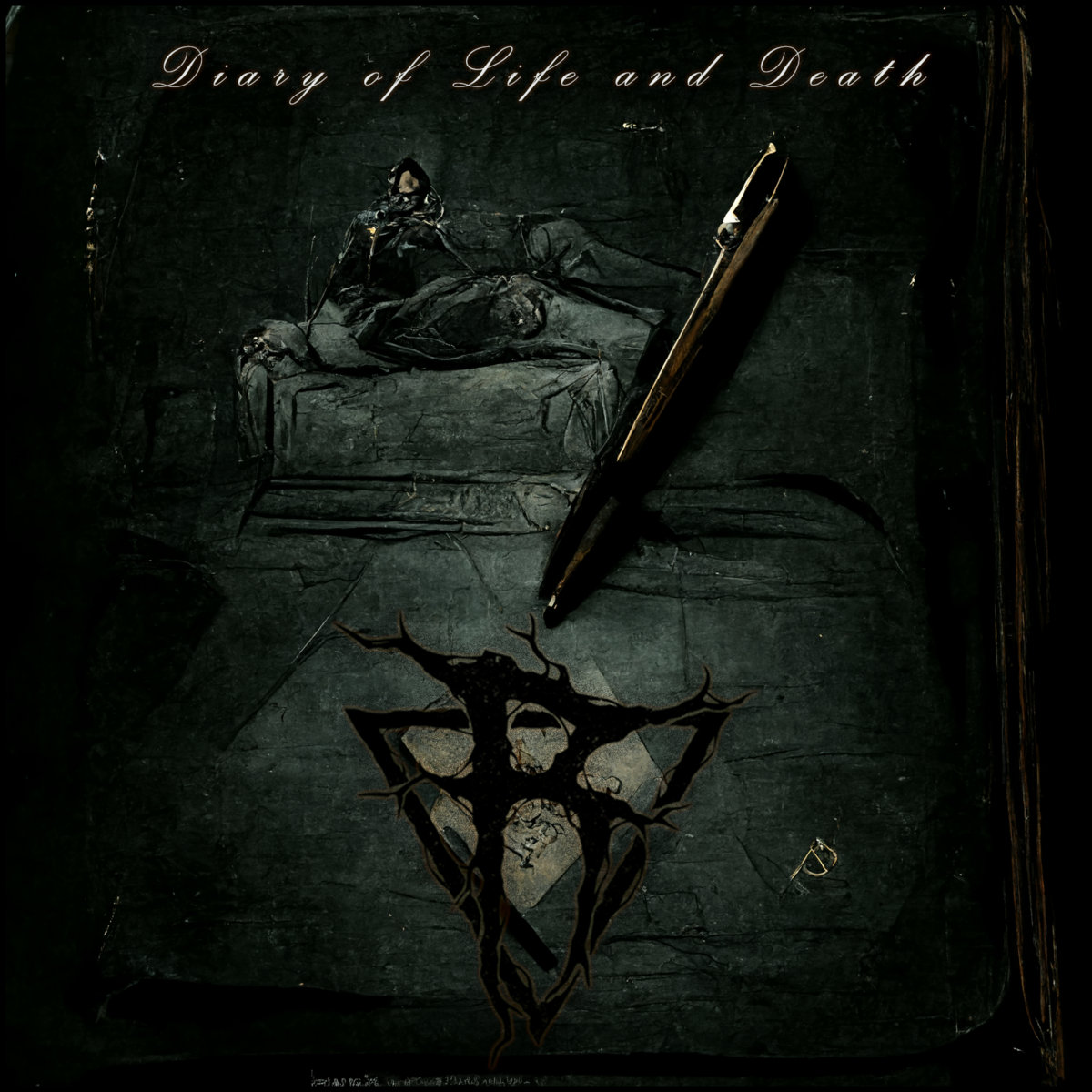 I’ve known and admired Raventhorn since the release of their previous album “Shadows of Lonehill”, and to this day regard them as one of the undiscovered underground gems of symphonic death metal. Their return with the new single “Diary of Life and Death” this past summer, a remake of their old song “Time to Live… Time to Die”, is however motivated by grim circumstances, seeing the unit’s affinity for storytelling redirected towards a new topic, one that sways away from fiction and instead to bring forward the all too real horror of war, and for more insight into the concept I strongly encourage you to read the band’s statement on their Bandcamp release.

The band’s inspiration from the likes of Carach Angren and Septicflesh is again obvious from the imposing, dark orchestral soundscape surrounding the music, and the corrosive texture of the harsh vocals in the song. We get an immersive and menacing symphonic intro leading into a simple yet effective verse-chorus structure to the song, after which the song culminates into an instrumental section with some stripped down tremolo riffs, galloping drums, and a tragic sounding end over a marching groove. The song feels less theatrical and more raw, gritty and flat in composition. And the overlay of clean and harsh vocals seems all too suggestive of the clash between the humanity of the protagonists and the horrors they are faced with. The way the vocals are integrated is really the peak of the song, giving the meat of its expressive value.

It’s not often that I take the time to write about a single song, but this one seemed worthy of an exception. Do check out Raventhorn on YouTube, Bandcamp and Spotify!