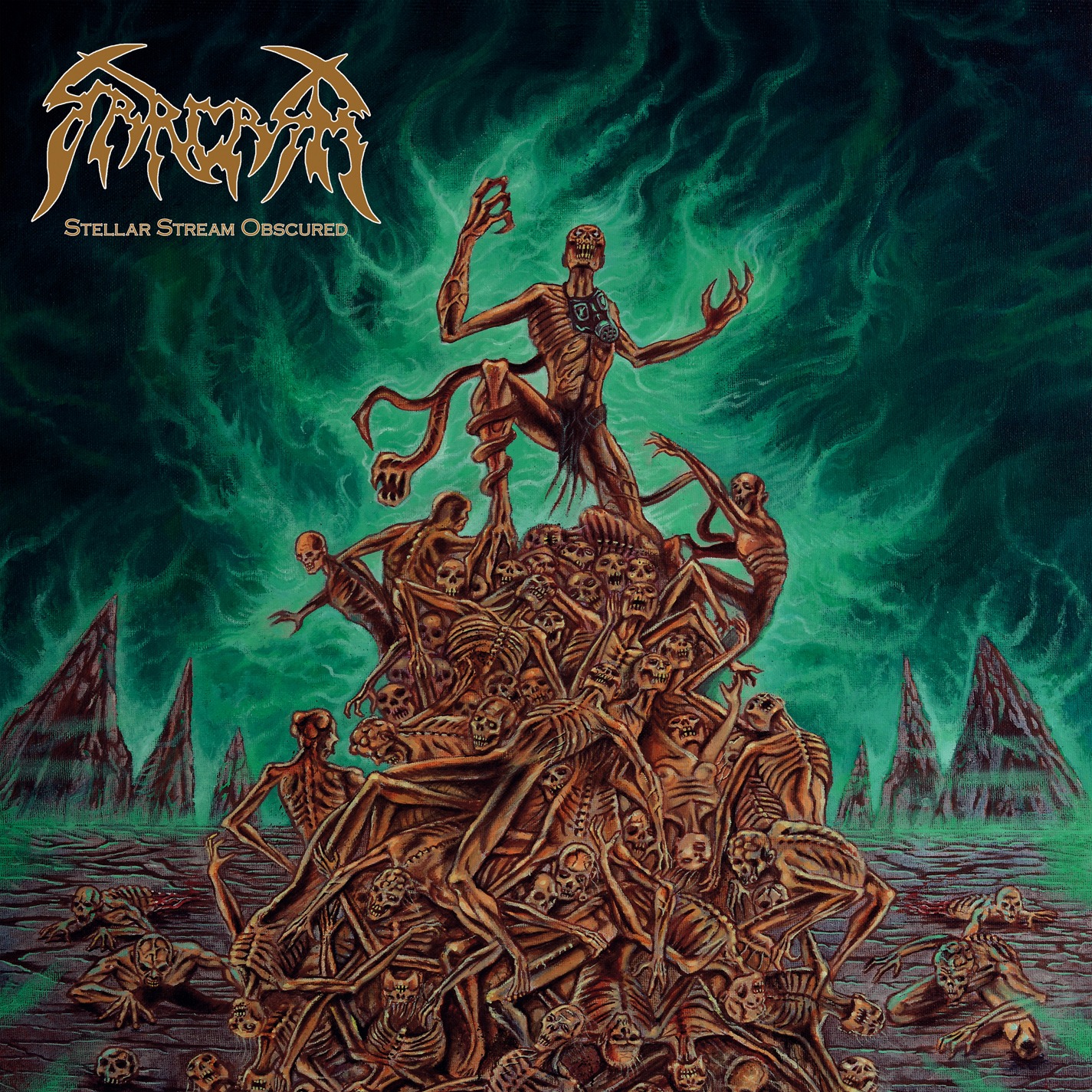 Sarcasm rank among those Swedish death metal units that don’t deserve to be dubbed with the “Swedeath” portmanteau. Not because they aren’t Swedish, obviously, nor because they have abandoned death metal entirely, though that’s closer to the truth. However, the current quintet who have recorded Stellar Stream Obscured bear little resemblance to the early ‘90s group of the same name that put out several demos up to 1994, recorded their debut full-length, and then broke up until 2015 when the album saw the light of day. Since the resurrection, only 2 of the former members have remained in the line-up, Oskar Karlsson passing away in 2016, while more recent output has balanced a distinctly Swedish sense of melody with diverse black metal elements and a shot of the old death. As a result, I see no call to lump them in with the Graves and Unleasheds of Swedeath, nor really to compare them to Sacramentum or Eucharist despite a fairly consonant sound palette. Sarcasm provide a more or less distinctive experience in extreme metal without incorporating any real oddities. 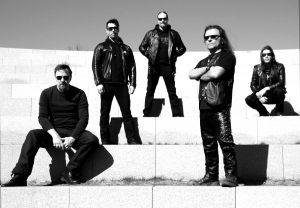 In a recent interview with vocalist Heval Bozarslan, he admitted that he always assumes vinyl as the medium when he thinks of an album’s structure, which explains why each of the group’s full-lengths to date have featured 8 songs arranged so that 4 would fit on each side, the slower songs tending to sit in third position for both front and back halves of the listen. The reason I bring this up is because such dedicated formalism very much opposes the freedom with which the Swedes play with uncommon instruments and leap between sections of their songs. Piano, for instance, plays a relatively important role on several tracks, while lead guitar works as something between a post-nuclear thrash metal staple and the airy explorations of a progressive group like Atheist. All this alongside almost uncannily familiar riffing choices that tug at the memory banks, and – oh yes – a concept story in 2 parts that deals with a post-apocalyptic world and most definitely some alien encounters.

The brilliance of this contrast is revealed by the brief time it takes to become accustomed to Stellar Stream Obscured and also the frequency with which it continues to entertain. Let’s take “Apocalyptic Serenity” to examine closer: purportedly one of the slower songs here, it takes on an epic vibe from the use of stomping pace aligned with Bozarslan’s powerful roars, bolsters that with cyclic melodies and a bit of cosmic keyboard during the chorus, then deals a mean bridge that breaks like the dawn into a neo-classical guitar lead which never grows technical but makes me nod along as if to Vivaldi. Though the pieces sound very much like a melodic death song attempting something a bit more than usual, the vibe proves a stunning twist, building up to the kind of epiphanic crescendos of melodic doom death masters such as Swallow The Sun, yet holding onto a bit of the menace present in black metal. From time to time, ripping tremolo riffs achieve similar ends in a more classic style, but the juxtapositions repeatedly skew mood away from the traditional arc. 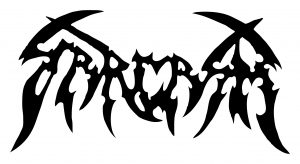 Despite the presence of the effectively straightforward 3 minute opener “Through the Crystal Portal”, much of the material seeks a share of complexity. With an average over 5 minutes per song, a fair amount of structural fiddling takes place, as well as numerous touches that promote interest over lengthy periods of listening. The way that “We Only Saw the Shadows of Life” occasionally doubles the intro riff while one guitar slides gradually out of harmony with the other spices up an already emotive guitar part, and at my count the same segment comes back in at least 3 different forms. “Let Us Descend” perplexes as much as it enthrals, beginning with a sad waltz of strings and taking in the second batch of narration across the 41 minutes, before skyrocketing like a blazing comet after 2 minutes of classical and choral curiosity. When the thrashy chorus riff drops in, I can almost see the circle pit open up. The only real disappointment comes with the second briefest track “The Spinning Tomb”, and for once Sarcasm sound easily identifiable, taking on American airs that remind me strongly of Deicide.

I must admit that I had some initial reticence about Stellar Stream Obscured (the cover art is much less appealing and the song length quite expanded from the excellent Esoteric Tales of the Unserene), but the range of the songwriting once again proves that Sarcasm should be reckoned as a real force among the Swedish extreme bands. Pulling off creaking doom death like “Ancient Visitors” alongside witty refreshers on catchy black and death riffing can’t be seen every day, certainly not with the attention to detail that the quintet include, nor with the overall coherence that the album manages to maintain. The melodic quotient should not be ignored, as the relative plainness of “The Spinning Tomb” demonstrates, and nor must the guitarists be underrated for their compelling lead contributions. All in all, Stellar Stream Obscured is precisely the kind of album that I want to see coming out of Sweden and soaring up into the galaxy.