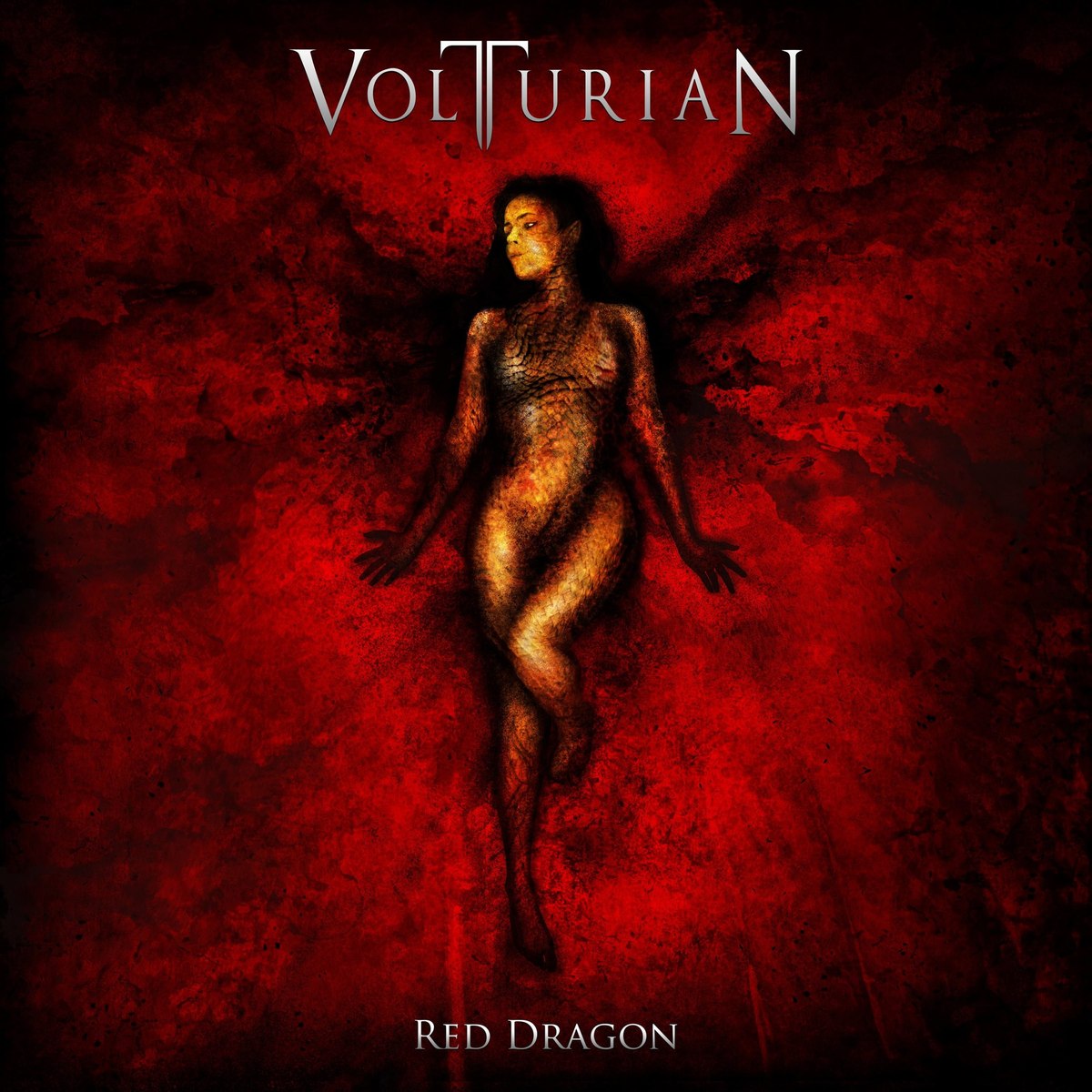 On paper Volturian are an interesting proposition, a supergroup of sorts of members of Italy’s large and vibrant undergound symphonic power and gothic metal scenes. In practice they are just as interesting although the band show clear signs of working to fully establish a separate identity for themselves. Despite a feeling of some growing pain, Red Dragon is a compelling and intriguing listen, at it’s best in fact when instead of melding symphonic power and gothic metal it is taking strong steps out into new pastures. Indeed one of the most exciting things about this act is that the group’s members all seem much more interested in generating new ideas than doubling down on their pre-existing creative ventures elsewhere. 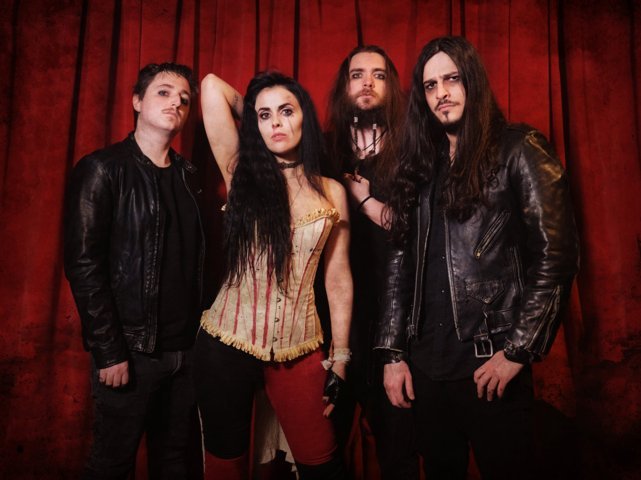 The core Volturian sound is a little hard to nail down but effectively it’s that of dark progressive melodic metal. Although not veering at any point into pure gothic atmospherics there’s a very tangible darkness to the vibe the act push towards, whether directly referenced in the lyrical content or implied through subtly engaged electronic elements. One of the things that is very enticing about this act for me with my more synth less symph background is the way that not only do Volturian rely largely on electronic symphonic aspects instead of orchestration, these aspects actually deliver the majority of the melody for each track, with guitars often predominantly being the rhythmic core. Federica Lanna provides a fabulous vocal performance throughout, powerful and intense but never dominating or overpowering the subtlety of the bands instrumentals.

Where things come a little apart is that there’s an overall feeling throughout a lot of the run of the album that Volturian are a band at a crossroads. It’s clearly important to all involved that Volturian sits distinctly apart as it’s own entity instead of being viewed as a branch of the core tree of any of the more established acts it culls its members from, but they are also very clearly still defining their own personality. As a result throughout Red Dragon there are multiple times where tracks don’t feel like they commit to one of the multiple poles of the band’s musical melting pot, instead awkwardly sitting in the middle, for instance lead single Harley just doesn’t feel like a single to me at all, it feels more like the band trying something on for size then comparing their notes. It’s a shame and somewhat frustrating, because when the tracks fully commit to one or another tangent of the act’s potential styles, the results are beautiful. Indeed when the band fully lean into a metallically infused synth-pop vibe on the brilliant Torn Asunder, or lay down bouncy riffs and an entrancing electronic backing on later album cut Bury Me, it’s clear to me that when the band are able to fully focus, they’re massively powerful. The band’s use of electronica is excellent, miles ahead of that of other acts in this scene and hopefully the act will build on this strength even further, as moments like the spine-tingling Descent or the way the electronics engage on Torn Asunder show this is a metal act who genuinely understand electro and are in no way just appropriating it to jump in on the retro synth movement’s buzz.

As such I’m looking at Red Dragon as very much the kind of sophomore that is a transitional progression for the band. It’s an experimental and brave album that isn’t afraid to fail and that bravery and commitment to growing as a band is infectious, so ultimately despite the fact that some tracks don’t quite land for me, the overall vibe of this record is one that is powerful and redemptive. It’s dark without being forceably miserable or cliche and full of moments of beauty without being overpoweringly saccharine. Volturian are clearly still trying on things for size and gradually defining themselves as a separate act from their lineup’s already established bands, and are inarguably growing here into a force to be reckoned with for the melodic metal underground of Italy. There are moments here that miss the mark for sure, but the moments that nail everything are electrifying.