‘Stare into the eyes of a lost son…’

As a music fan, we all have our unpopular opinions. That deathcore is incorrectly maligned thanks to the superficiality of the tip of the iceberg is one I will probably keep til either my grave or the time that the unfairly snubbed subgenre finally achieves acceptance or evolves into something else. In Kin, genre veterans Whitechapel have provided me with profound vindication, with what is not just one of the best deathcore albums I’ve ever heard, but one of the best pieces of music I’ve heard full stop.

One of the most common arguments levelled at deathcore by the anti-deathcore brigade is that it’s artistically redundant, a soulless, fretless exercise in providing endless moshparts and branded beer-coolers to the pit-crew at every show. This bracketing already pretty much fails on every level to cover Whitechapel, a band who’ve grown and experimented with every record. They’ve actively done their best to never care how they’re viewed by the media or the metal elite, instead focussing on what they do and never staying still, resulting in a brave and varied discography and a workrate that profoundly shames most of the bands the elite happily grant worship. 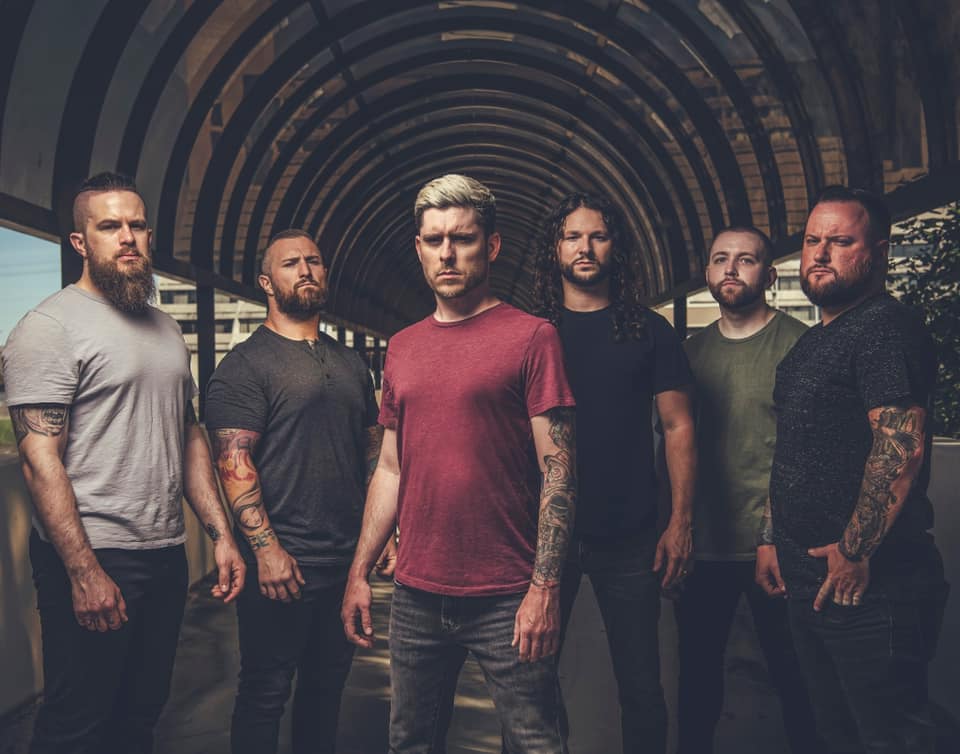 Kin offers perhaps the highest apex thus far of this tireless work ethic and complete disregard for either resting on their laurels or giving shit one about what some old dude in a battle vest thinks about deathcore. In terms of it’s content Kin is an ocean deep melding of artistic storytelling, conceptual writing and brutal honesty. Musically it is a whirlwind of fabulous ideas and many different genres fused together by master alchemists who have clearly reaped the benefits of ignoring the haters and focussing on making Whitechapel the best Whitechapel it can be. Deathcore, melodic death metal, post-grunge and even folk play a constant hard-trained relay race with each other throughout the run of the magnificent album. When the riffs hit they are vast waves of richly satisfying, not to mention intricate guitarwork, and they’re balanced perfectly with finely judged acoustic and atmospheric passages.

For a lot of the run of the band, while they’ve had their stereotypical knucklehead detractors, even the most vehement of bashers have given a bit of credit to the force of nature that is vocalist Phil Bozeman. I choose here to write a full paragraph on Phil himself because sweet mother of all that is good and holy, he nukes his performance from orbit here. Not only is he an utter chameleon here, able to flip between a pin-you-to-the-wall bellow and a deeply affecting clean, as a lyricist, Bozeman has weaved a dark, deeply moving tale of horror, loss and family dysfunction in Kin, a record that lyrically frequently left me with a lump in my throat. The beauty of Kin is that it’s not only musically varied, it’s emotionally deep and has a huge amount to give anyone who cares to listen. Although the musical sounds obviously play a big part of that, the thing that nails it down completely is Phil’s nuanced, profoundly personal performance as singer and lyricist.

As clearly covered, I’m all over this album like white on rice. However it’s important in my role as reviewer to be objective. In a way, this is definitely a record you have to have an appreciation of both soulful, emotive melodic metal and brutal, fist-pumping riff-centric extreme metal. It’s plausibly going to have the impact it has on me on less people than it could because of how it covers an entire spectrum of heaviness. It’s again a huge testament to the hard work of the gentlemen involved though that Kin is in no way lurching or schizophrenic. It flows between the heavy and the introspective naturally, like a river of emotive brutality.

Also while I feel (-ahem- clearly -ahem-) that it’s successful in not doing this, there is an issue with deathcore that the more artistic and more emotively driven records become too pretentious and don’t deliver enough heavy to the listener. Personally, I’d argue anyone saying this here is inarguably wrong, this is no change-your-style-to-get-bigger-sales album where the musical style and genre has completely utterly changed to jettison the original identity of the act. This is as Whitechapel as This is Exile, just from a band a further 5 albums down the road. The lighter strains of achingly beautiful tracks such as Orphan or History is Silent are still driven forward by urgent rhythms and pounding riffs. This is not to mention the way they’re balanced out across runtime with the ‘older and wiser but still White-freaking-Chapel’ crushers such as downright furious opener I Will Find You or the titanically heavy, earthshaking opening to the fantastically varied Without Us.

With Kin, bluntly put, Whitechapel have made my head explode. This is a near pitch perfect exercise in successfully making deathcore moving, varied and profoundly deep. While they are in no way alone in proving without a doubt the relevancy of the genre with smart, intelligent and personal music that will still blow your head off at fifty paces, they’ve brought every single part of their veteran knowhow to bear on this bruising, emotionally affecting slab of musical mayhem.

If you already like deathcore or Whitechapel, you need Kin in your life. This record should be treated as directly important to you as getting your vaccine pass to go to shows again. If you’re on the fence yet to leap into the trench with deathcore, you need to start here. Whitechapel have created what should be the new genre benchmark with this album. This wildly inventive, deeply personal and hugely moving cut of prime soulful extreme metal deserves to be the yardstick by which all future deathcore albums are judged.