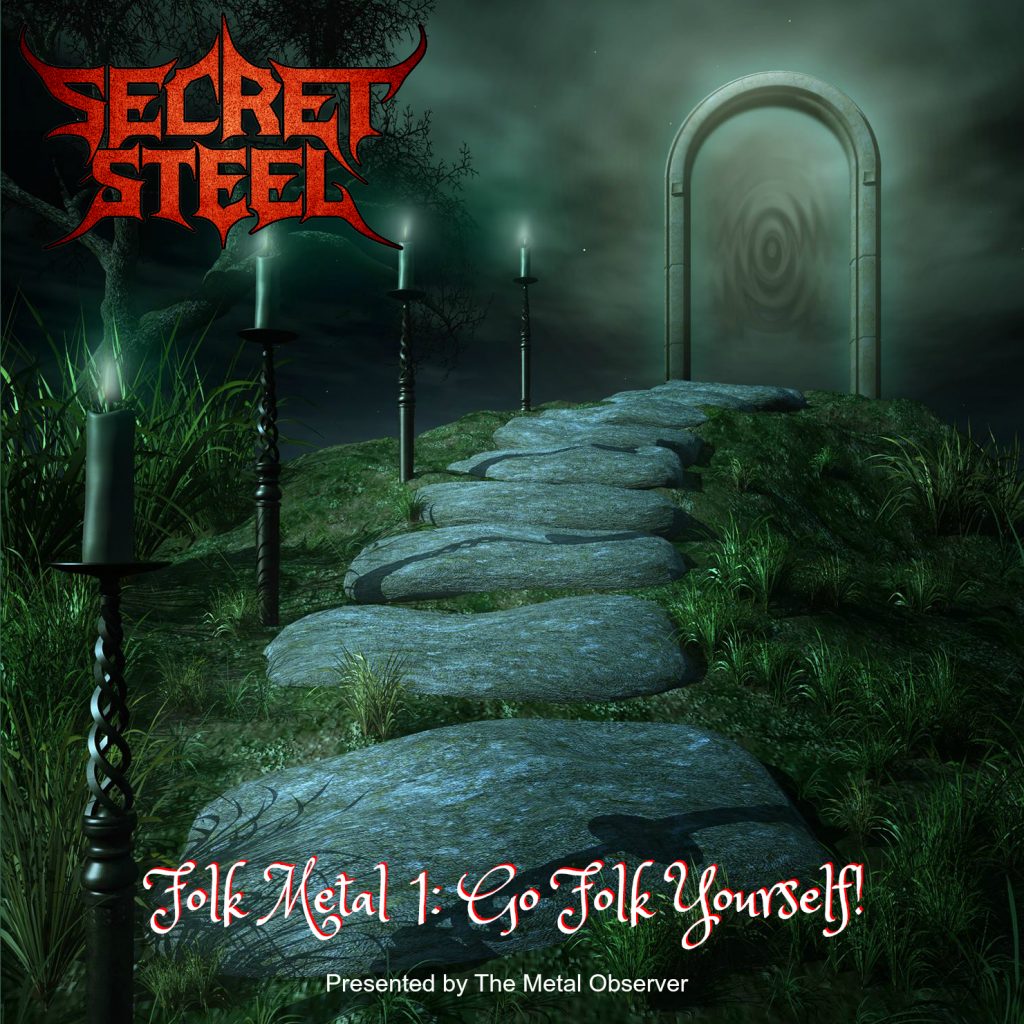 After our excursions into “Power Metal 1: Genesis” and “Death Metal 1: At Death’s Door”, we have scoured the forests, swamps and mountains and brought back 12 of the best unsigned folk metal bands there is!

Have fun discovering these awesome bands, for more information please look below! 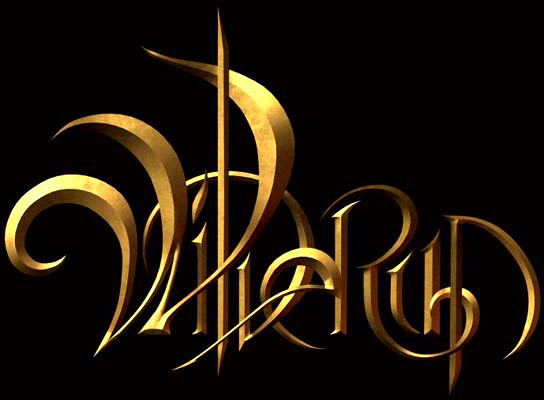 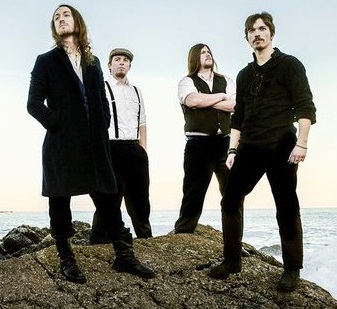 The US has long been one of the few big countries without much of a folk metal scene. Since the genre’s roots lie in combining native folk songs with metal music, each country has a different take on it. The challenge for the US is that we are primarily a country of immigrants and have no native culture. Enter Wilderun, a symphonic folk metal quartet from Boston. Led by Evan Berry, this band boasts innovative riffs that are complimented wonderfully by excellent folk instrumentation in the form of mandolin and hammered dulcimer. Evan’s clean vocals are like those of a poet and his harsh vocals are badass with some lyrical intelligibility. At the end of the day though, what makes Wilderun different are the glorious symphonics they employ, setting the tone for their epic music without being overbearing. “Garden of Fire” starts with an insanely catchy riff and barrels through a bunch more great riffs over the course of almost 10 minutes, weaving sweeping symphonics and folk melodies into the song’s lush soundscape. 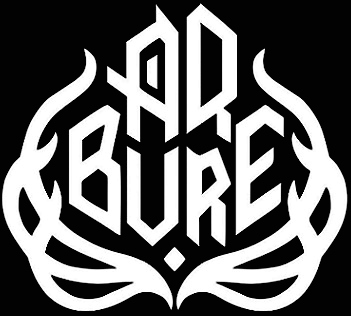 Within the Russian Federation there are countless republics and states, with Tatarstan probably being one of the proudest to be found. Not only does it boast a nice number of metal bands, such as Alkonost or Grai, but it is also the home of Aq Bure (Tatar for White Wolf) and their unique take on folk metal. While not incorporating a single folk instrument into their sound, the band is unmistakably folk metal, even though they take on a far more atmospheric side than most others, with the unique Slavic lead melodies and airy vocals creating a very serene and melancholic affair that will warm folk metal fans’ hearts. “Umurzaya” is one of the band’s newer songs, released on an EP of the same name and it shows all trademarks of Aq Bure’s sound as an oasis of tranquility in the folk metal fest around it. 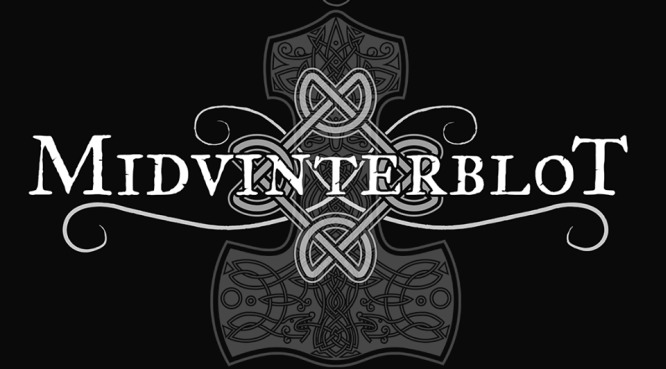 The wild Northern mountains of Sweden are a ripe atmosphere for folk metal of this calibre. The grandiose melodies and almost nomadic sounds of Stockholm’s Midvinterblot instantly conjure up images of frozen forests and snowy hills. Icy growls, haunting backing vocals, that sense of authenticity from the rustic flute…it’s the perfect recipe for a memorable but immersive folk metal experience. Any fan of Sventoyar or Wolf Rahm will instantly hook themselves onto the bouncy rhythms and anthemic melody lines of “Skymning” – a wholesome journey through many different atmospheres and environments, but all under the wintery umbrella of Midvinterblot’s trademark sound of the wilderness. 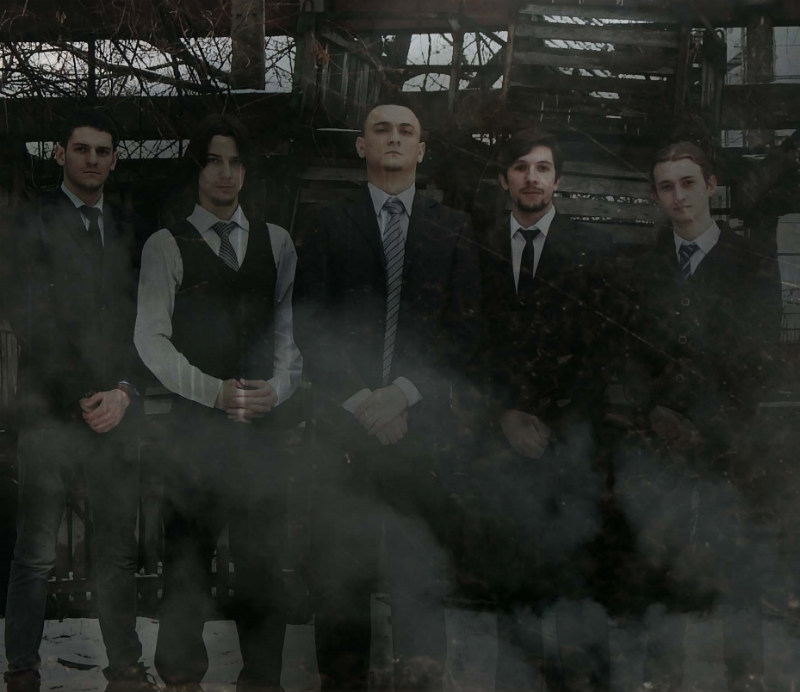 Moldovan export Harmasar are of a unique breed. On paper, the fusion of authentic instrumentation with gritty heavy metal sounds quite ordinary for a folk metal act. However, the rustic sound of the pan flute and violin are so integral to the composition of each track, what could be construed as a silly jig comes across both noble and elegant. Perhaps it’s the sheer brutality of certain riffs; perhaps it’s the gruff vocal harmonies reminiscent of Heidevolk; or perhaps it’s the sense of total devotion to one’s country of origin – in any case, it adds up to a magical formula which will have any folk metal fan returning to Harmasar again and again. 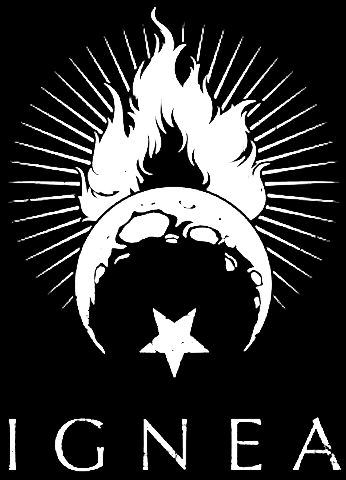 Rising from the ashes of Parallax, Ignea are one of the hottest newcomers in metal in the past few years. Taking inspirations from oriental music, folk and symphonic metal, they don’t shy away from heavy, modern sounding guitars and growls to accentuate the otherwise highly melodic music. Helle Bogdanova’s clear voice (coincidentally she is also responsible for the growls in the band’s sound), creates a powerful, contemporary album that plays all its cards right. Thunderous drums meet fragile atmospheres, strong clear vocals meet fierce growls, lush melodies are complimented by an immensely clear and powerful production. While the level of folk content depends on the song, there often are middle eastern scales and melodies running through the Ukrainians’ emotive compositions and “Alexandria” is no exception, lyrically touching upon the legendary Egyptian city and musically uniting pretty much all of the band’s stylistic elements into one dynamic, exciting song. 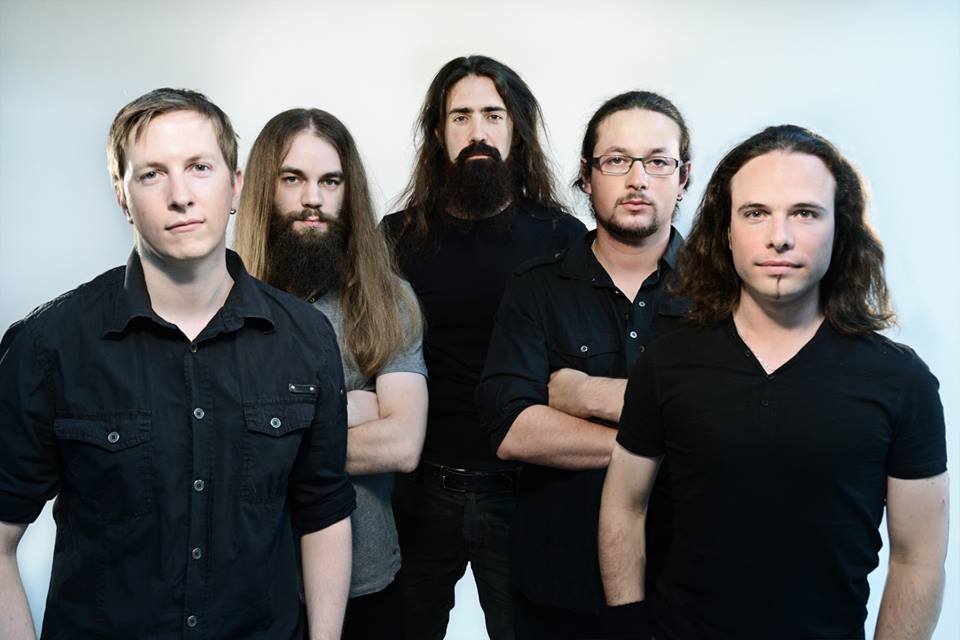 Covering the more extreme side of the folk metal spectrum, the Frenchmen of Drakwald lean far more towards death metal than most on this list. However, that infusion of the flute, whistle and occasional bagpipes ensures the folk tag is still applicable. Although they utilize some epic choral vocals as back up material, the wholesome growls of Thibaud are the prime focus. Brutal riffs abound, an impressive production job, and some infectious melodies – Drakwald bring the best of European melodic death metal and fuse it with the pagan folk-ness of similar acts such as Eluveitie, but with a far more sincere approach. 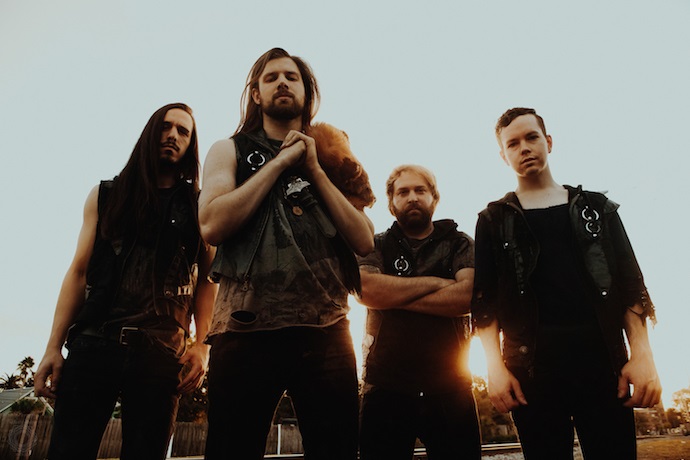 North Carolina has a pretty solid metal scene but it is probably not the first place you would look for a melodic death/folk metal band. However, that is exactly what Aether Realm play and they do so with plenty of energy. Like many bands in the genre, Aether Realm’s lyrics revolve mostly around mythology and fantasy. The difference is that these guys place greater emphasis on symphonics and heavy riffs while also making sure to have fun. Sometimes, the keys actually showcase a somewhat subtle symphonic black metal influence that is a breath of fresh air into the genre. Frontman Heinrich Arnold has those classic melodic death metal harsh vocals with enough lyrical intelligibility to keep the listener engaged, and with creative riffing to boot. The folk metal portion of their sound is found primarily in guitar melodies and the keyboards instead of folk instruments. “King of Cups” shows the lighter side of Aether Realm with stomping riffs, light-hearted keys, and a fun guest vocal appearance from Chris Bowes singing about every alcoholic beverage known to man. It is good time music of the highest order and as such, it should be played at top volume! 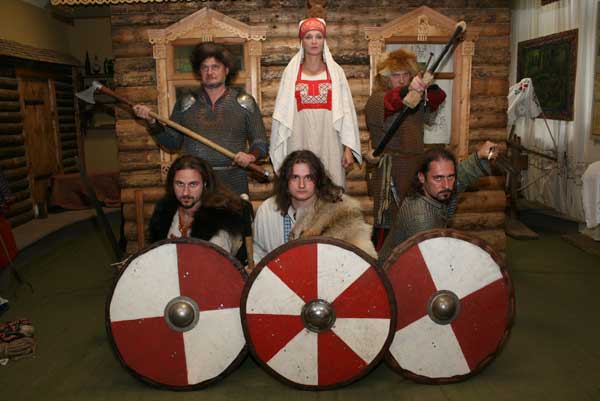 Formed from the ashes of Pagan Reign, Tverd are among the best of the sea of great Russian folk metal bands. Although it has been 11 years between albums for Vetrodar and company, they have picked up right where they left off with an epic adventure of a sophomore album. Like most of their peers, Tverd relies heavily on native folk instrumentation to create a fun, light-hearted atmosphere. Their riffs are incredibly purposeful and high quality overall despite not being the heaviest band out there. What separates Tverd from the rest of the pack are Alexander Ivanov’s clean vocals, which display a lovely operatic tone. Russian can sometimes sound gruff when sung but in his hands, it almost sounds beautiful. Nicely offsetting Ivanov’s operatic vocals is Svetlana Lebedeva, who has a softer, more soulful approach that still has enough power to cut through the mix. “Testament of Kynaz’ Rurik” showcases the talents of every member of the band, with Svetlana’s vocals and Vetrodar’s riffs and folk instrumentation being the biggest standouts. 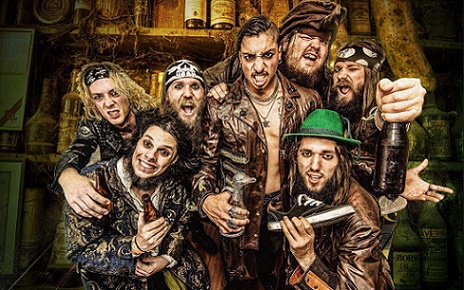 Scotland’s Alestorm may have popularized the theme of pirates in metal music, but the scurvy crew of Lagerstein have positively submerged it with the sense of fun the sub-sub-genre needs. Hailing from Australia (and not hiding their accents one bit!), the buccaneers of the S.S. Plunderberg already have two full-length albums of remarkably jolly jigs to immerse yourself in. Both albums come in beautifully-designed packaging, complete with a treasure map and a cast list of the band members including The Majestic Beast and Rummy Rackers. This is folk metal for metalheads who aren’t afraid to smile!

The award of least pronounceable name of “Go Folk Yourself” undoubtedly goes to Canadians Thrawsunblat. Hailing from the Atlantic province of New Brunswick, their sound is a wild concoction of black, folk, progressive and some other trace metals, but coming together in ultimately grandiose fashion. Their third album Metachthonia is a tour de force through the metallic prairies, liberally crossing and blurring genre borders, processing more ideas in one song than many bands on whole albums. The magic of Thrawsunblat is that despite that, the songs remain always accessible and even downright catchy! “Fires That Light the Earth” is the opener of Metachthonia and basically is Thrawsunblat in a nutshell (nothing smaller than coconut will suffice) flying through atmospheric passages, double-bass, blastbeats, growls and cleanly sung parts, playful lead guitars and literally everything in-between and manage to make all of this one brilliantly flowing song. 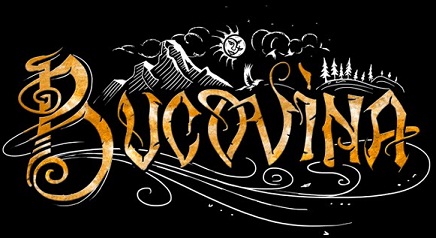 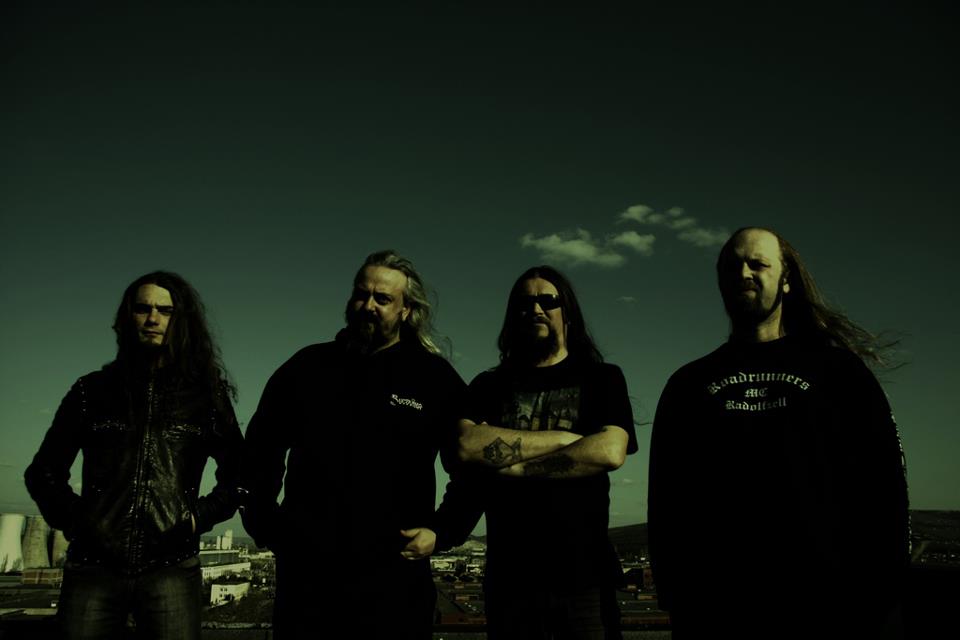 Bucovina are one of the most experienced bands on “Secret Steel – Folk Metal 1: Go Folk Yourself” with three full-length albums and a few additional EPs and singles under their belt, and also one of the most distinct. Spearheading a small, but highly potent folk metal scene in Romania together with bands such as An Theos or E-An-Na, the quartet utilizes beautiful lead guitars to set the scenery and the dual vocal attack of Florin “Crivăț” Țibu and Bogdan Luparu. This makes them one of the few bands that manage to play pure folk metal without actually using any folk instruments. Having built a sizable following via relentless touring, it borders on criminal negligence to see a band of this calibre still without a decent record deal, but this does not seem to be a detriment to their musical prowess. Both Sub Stele and Nestramutat are prime examples of the potential both the style and the band has, with the single “Asteapta-Ma Dincolo (De Moarte)” paying tribute to a metalhead that sacrificed his own life while rescuing others from a burning club. “Carari in Suflet” is taken off their last album Nestramutat and highlights the band’s unique sensitivity for catchy melodies that just refuse to get shallow or grow stale. 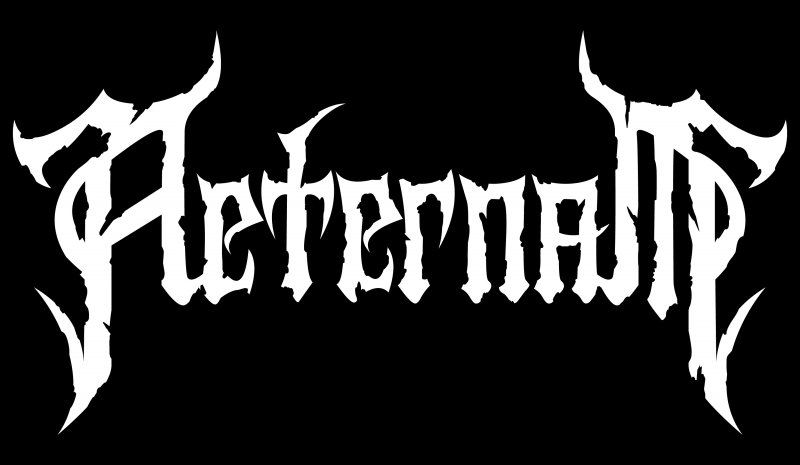 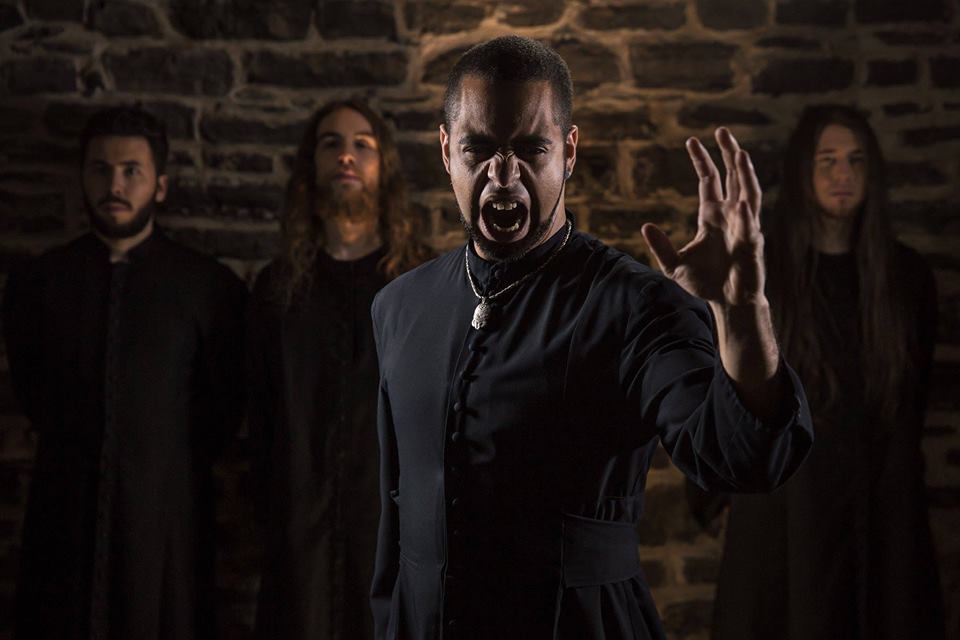 Canada has always produced interesting and high-quality metal bands and Quebec natives Aeternam are no exception. They expertly combine the atmospheric brutality of symphonic death metal with the intricacies of middle-eastern folk metal. This combination creates a unique sound that has made them one of the most well-respected bands in the genre. Achraf Loudiy’s harsh vocals are brutal but the lyrics are very intelligible and his clean vocals have a wonderful middle-eastern tinge to them that really suits Aeternam’s sound. His riffs are pretty heavy as well. At the back end, you have Antoine Guertin, who is one of the most underrated drummers in metal. This guy does so many things extremely well and nobody talks about him. He has incredible percussion sense, his fills are always interesting and when Aeternam go full death metal, Antoine blasts away with the best of them, complete with speedy and interesting double kick. “Damascus Gate” starts with excellent middle-eastern percussion before launching into a killer riff with a really catchy guitar melody. It showcases Achraf’s range as a vocalist and Antoine’s drum prowess beautifully and is everything you could want in an Aeternam song.

We also just have to give credit where credit is due: Our awesome logo has been created by ModBlackmoon, all hand-drawn awesomeness and for great prices as well! And the amazing cover artwork has once more been donated by none other but (former) TMO Brother of the first hour, Manu Inhester!

And we had asked you to stay with us until the end, right? Click on the cover below to get to our previous editions “Power Metal 1: Genesis” and “Death Metal 1 – At Death’s Door”! 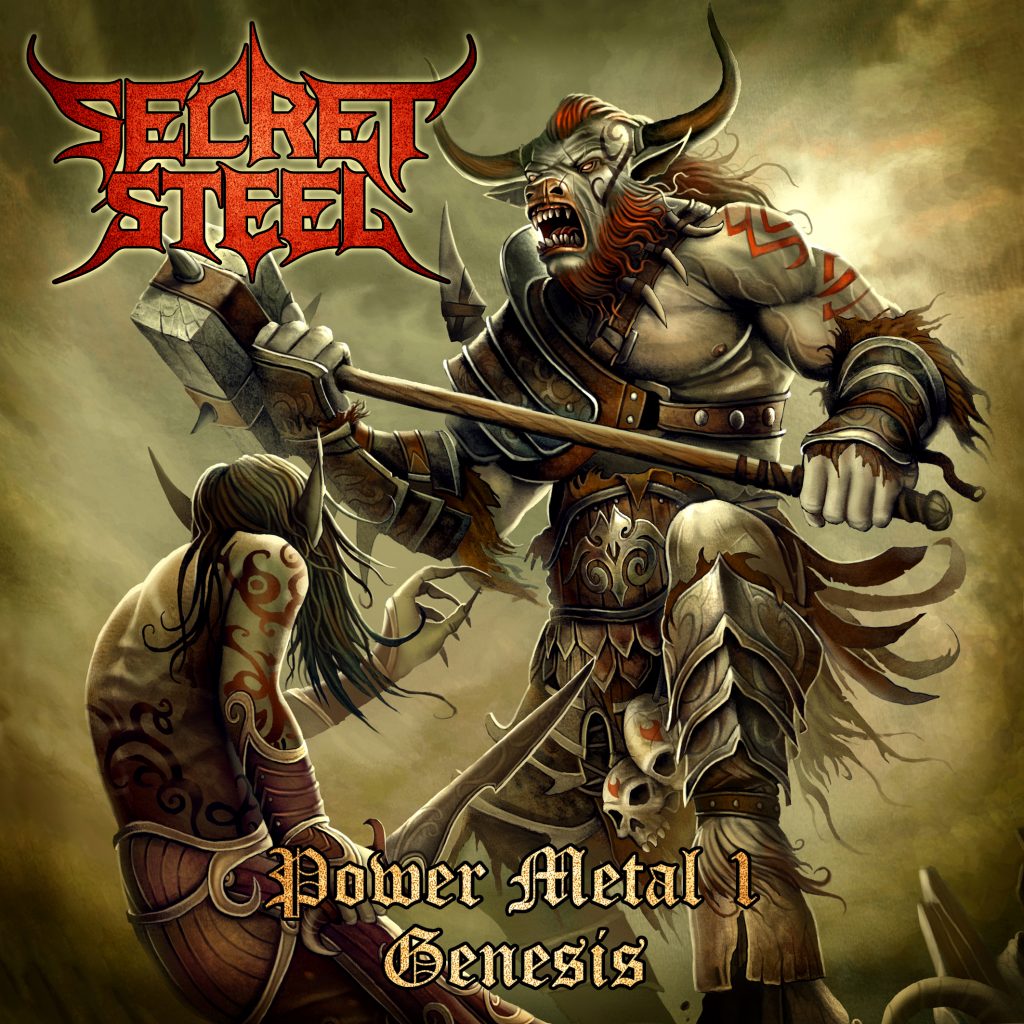 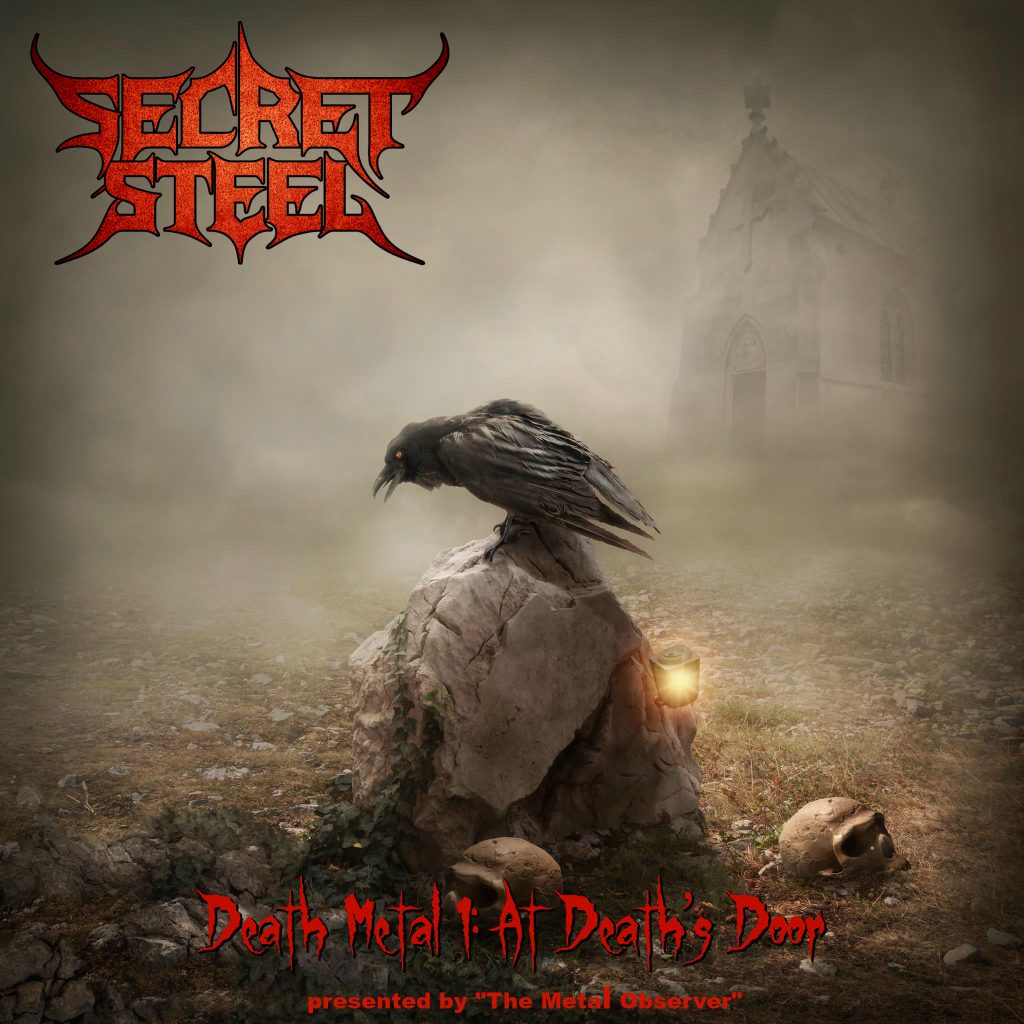 If you have any comments, questions or recommendations for bands to feature here, you can send us an email at secretsteel [at] metal-observer [dot] com (sorry for the code, but spambots are everywhere!)